The Shadow Sisters Series: THE SHADOW RYANA and THE SHADOW GYPSY by C.R. Daems Classic Mystery Library: THE FORSAKEN INN, AGATHA WEBB and THE WOMAN IN THE ALCOVE by Anna Katharine Green

The gentleman-thief; the man of many faces; the purveyor of Parisian crime; the renegade with a moral code of his own: welcome to the page, Arsène Lupin. 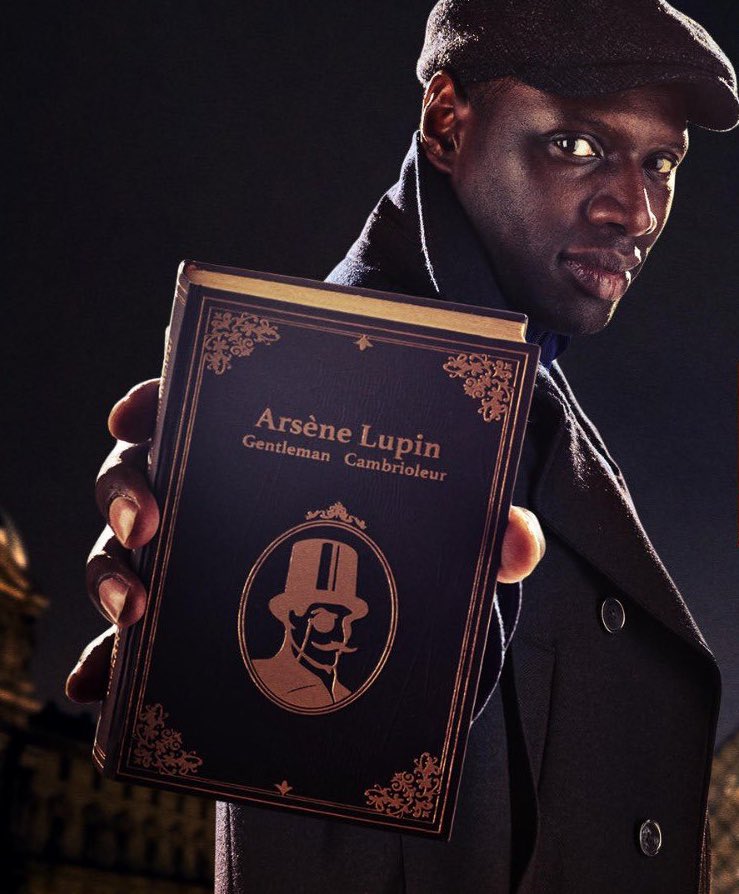 And to the screen! Inspired by the adventures of Arsène Lupin, gentleman thief Assane Diop sets out to avenge his father for an injustice inflicted by a wealthy family in Netflix’s Lupin.

When French film star Omar Sy was asked to name his dream role, he explains, “If I were British, I would have said James Bond,” Sy told the New York Times. “But since I’m French, I said Lupin.” In France, the fictional gentleman thief created by novelist Maurice Leblanc in 1907 is considered as iconic as Sherlock Holmes. “He’s playful, he’s clever, he steals, he’s surrounded by women,” Sy explained. “Plus, he’s a character who plays characters. For an actor, he’s the best.”

We couldn’t agree more. In fact, Skyboat and Blackstone published TWO short story collections – including one original compilation – featuring the one and only Arsène Lupin. So, after binging the Netflix series, dive into the audiobooks! 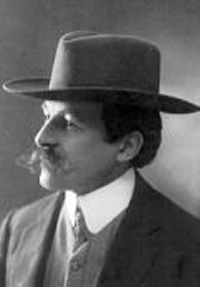 Maurice Leblanc (1864–1941) began as a journalist before turning his pen to short stories. He is best known as the creator of gentleman thief and detective Arsène Lupin, who was a more dashing and gallant version of Sherlock Holmes, whom many referred to as Lupin’s English counterpart. He is credited as saying, “Lupin follows me everywhere. He is not my shadow. I am his shadow.”

And, of course, when you have a classy gentleman-thief, you need equally classy narrators. Skyboat’s Stefan Rudnicki and Gabrielle de Cuir were joined by Maxwell Caulfield, Juliet Mills, and John Lee. 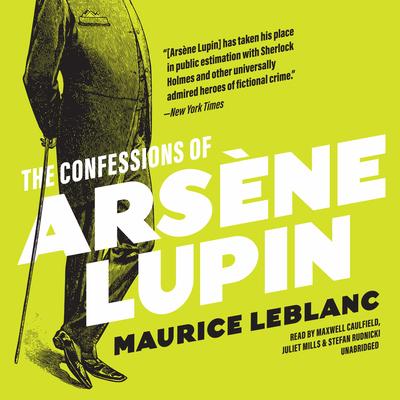 The outrageous tales of the gentleman thief Arsène Lupin

In “Two Hundred Thousand Francs Reward!,” it has been a fortnight since the baroness Repstein disappeared from Paris, taking with her a fortune in jewels stolen from her husband. French detectives have chased her all over Europe, following the trail of gemstones like so many precious breadcrumbs, but she has eluded their efforts. When Arsène Lupin finds her, she will not escape so easily.

Meanwhile in “The Wedding-Ring,” a wife desperately tries to outwit a husband set on divorce and willing to use their son as a pawn. A greedy stepfather, a strange car accident, a false wedding announcement, and more are woven through the rest of these thrilling tales, in which the cunning gentleman thief outwits both policemen and criminals time and time again, always making sure to pocket something for himself.

The Wedding-Ring – read by Juliet Mills

The Sign of the Shadow – read by Stefan Rudnicki

A Tragedy in the Forest of Morgues – read by Stefan Rudnicki

After getting our feet wet, we Skyboaters decided to create our own original compilation of stories, including an introduction written by Alison Belle Bews. The fun continues with an appearance from the one and only… Herlock Sholmes…

“In the original compilation from Skyboat Media and Blackstone Publishing, AN ARSENE LUPIN CASEBOOK, we follow Lupin through his earliest attempts at gentleman-thievery and through some of his greatest triumphs.” –Excerpt from Introduction 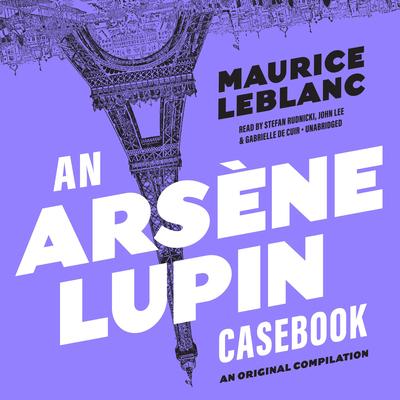 Discover the many faces of Arsène Lupin as you’ve never seen them before in this original compilation from Skyboat Media and Blackstone Publishing.

Arsène Lupin boldly makes a name for himself in “Madame Imbert’s Safe” as he attempts to steal from a couple who may be hiding more than just money, and flaunts his keen eye as he traces a cold case in “The Queen’s Necklace.” In “The Arrest of Arsène Lupin,” passengers onboard a transatlantic steamer fear for their valuables when the captain announces that Arsène Lupin has snuck onto the ship … and he could be disguised as anyone. In “Sherlock Holmes Arrives Too Late,” Lupin goes head-to-head with Holmes, but someone from Lupin’s past may get in the way.

Just when it seems like Lupin is in a criminal league all his own, Herlock Sholmes appears. Similar to the famous English detective (but, owing to the complaints of Sir Arthur Conan Doyle, possessing an entirely different name), Sholmes travels to Paris to solve the case of the stolen blue diamond. Monsieur Lupin must employ all his ingenuity to avoid arrest and protect his reputation as the greatest thief the world has ever known. With daring escapes and intricate heists, this compilation showcases Lupin at his most cunning—and his most outrageous.

The Arrest of Arsène Lupin – read by Stefan Rudnicki

The Escape of Arsène Lupin – read by Stefan Rudnicki

Light in the Darkness – read by John Lee

An Abduction – read by Stefan Rudnicki and John Lee

The Second Arrest of Arsène Lupin – read by Stefan Rudnicki

So, after binging the Netflix show, dive into the REAL stories. Purchase your copies of THE CONFESSIONS OF ARSÈNE LUPIN and AN ARSÈNE LUPIN CASEBOOK today!