The Demon Princes Series by Jack Vance. Audiobooks read by Stefan Rudnicki. Maracot Deep and The Coming of the Fairies

“There are constant surprises, cliffhangers, reveals, and moving sentimental epiphanies throughout these adventures, and at times a Vancian flair for dialogue.… If you are craving a book that will transport you ‘beyond the fields we know,’ then Underneath the Oversea is your magic striding giant or floating barquentine.” –Paul di Filippo, Locus Magazine Review 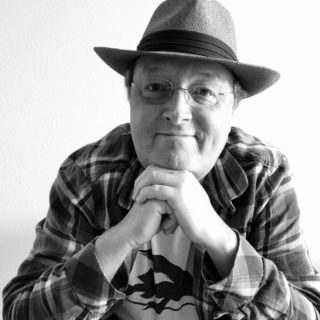 Marc Laidlaw has been publishing science fiction and fantasy for over 40 years (his first story appeared when he was only 17!) After publishing a number of novels, he added game design to his repertoire of skills, becoming the lead writer of Half-Life. Lucky for us, he has continued to write short fiction, including a set of fantasies involving the adventures of a fantastical bard named Gorlen Vizenfirth living in a marvelous world.

UNDERNEATH THE OVERSEA and THE GAROYLE’S HANDBOOK follow the exploits of Gorlen Vizenfirthe and the motley crew he calls family. As Paul di Filippo promises in his Locus Magazine review, “And enjoy it you surely will! Laidlaw’s tone and his whimsical, low-key yet alluring inventiveness have a light, eternally fresh style, not anchored to any one era.” Paul goes on to praise the way in which Marc “chronicles the rising of the ocean, the nature of an aerial suspended body of water, and the strange environment of the bare sea floor as if they were a Big Dumb Object, or alien world. In other words, he invents and conveys – by deft descriptions and metaphors – the tangible physics and impacts of these phenomena like Stephen Baxter giving us Raft or Larry Niven giving us The Integral Trees or Karl Schroeder giving us Ventus, and yet the result is not sheer mechanics, but marvelous fantasy.”

And what better vessel to board for a trip across the Oversea than a Skyboat? So it’s no surprise that Skyboat’s Stefan Rudnicki jumped at the chance to not only publish Marc’s work under the Skyboat banner but also to narrate it himself. Directed by Alison Belle Bews, Stefan immersed himself in Marc’s ingenious world filled with “vivid and outrageous” characters and praised Marc’s creative storytelling as “reminiscent of the bards of old.”

“This is all really a delight. Everywhere there are wonders – the imagination of the author is a marvel. The novel remains at the same time light-hearted and quite serious – the stakes are high, there is much danger and some loss; but also there is comedy, and sweetness, and love. I was enchanted the whole way through.” –Rich Horton, Black Gate Magazine Review 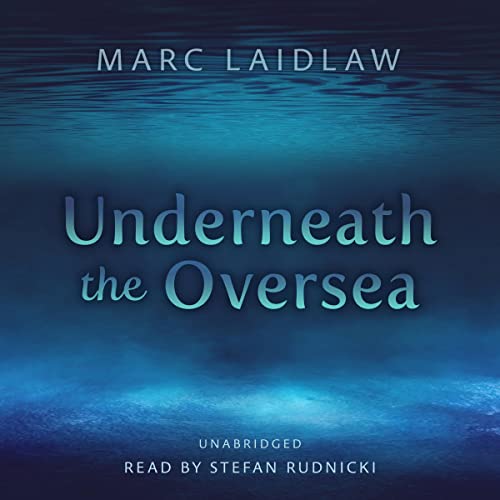 UNDERNEATH THE OVERSEA (The Adventures of Gorlen Vizenfirthe, Book 2) by Marc Laidlaw

The ocean is rising…. Straight up!

“On a bluff above the sea lived a gargoyle, a tree, two bards, and their various children.”

Gorlen and Plenth, the wandering bards in question, have quit a life of rambling to raise their daughter Aiku in peace at the edge of a curious sea. Aiku’s other father is the gargoyle Spar, who is also husband to a songwood tree and father to a young grove. It’s no more unusual than most families, and their life no less ordinary…until one extraordinary day, when the messenger birds Aiku loves begin to deliver ominous notes and soon flap away in a frenzy, like a storm fleeing before an even greater storm.

Their warning, meant only for birds, becomes clear to all when the ocean abandons its bed and sails into the sky, carrying off all its denizens (not to mention every ship), while revealing an eerie land of murk and mystery below.

While some might hesitate to plunge into that vaporous realm, for our heroic parents, waiting is not an option. For even as the ocean rose, Aiku was carried off to the lands beneath it, caught in a conflict between elder guardians and illicit sorceries. With no idea what they’re getting themselves into, our bards and gargoyle head straight into the dim new world. Will the levitating sea crash down again and drown them? Or might it float away to the stars, taking Aiku with it?

Only in the depths beneath the Oversea, at a place of power where ancient forces forgotten and forbidden converge, will all the pieces and the players come together. The stakes, and the tides, have never been higher. 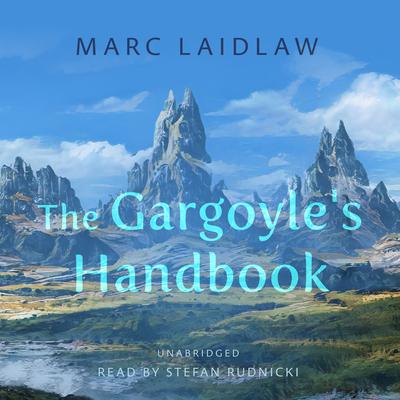 THE GARGOYLE’S HANDBOOK (The Adventures of Gorlen Vizenfirthe, Book 1) by Marc Laidlaw

From the writer of the blockbuster videogame Half-Life, ten stories of the bard with a gargoyle’s hand

For over a quarter of a century, Gorlen Vizenfirthe has entertained fans of wandering bards. Famous for playing his silver-strung eduldamer with one hand of flesh and one of stone, he has traveled from the dankest dens of Dankden to the desiccated domiciles of Wumnal Wells, first in search of a gargoyle with a hand of flesh, and then, partnered with said goyle, on the trail of the elusive wizard who swapped their hands in the first place.

The Gargoyle’s Handbook collects for the first time all the Gorlen tales that take place before the events of the novel, Underneath the Oversea. Herein are short stories about sinister cats and singing ships, novelettes of musical curses and trap-setting birds, novellas of transmogrified pilgrims and metaphysical moths—well over a hundred thousand weird and wonderful words, which is barely enough to describe Gorlen’s world.

For fans of Jack Vance, Fritz Leiber, or sword and sorcery with more stringed instruments. For listeners of Underneath the Oversea curious to learn how Gorlen found his family. Or for those who simply want a pocket guide to strange new lands. The Gargoyle’s Handbook might be just the handy manual you’ve been looking for.

Purchase your copies of UNDERNEATH THE OVERSEA and THE GARGOYLE’S HANDBOOK today!