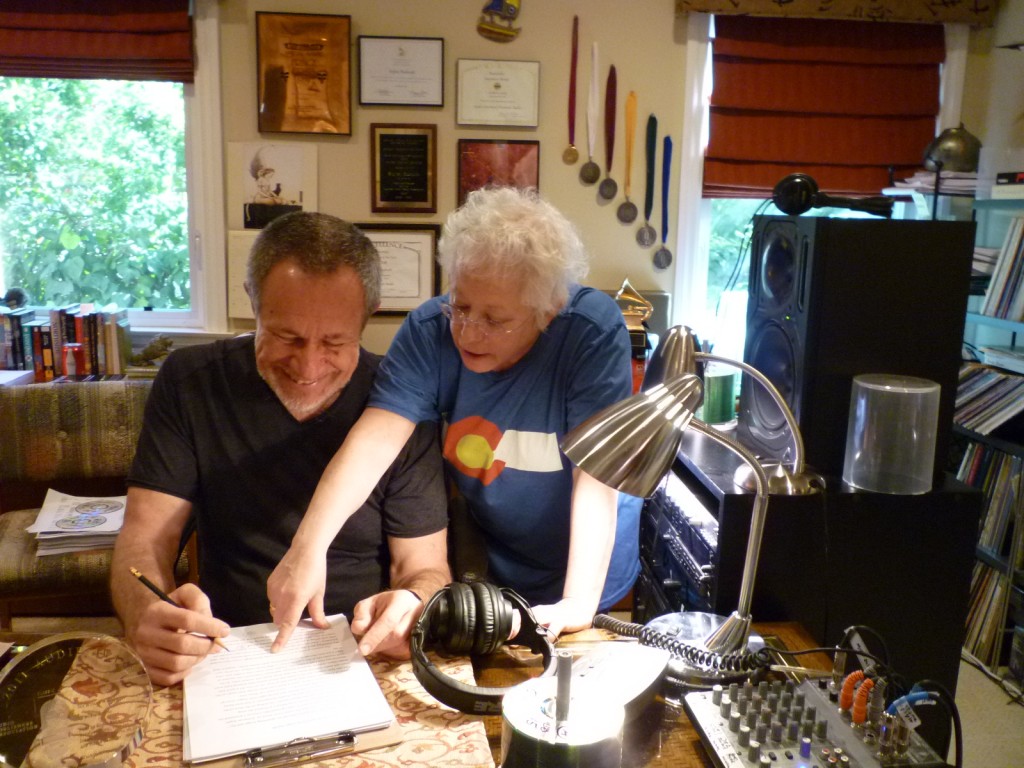 Stefan Rudnicki and Janis Ian in the studio for SOCIETY’S CHILD.

Grammy and Audie Award winning producers Stefan Rudnicki and Gabrielle de Cuir have a pooled source of experience to handle any project, from single and author narrations to multi-voice large cast productions.  We pioneered the multi-voice third-person point-of-view production with Ender’s Game. Simply put?  When it comes to the production of audiobooks, we do it all.

One writer.  One reader.  One voice.  We take on each and every story for the work of art that it is, taking every detail into consideration before deciding on the perfect voice.  Our award-winning directors will work one-on-one with the single narrator in our state-of-the-art recording studios to bring your story to life.  Listen to an example below as Anne Hathaway reads from L. Frank Baum’s THE WIZARD OF OZ, directed by Gabrielle de Cuir.

We also have extensive experience in guiding authors through the narration of their own work, a process that can be a challenging one when the reader is so understandably close to the material.  Skyboat co-owner Stefan Rudnicki guided famed singer-songwriter Janis Ian through the process of reading her best-selling memoir, SOCIETY’S CHILD, and the result garnered both a Grammy and Audie Award.  The glorious editing handled by Ted and Heather Scott at 50 Nugget Wash on this Grammy Winning audiobook. Listen to an excerpt below.

Skyboat Media first made a name for itself by pioneering the multi-voiced production with the science fiction masterpiece ENDER’S GAME.  These days, multi-narrated projects are commonplace, but we’re incredibly proud to have been first at the proverbial table.  When a tale is written from multiple points of view, it only makes sense that it’s told from different voices, and we go far beyond simply assigning parts.  We read, research, audition, and cast, making sure that each actor is right for each part, but also that their voices collected together make that inexplicable musical magic.  Below, hear a piece of the project that started it all.

Just as we pioneered the multi-voiced audiobook more than a decade ago, we are blazing new ground once again.  As Orson Scott Card and his beloved ENDER’S GAME continue to evolve, we found it was time to do something completely and totally new.  We recorded the first contemporary audioplay of its kind, ENDER’S GAME ALIVE, a full dramatization of the sci-fi classic, complete with 30+ cast members, full foley effects, and an original score. We also have produced a 45 hour multi-voice production of THIRTY YEARS OF TREASON edited by Eric Bentley.