Louisa May Alcott’s Dark Side: A WHISPER IN THE DARK & PAULINE’S PASSION AND PUNISHMENT Matt Helm®: Rolling Out The Whole Series

By Gabrielle On September 9, 2014 · Add Comment · In Featured, In the Studio, SkyBooks

J.J. Marric. Anthony Morton. Michael Halliday, Norman Deane. What do all of these names have in common? John Creasey.

That’s right, those are all pseudonyms used by John Creasey – just a few examples of his purported 28. Yes, those 21 police procedurals featuring George Gideon of Scotland Yard (by J.J. Marric) and those 47 novels starring antiques dealer/undercover agent  John Mannering (by Anthony Morton), were written by the same Creasey who authored those nearly 60 Toff adventure novels and over 30 Dr. Palfrey novels, among many, many others.

John Creasey (1908-1973) was an English crime and science fiction writer who published more than 600 novels under his various pseudonyms. Yikes! In 1953, Creasey founded the British Crime Writers’ Association. He was awarded with both the Edgar Award and the Grand Master Award from the Mystery Writers of America. His writings have sold over 80 million copies in more than 100 countries and 29 languages and have been adapted into television and film.

Now you know when you read “Creasey was so prolific that a comprehensive catalogue of his work has never been completed” (fact courtesy of the terrific John Creasey Online Resource) that you’ve found an author of near limitless imagination. But where to begin? With something labeled Book 1, perhaps?

May we proudly present: TRAITOR’S DOOM, the first of The Doctor Palfrey Series, now on audio. 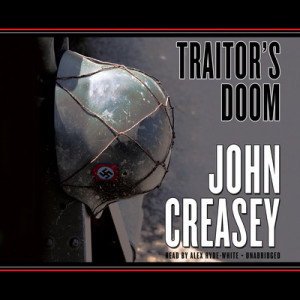 The time, World War II. The mission was to rescue the leaders of a dozen countries from Nazi prison camps…or was it?

Tackling the first of a large series, and a “whooping spy tale” at that, can be quite a challenge, but we found just the man to do it – a fellow Brit, in fact. (And if you happen to find yourself in England, do make an appointment at The John Creasey Museum & Collection of Contemporary Art in Wiltshire to see more of his books and manuscripts and his walking sticks!) 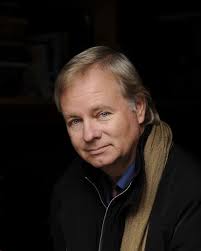 Born in London, Alex Hyde-White is a veteran actor of TV and film, including roles in such films as Catch Me If You Can and Pretty Woman. After winning the ACX/Audible “New Male Narrator” contest at the 1st Annual That’s Voiceover Conference 2011, he has been narrating single and multi-reader audiobooks. Alex has amazing versatility and is a perfect match for Palfrey’s crisp dialogue and narrative. . (You may recognize Alex from other complex Skyboat projects such as 30 Years of Treason: Excerpts from Hearings Before the House Committee on Un-American Activities, 1938-1968  edited by Eric Bentley and Far Futures edited by Gregory Benford.)

Jump into what the New York Times called  “a good, racing plot that features violent takeover and betrayal” in this high-intrigue Dr. Palfrey Adventure and purchase your copy today! Help support Skyboat’s mission to unearth gems of the past in science fiction and thriller/mystery genres. Your purchase through www.downpour.com supports our “independent audio-bookstore” model. Thank you always and whole-heartedly for your support.