As you know from our previous blog post, Skyboat Media is extremely proud to bring the Quarry series by Max Allan Collins under the Skyboat banner. And so with no further ado … drumroll please … we present the latest installments in the wildly successful Quarry Series, with award-winning audiobook narrator Stefan Rudnicki as Quarry, a former Vietnam vet turned contract killer.

“Man, does he do a great job with Quarry. He so gets it. At first it may seem like his warm deep baritone is too old for Quarry, whose boyish charm makes the terrible things he does and thinks go down so smoothly. But Stefan really, really understands the character and conveys the humor… And, anyway, these are the memoirs of Quarry, written mostly when he was an older man (as old as me, say)…”

In February 2015, it was announced that Cinemax ordered “Quarry,” an eight-episode series of based on the novels of Max Allan Collins, staring Logan Marshall-Green. Collins has been pleased with the process; he and his lovely wife even got to visit the set in New Orleans, which, of course, Collins managed to capture in delightful prose (and photos!) in a blog post — and you can catch a sneak peek here!

Listen to audiobook samples of the QUARRY series on Skyboat’s SoundCloud page! 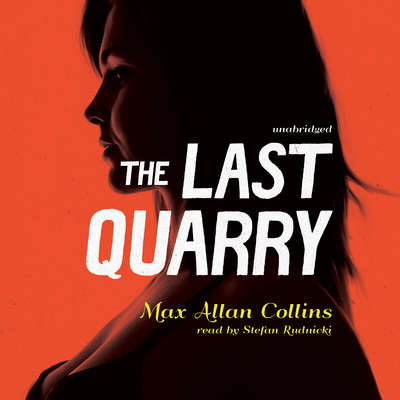 The target is an unlikely one—why, Quarry wonders, would anyone want a beautiful young librarian dead? And why in hell does he care? 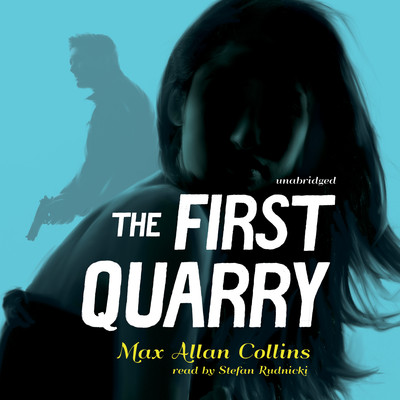 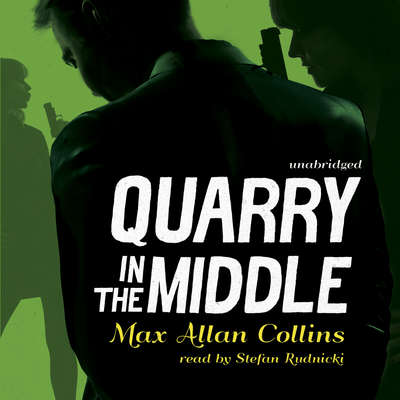 QUARRY IN THE MIDDLE by Max Allan Collins

The enigmatic hit man Quarry is back in this violent, steamy tale of warring crime families. When two godfathers set out to bump each other off, guess who winds up with both contracts… 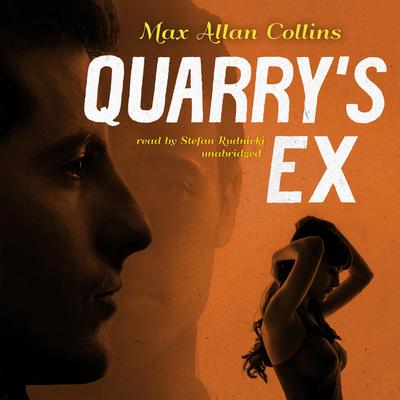 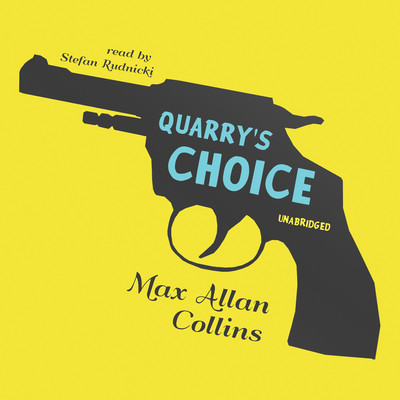 Quarry is a pro in the murder business.

When the mysterious man he works for becomes a target himself, Quarry is sent south to remove a traitor in the ranks. But in this wide-open city—with sin everywhere and betrayal around every corner—Quarry must make the most dangerous choice of his deadly career: who to kill?

See our previous blog post for a behind-the-scenes clip of Stefan in the recording booth! 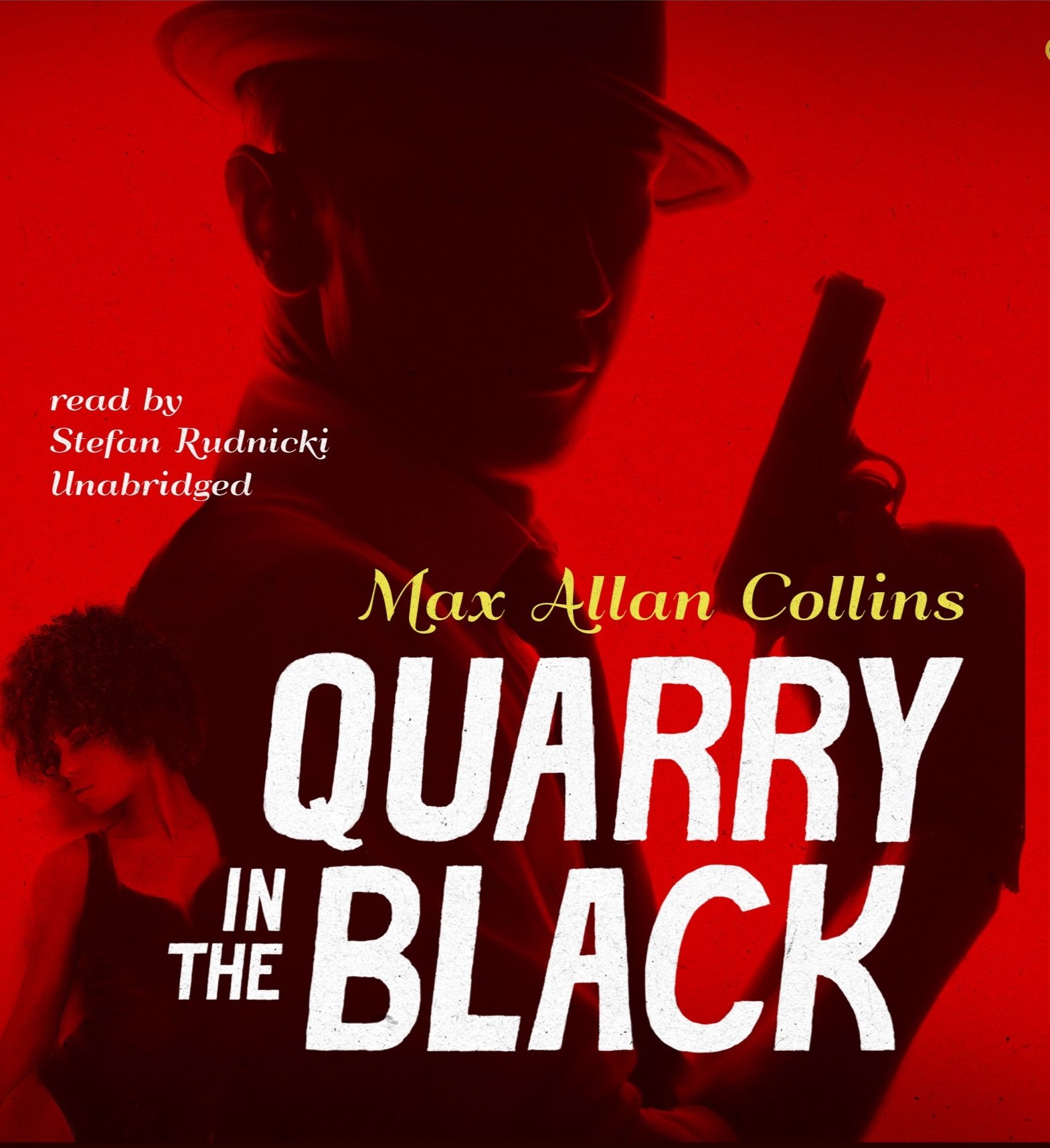 QUARRY IN THE BLACK by Max Allan Collins 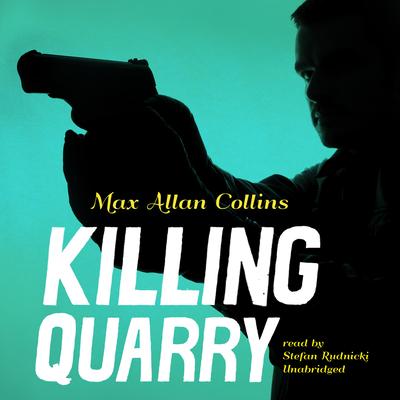 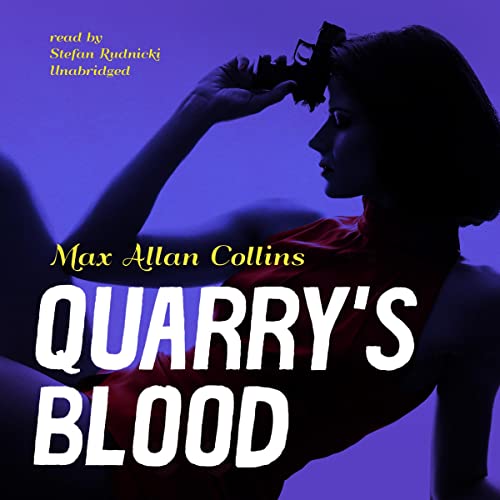 Quarry’s violent past comes looking for him.

The professional hitman known as Quarry has put killing behind him. But after a beautiful writer of true-crime best sellers drops by to announce he’s the subject of her next book, killers descend to give him some of his own deadly medicine, forcing Quarry to journey into his bloody past to find the answers – and settle old scores.

Hooked on Quarry? We can help with that. Visit our previous QUARRY blog post. Listen to audiobook samples on Skyboat’s SoundCloud page. All eight — oops better make that NINE —  Quarry titles are available on downpour.com. 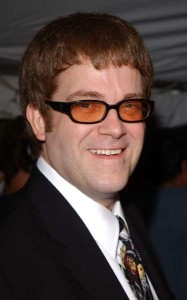 “To be in the company of Agatha Christie, Rex Stout, and Mickey Spillane is both thrilling and humbling. This is an honor second to none in the art of mystery and suspense fiction.” –Max Allan Collins

And if you’re looking for more pulse-pounding series from Max Allan Collins, the MIKE HAMMER series and the NOLAN novels narrated by Stefan Rudnicki, and FANCY ANDERS narrated by Gabrielle de Cuir, are now available on audio from Skyboat Media.