Sasquan: Hugo Winners! Audiobook Stars of Tomorrow: Having the Time of My Life

Quarry Series continues: THE LAST QUARRY. THE FIRST QUARRY. QUARRY IN THE MIDDLE.

In February, it was announced that Cinemax ordered “Quarry,” an eight-episode series of based on the novels of Max Allan Collins, staring Logan Marshall-Green. Collins has been pleased with the process; he and his lovely wife even got to visit the set in New Orleans, which, of course, Collins managed to capture in delightful prose (and photos!) in a blog post — and you can catch a sneak peek here!

Meanwhile, production continues here at Skyboat on the Quarry audiobooks.

Listen to audiobook samples of the QUARRY series on Skyboat’s SoundCloud page! 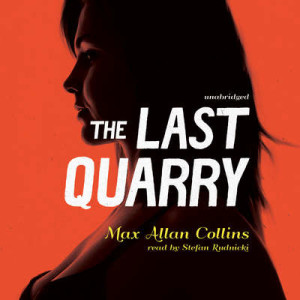 The target is an unlikely one—why, Quarry wonders, would anyone want a beautiful young librarian dead? And why in hell does he care? –downpour.com 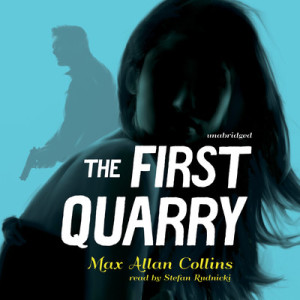 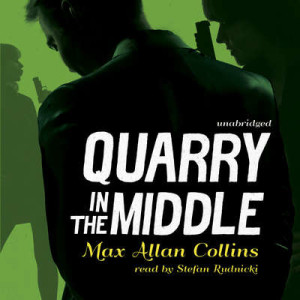 QUARRY IN THE MIDDLE

The enigmatic hit man Quarry is back in this violent, steamy tale of warring crime families. When two godfathers set out to bump each other off, guess who winds up with both contracts …

All three, along with QUARRY’S CHOICE, are out now at downpour.com!

The QUARRY series continues — check out our next blog post for the full scoop on QUARRY’S EX, QUARRY IN THE BLACK, QUARRY’S CLIMAX, and KILLING QUARRY.