THE PRAXIS, THE SUNDERING, & CONVENTIONS OF WAR (Dread Empire’s Fall Series), and THE PRAXIS TRIAD by Walter Jon Williams. Audiobooks read by Stefan Rudnicki THE DAMOCLES AGENDA by Jeff Edwards 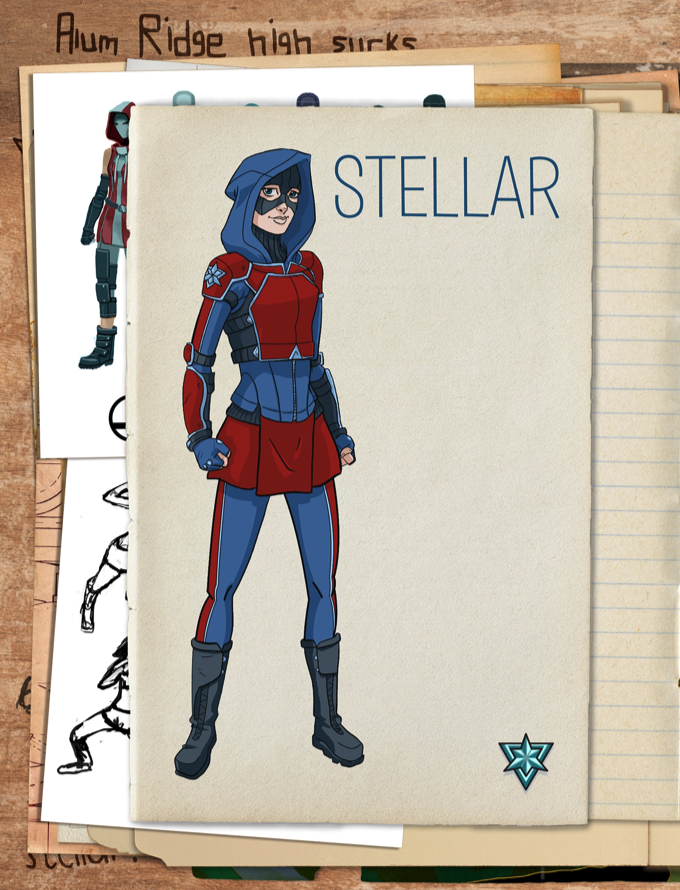 Who is Stellar? (Image from the character dossier. Artwork by Robert Williams and Wes Talbot. Design and Layout by Marc A Hutchins)

Stellar is a hooded crimefighter who first appeared on the streets of Port Saint Dominic last summer. Since then she has been spotted numerous times by a range of individuals and shopkeepers and other business owners to late-working hospital staff and patrolling police officers. These sightings by the more reputable citizens of PSD corroborate the plethora of statements made by arrested individuals of being set upon by a hooded figure (usually while in the midst of their criminal activities) and lend truth to the idea that that there is someone out there who has taken it upon themselves to defend PSD. But just who is Stellar?

Can’t contain your curiosity? Visit www.whoisstellar.com to learn more! And, while you’re there, don’t forget to sign up for Stellar FANMail to receive exciting news about future releases and a FREE character dossier and exclusive comic book.

While Stellar’s identity remains unknown for now, we can identify the dynamic duo behind this action-packed saga. Meet Marc A Hutchins and Ian Graham!

Ian Graham is an award-winning author, screenwriter, and entrepreneur with an interest in politics, history, and religion. The stories and characters he writes about are centered on the explosive conflicts created when the three intersect. He is a firm believer in being yourself … unless you can be Batman. Always be Batman.

Marc A Hutchins is an award-winning filmmaker with accolades for his commercial work, short films, and feature films. He has been recognized for writing, directing, cinematography, location management, and producing, including five independent feature films.

STELLAR has gone through multiple “costume changes,” if you will. In 2012, Marc initially wrote STELLAR as a feature film. Then, believing STELLAR would do better through long-form storytelling, he rewrote the feature into a pilot. In 2014, Marc met author Ian Graham, who immediately took to STELLAR and wanted to develop it into a YA novel series. Thus their collaboration was born, and together they have launched Avendale Entertainment.

Blackstone and Skyboat Media are proud to bring STELLAR to the audiobook world. And when it was time to choose a narrator for this brave and adventurous heroine? Well, the one and only Gabrielle de Cuir fit the bill. Gabrielle has narrated a range of YA tales — from Shirley Jackson’s nonfiction THE WITCHCRAFT IN SALEM VILLAGE to William Campbell Powell’s sci-fi dystopian EXPIRATION DAY (for which she was awarded an AudioFile Earphones Award) to Lee French’s magical fantasy, The Spirit Knights Series. Needless to say, when Gabrielle “suited up” and stepped into the recording booth, there could only be one outcome: magic.

He’d forgotten his pain. His mind was focused on her. Now that she was still and standing closer he could make out bits of dark red and a symbol that looked like a star. “You… you…”

Macy Davis smiled as she looked over Patrick Newell’s shoulder. He was doing it again. He was daydreaming as he used a red ink pen to shade in a drawing of his crown creation; Stellar, a hooded crime-fighter… 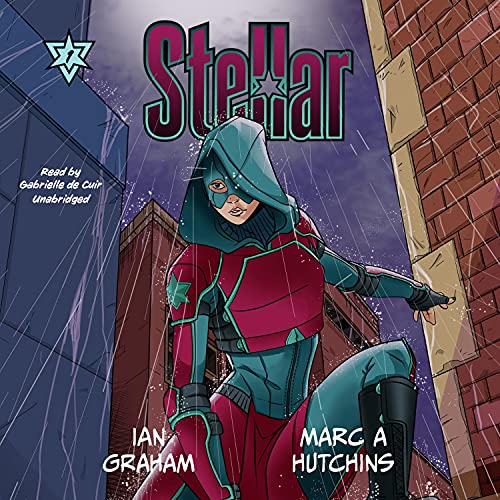 STELLAR #1 by Ian Graham and Marc A Hutchins

Meet Stellar – urban crime-fighter who tackles injustice with swift and decisive action, carrying the burden of freeing society from oppression, fighting for the weak and wounded.

She is just a comic book character… or at least she was.

Macy Davis is an athletic high school student with an eye for Patrick Newell, the young artist who created Stellar. When Macy’s best friend, Keri Cartwright, discovers Patrick’s comic book heroine, she convinces Macy to masquerade as Stellar because to Macy, Stellar is Patrick’s perfect girl. But when Macy dons a homemade costume to surprise Patrick at the Halloween Dance, her debut takes an unexpected twist and the reveal is more than anyone, including Macy, could have ever imagined.

Purchase your copy of STELLAR #1 today. And then don’t put down those headphones — dive right into the next installment!

“These guys looked like experienced leg-breakers. Her heart rate jumped and her breath caught in her throat. Taking on a few numbskulls was one thing and something she’d gotten used to. It was even something she’d come to enjoy over the last few months since she’d first donned the Stellar suit. But this was different. This was a trap. A well-laid trap. She cursed herself for not learning to see this kind of thing coming. She’d fallen into a few such traps already in her adventures as Stellar and didn’t like the habit. But on the plus side this was just the kind of showdown Luminesa might feel the need to interrupt and that was half the reason Macy was here: a chance to attract the attention of PSD’s historical hero who had twice saved her from harm in recent months, but had vanished far too quickly afterwards.” 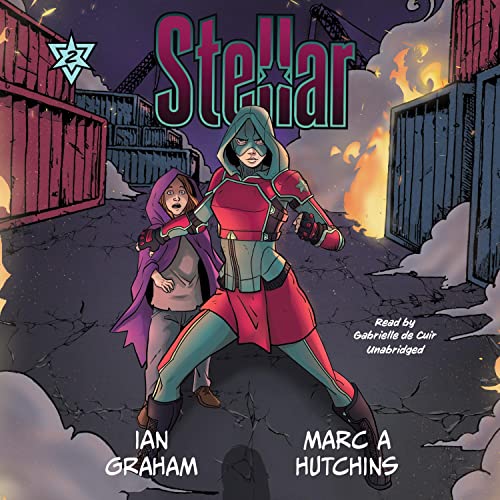 STELLAR #2 by Ian Graham and Marc A Hutchins

Step #1: Dress up as your crush’s superhero to impress him. Check.
Step #2: Fight off the bullies who have been plaguing the school. Check.
Step #3: Get drawn into a plot to bring back the city’s notorious villain and – wait, what?

On Macy’s list of things to do, taking on a new crime syndicate wasn’t at the top. Patrolling the city as Stellar, balancing crime-fighting with romance as she fans a budding relationship, and finding Luminesa, her elusive co-superhero, are her priorities. But when she stumbles upon a new enemy and the Alderwoman’s plans to retake the city, she must become more than just the muscle and venture into a world beneath Port Saint Dominic. With the help of old friends and some peculiar new ones, she sets out to unravel the mysteries of the city’s hidden past.

Listen to a sample on Skyboat’s SoundCloud and then purchase your copy of STELLAR #2 today!