Skybook: THE END OF THE SENTENCE THE MARK ANGELOTTI SERIES by Lynne Raimondo: DANTE’S WOOD, DANTE’S POISON, and DANTE’S DILEMMA

By Gabrielle On June 1, 2016 · Add Comment · In Featured, SkyBooks, Stars of Tomorrow

“French gives us interesting characters, a compelling story, and a hint at something more going on than Bobby and his friends know.” —Author & Blogger Rachel Barnard 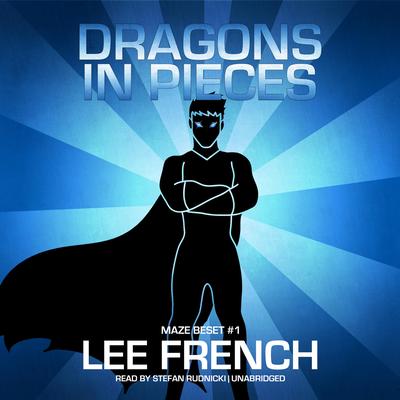 Real superheroes wear denim. All Bobby wanted was a girl to come home to after a hard day of work. Like the last one said before she left, he was going exactly two places—no and where—and he was happy with that. But somebody had other plans for him. A murder. The Terrorist Watch List. For what? Underage drinking? Things couldn’t possibly get worse. Right?

Oh yes, they could. He wouldn’t believe superheroes were real if he weren’t one himself. Tiny robot dragons send him, chasing his humanity and his future, on the trail to discovering his past and a place to call “home.” If he’s lucky, maybe he can get a beer there.

“DRAGONS IN PIECES, the audiobook, was produced by Skyboat Media and narrated by the award-winning voice talent of Stefan Rudnicki. It’s been worth the wait. He’s brilliant, and I’m proud to have his voice paired with my story. Having professionals handle the whole process means it’s significantly more awesome than I could ever have managed.” –Author Lee French, updating fans on her website

Stefan Rudnicki is equally proud to bring this series to life. Check out a moment of levity in the recording session.

“Quite unexpectedly, his body exploded. Sort of. His body separated into hundreds of tiny pieces, and each one was him, while they were also not him. Something else had a kind of control over his individual parts, yet he still could direct each one. All the parts, each the size of a quarter, made a swarming cloud of tiny silver creatures that all were him, yet also not. His mind, the part that he identified as himself, floated in the middle of it all, detached. Trying to explain this to someone else would be a major challenge.”

And this is just the beginning…

“The new suit’s mouth went thin, and he slapped Bobby across the face. He tried to, at least. His hand connected with Bobby’s face, but he burst into the swarm with the impact, so the suit’s hand went right through his head.  Hundreds of tiny robot dragons, all outraged that this man dared to hit Bobby, converged on that hand to destroy it.” 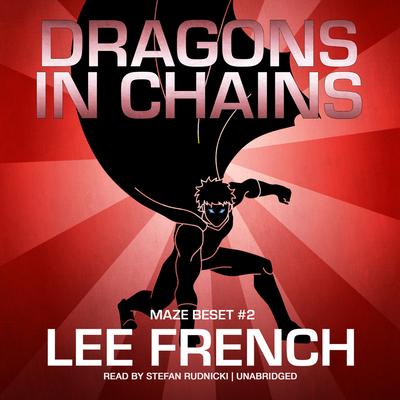 Everyone got comfortable. It was understandable, really: soft beds, good food, contentment. Not for Bobby; together with Stephen, he’s shaking off the torpor and getting into bed with Privek—nothing is out of the question to find the lost eleven. Will the Vampire-Dragon Inquisition turn out to be something no one expected? Is the mysterious agent still fifteen steps ahead of them all?

A warlord, a cruise ship, a splashdown—oh my! Dragons in Chains continues the story begun in Dragons in Pieces, taking Bobby to new places, new depths, and new buffets.

“DRAGONS IN CHAINS certainly lived up to my hopes on what a second book in this series would be.  The world deepened nicely without drowning me, and French managed her stable of characters nicely without making me feel overwhelmed.  Better yet, she created a conflict with two sides, adding more gray to the overarching story.

Which, of course, means I want the next book. Now, please.”

Your wish is our command. 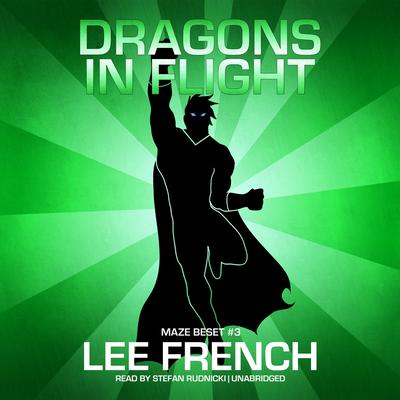 It all comes down to this: Bobby has to find the girl, save the woman, wake the team, stop the disaster, open the door, and eat the partridge in a pear tree. Not even Head Cowboy can do it all alone. Like it or not, he needs help, and the only places he has left to look for it are the unlikely ones.

How does it end?  Purchase your copy of DRAGONS IN FLIGHT today and find out.

Lee French is an author, an avid gamer, and active member of the Myth-Weavers online RPG community, where she is known for her fondness for Angry Ninja Squirrels of Doom. She is best known for her young-adult urban fantasy Spirit Knights series. She also trains year-round for the one-week of glorious madness that is RAGBRAI, and is an active member of the Northwest Independent Writers Association and serves as the Municipal Liaison for the Olympia region of NaNoWriMo.