MATTHEW HENSON AND THE ICE TEMPLE OF HARLEM by Gary Phillips PERCENTERS AND THE AMBER PENDANT by P. H. Perrine

Classic Fantasy Library: THE SHIP OF ISHTAR by A. Merritt

By Gabrielle On July 22, 2021 · Add Comment · In Classic Fantasy, Classics Library, Featured, In the Studio

“The most remarkable presentation of the utterly alien and non-human that I have ever seen… [a] unique type of strangeness which no one else has been able to parallel.” —H.P. Lovecraft 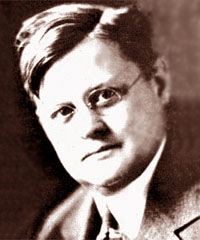 Author A. Merritt. Image via Wikipedia

Abraham Grace Merritt (1884 – 1943) – known by his byline, A. Merritt – was an American editor, real-estate developer and author, primarily of Fantasy and Science Fantasy. He was assistant editor of The American Weekly from 1912 to 1937 under Morrill Goddard, then its editor-in-chief from 1937 until his death.

Author of numerous science-fiction and fantasy novels and short stories, Merritt was the most popular genre writer of his time (he even had a Pulp magazine named after him!). His talent for fantasy and science fiction writing was first recognized in a 1918 issue of All-Story Weekly. A major influence on H. P. Lovecraft, Clark Ashton Smith, and Richard Shaver, Merritt was posthumously inducted into the Science Fiction Hall of Fame in 1999.

“The Ship of Ishtar is the purest fantasy of Merritt’s novels, and … the novel throws both Kenton and the reader far beyond the fields they know. Leave the modern world behind . . . you’re in the hands of A. Merritt now, and the waves are rough and sights bewitching.” –Ryan Harvey, Black Gate

Merritt was influenced by H. Rider Haggard and Robert W. Chambers (whom you may recognize as a fellow Skyboat author!). In his Black Gate review, Ryan Harvey posits that Merritt may have been influenced by Edgar Allan Poe’s “The Masque of the Rad Death,” all the more interesting considering that Skyboat’s own Stefan Rudnicki recently performed Steven Archer’s adaptation of this very tale. (Check out our blog post to learn more about this one-of-a-kind collaboration and to see some of Steven Archer’s original artwork.)

THE SHIP OF ISHTAR centers on American archeologist John Kenton, who comes into the possession of a miniature crystal ship recently excavated “from the sand shrouds of ages-dead Babylon” … and soon finds himself aboard the actual ship. THE SHIP OF ISHTAR was initially serialized in six parts in the November–December 1924 issues of Argosy All-Story Weekly, when Merritt was reaching his height of popularity as a fiction writer. While Putnam published an abridgment in 1926, it wasn’t until after Merritt’s death that an unabridged version was published in book form, and we are delighted to bring the full text to life on audio.

“I enjoyed the rare and original fantasy of [The Ship of Ishtar], and have kept it longer than I should otherwise, for the sake of re-reading certain passages that were highly poetic and imaginative. Merritt has an authentic magic, as well as an inexhaustible imagination.” —Clark Ashton Smith

In his Fantasy Literature review, Sandy Ferber seconds this, writing,”This is high fantasy done to a turn, and Merritt is at the peak of his game here … in places the descriptions of various isles and temples almost reads like prose poetry.” Let’s see. Start with an imaginative fantasy by one of the top talents in the history of the genre, sprinkle in a generous dash of lush prose, and add the (maybe not so secret) ingredient: Stefan Rudnicki’s narration. All mixed together under the knowing direction of Claire Bloom (an actual wizard in the booth and in the kitchen). Hmm, this sure sounds like the recipe for a perfect audiobook to us. And we are grateful to our partner, Blackstone Publishing, for sharing our enthusiasm.

Listen to an audiobook sample on Skyboat’s SoundCloud and then dive in.

An inscribed block of stone found in the ruins of Babylon! And out of it came a call, strong across the centuries, from an ancient, enchanted sea, where sailed – The Ship of Ishtar! 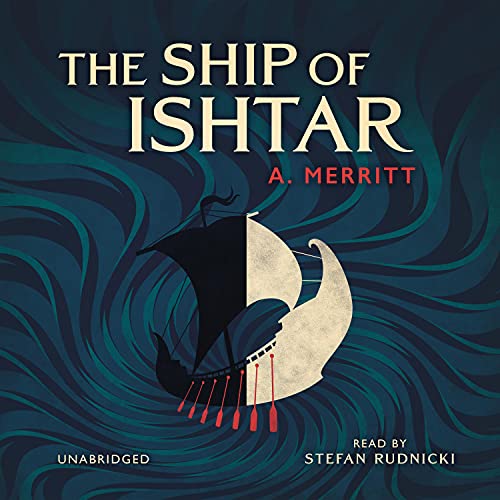 THE SHIP OF ISHTAR by A. Merritt

The American adventurer is pitched out of his own time and into a weird world of incredible and enticing marvels.

The goddess of love and beauty is adrift on an enchanted ocean in a magic world. The myriad forces of satanic evil plague the vessel of the passionate red-haired goddess. Only one man, John Kenton, the American adventurer, can try to save Ishtar’s priestess from the black magic which divides her world from ours.

Sail the seas. Adventure awaits. Purchase your copy of THE SHIP OF ISHTAR today!

Looking for more classic fantasy tales? Uncover your new favorite author on Skyboat’s “Classic Fantasy Library” playlist on SoundCloud, and hop on over to our blog post featuring Lord Dunsany’s THE KING OF ELFLAND’S DAUGHTER.