Classic Mystery Library: THE HOLLADAY CASE: A Tale by Burton E. Stevenson BIRTH OF THE FAE: LOCKED OUT OF HEAVEN by Danielle M. Orsino

THE FALSE GEMS & OTHER TALES OF OBSESSION by Guy de Maupassant. An Original Audiobook Collection

By Gabrielle On August 5, 2021 · Add Comment · In Classics Library, Featured

“To make and to destroy! These two words contain the history of the universe, all the history of worlds, all that is, all!” –From “The Diary of a Madman” by Guy de Maupassant 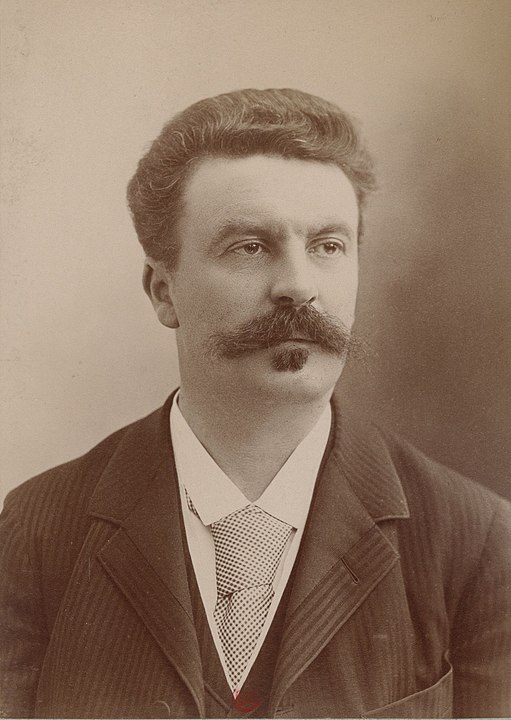 Guy de Maupassant (1850–1893) was a popular nineteenth-century French writer, considered one of the fathers of the modern short story and one of the form’s finest exponents. A protégé of Flaubert, his stories are characterized by their economy of style and efficient, effortless dénouement.

As a young man, he fought in the Franco-Prussian War of the 1870s. Many of his stories are set during this period, and several describe the futility of war and the innocent civilians who, caught in the conflict, emerge changed. He authored some three hundred short stories, six novels, three travel books, and one volume of verse. His prolific and deeply admired body of work influenced a great number of writers including William Somerset Maugham, O. Henry, Anton Chekhov, Kate Chopin, and Henry James.

Listen to an audiobook sample of Stefan Rudnicki reading “The Diary of a Madman” on Skyboat’s SoundCloud.

“Few writers in the realm of literature managed to explore the uncharted regions of the human mind and the dark recesses of the heart as deeply as Guy de Maupassant did. The grim realities which de Maupassant presents, especially in his short stories – a form of which he is considered one of the greatest exponents – include human fatuities and chicaneries of his times.” –Excerpt from M Saad’s article reflecting on Maupassant’s legacy 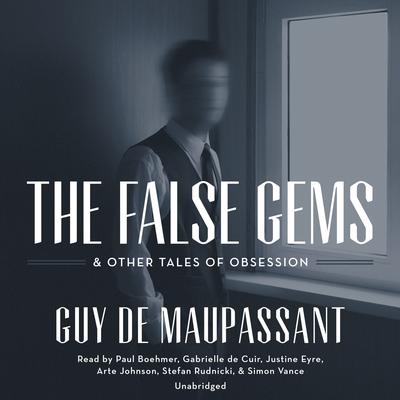 THE FALSE GEMS & OTHER TALES OF OBSESSION by Guy de Maupassant

Guy de Maupassant was a master of the short-story genre, producing more than three hundred during his lifetime. These concise stories contain twists and shocking turns, and range from the fantastic and supernatural, with characters descending into madness and their most base desires, to the challenges of marriage and parenthood, and to the broader philosophical ruminations on the nature of regret and what it means to love.

The twenty-eight stories in this collection include “The Horla” (a chilling tale of one man’s descent into madness); “The Diary of a Madman” (a respected judge with a dark secret); “The Artist” (a skilled performer seeks revenge on his wife, who happens to be his costar); “The Diamond Necklace” (a poor woman borrows a diamond necklace and disaster strikes); “A Coward” (a man instigates a duel and struggles to face his own fear); “In the Moonlight” (a priest opens his eyes to love in unexpected places); and more.

The Diary of a Madman – read by Stefan Rudnicki

The Horla or Modern Ghosts  – read by Arte Johnson

The Possessed – read by Stefan Rudnicki

Am I Insane? – read by Stefan Rudnicki

The Substitute – read by Simon Vance

Our Letters – read by Stefan Rudnicki and Gabrielle de Cuir

Was It a Dream? – read by Stefan Rudnicki

The Piece of String – read by Paul Boehmer

A Passion – read by Stefan Rudnicki

The Mountebanks – read by Justine Eyre

The Artist – read by Simon Vance

The Umbrella – read by Justine Eyre

A Coward – read by Simon Vance

In the Moonlight – read by Stefan Rudnicki

Virtue in the Ballet – read by Stefan Rudnicki

Purchase your copy of THE FALSE GEMS & OTHER TALES OF OBSESSION today!