SkyBook: IGMS BIG BOOK OF SF NOVELETTES WWWT? What Were We Thinking? EVELINA 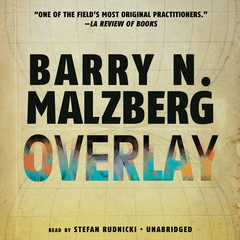 Barry N. Malzberg is an American writer and editor, mostly of science fiction and fantasy, though he has a long history of crossing genres.  An insanely prolific writer, he has published dozens of novels and several collections in a multitude of genres under a variety of names.  (And did we mention that he’s also a classical violinist?)  The first one we here at Skyboat will publish is OVERLAY, but surely it will not be the last.

Originally published in 1972, OVERLAY tells the tale of how Earth lay helpless before an alien invader, until the power of one lone Earthman changed everything.

And, as promised, we’ve added another Malzberg title to the Skyboat canon: SCREEN. 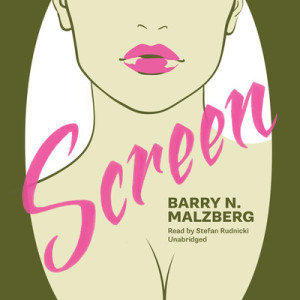 Barry N. Malzberg’s daring and controversial debut novel about a man who can only obtain sexual satisfaction by projecting himself into fantasies evoked by the cinema.

In the tradition of Vladimir Nabokov, Malzberg draws his readers over the precipice of rationality into a realm where dreams are real—a realm in which the hero, a humble investigator for the New York City Welfare Department, finds himself married to Sophia Loren, seducing Elizabeth Taylor, and seduced by Brigitte Bardot—all in one tortured weekend. –downpour.com

Stefan eagerly narrated both, as he’s been a fan of Malzberg for many years. The two discussed Malzberg’s career, influences, and the state of sci-fi respect over email. Enjoy!

SR: You wrote OVERLAY in the early 70s.  Can you tell our readers/listeners a bit about what inspired the book and your process of writing it?

BM: OVERLAY was written in the Spring of 1970 in what I will always call Herovit’s World…that is, Apartment 3D at 164 West 79th Street in Manhattan.  Four year old Stephanie and a very pregnant Joyce.  I was writing novels and short stories at furious pace and with equal fury spending as many afternoons at Aqueduct and Belmont racetracks as I could…the rationalization at least in part for OVERLAY (and its companion novel UNDERLAY written six months later) was that my Racetrack Follies were being turned directly toward economic outcome.  OVERLAY was written very quickly, gave me little trouble in composition and worked pretty well I thought.  It is essentially an extension of a short story, NOTES JUST PRIOR TO THE FALL, which was published in the 10/70 issue of The Magazine of Fantasy & Science Fiction. 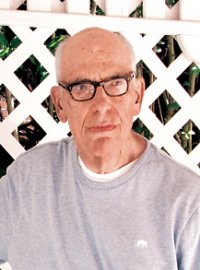 SR: You handle the rights to the Fredric Brown Estate, an author we’re also publishing.  Can you tell us a bit about Brown’s impact on your own work?

BM: I am [the Estate’s] agent on behalf of Fred Brown’s surviving son, James.  Fred Brown influenced me in the sense that I have been influenced by every writer I have ever read but beyond that generality, no special influence.  Good writer, an anomaly: the only writer who was equally prominent and equally good in both science fiction and mystery.  (Many have written in both categories but Isaac Asimov was always an sf writer indulging himself in mysteries; Ed Hoch and Bill Pronzini were mystery writers who knew, read and enjoyed science fiction.)    There is one late story, HIGH CONCEPT (analog 3/13 in collaboration with Bill Pronzini) which was conceived and written as a direct tribute to MARTIANS GO HOME! and we even made that clear in the story…but that was a stunt or homage, not even a pastiche.

SR: You’re very much known for your ability to write in a multitude of genres. Do you have a favorite?  Does your writing process vary according to the genre?

BM: My writing process does not vary according to genre.  The process for the eight or ten stories I wrote for MIKE SHAYNE way back was no different than that for the short stories which appeared in NEW DIMENSIONS or OMNI.  Your working method is more or less consistent in its habit and execution which is one definition of professionalism. There are others.

SR: You’ve been very vocal about your mission to get science fiction the literary respect it deserves within the canon.  Do you think science fiction gets more respect now than it did when you were first starting out in the 60s and 70s?

BM: SF certainly obtains more respect from the poplar culture, the academic/literary nexus, the  so-called zeitgeist than it did in my long-vanished 50’s youth when to read it was to take on a label of difference or in my 70’s era of prolificity during which I still felt that I owed a (rather defensive) explanation to non-sf readers as to what I was doing and why.  Is a lot different in fact.  But we are still to the Harold Blooms the descendants (however tarted up) of the slave class and writers with quality lit credentials publishing it sf continue to insist that they are “transcending the genre”.  Phil Roth in a recent extended interview already becoming famous provided a considerable list of great contemporary USA writers who he felt were entitled to even more praise and attention…not one writer named was in any way associated with any genre.  Chandler, Ross MacDonald, Alfred Bester, even James G. Ballard are still outside the canon of college literature courses (their books may find coursework in “popular culture” classes) and that is a damned shame.  Still, THE LONG GOODBYE, BIG SLEEP, THEY SHOOT  HORSES DON’T THEY?, DEMOLISHED MAN are outlasting virtually every novel first published in the years they were.

SR: Can you tell us anything about what you’re writing now?

BM: I continue with my series of abbreviated True Confessions (under the series title “From The Heart’s Basement” for my friend Mike Resnick’s Galaxy’s Edge Magazine) and real soon now I am going to get going on a second collaborative novelette with Robert Walton, “A Scaffold for Hector.”

SR: Can you name a few favorite authors or authors who have been influential on your own work? 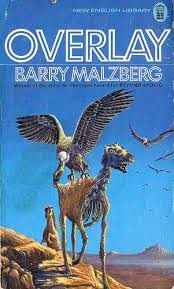 As I noted earlier about Fredric Brown, I have been influenced to one degree or a greater degree by everyone I have ever admired.  The list is too long and the influences have conflated into what I delude myself into hoping is my own.  I can give you what I consider to be the outstanding novels of the decades of my life and I will leave it there:

SR: Any books on the nightstand?

To learn more about Barry Malzberg and watch him speak to his long and storied career, watch this episode of “About Writing” from PCTV’s Ben Cheever.  And don’t forget to get your copies of OVERLAY and SCREEN today!