By Gabrielle On January 2, 2018 · Add Comment · In Featured, Lightspeed

Skyboat Media is proud to bring you QUEERS DESTROY SCIENCE FICTION! THE STORIES! 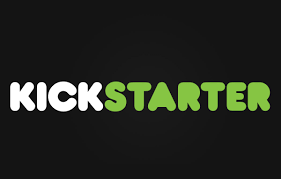 As the producers of John Joseph Adams’ LIGHTSPEED MAGAZINE podcasts, Skyboat Media subscribes to the idea that all science fiction is real science fiction. It is inclusive. Of everyone.

Funded by Kickstarter, QUEERS DESTROY SCIENCE FICTION! THE STORIES! features stories written and edited by queer creators and read for you by some of the most talented narrators in the audiobook world. When we could not secure traditional funding for this audiobook, we took it to you, the fans. And you made it happen!

Fantastic editing job by the amazing Seanan McGuire. Special thanks to the legendary artist Elizabeth Leggett for her stunning cover design.

Here’s our Kickstarter video explaining our reasons for wanting to publish this audiobook:

Check out our amazing SkyCast below:

Trickier With Each Translation by Bonnie Jo Stufflebeam. Read by Gabrielle de Cuir.

The Astrakhan, the Homburg and the Red Red Coal by Chaz Brenchley. Read by John Lee.

The Tip of the Tongue by Felicia Davin. Read by Cassandra Campbell.

Nothing is Pixels Here by K.M. Szpara. Read by Gabrielle de Cuir.

Two by Two by Tim Susman. Read by Stefan Rudnicki.

Rubbing is Racing by Charles Payseur. Read by Stefan Rudnicki.

The Lamb Chops by Stephen Cox. Read by Alex Hyde-White.

Letter From An Artist To a Thousand Future Versions of Her Wife by Neon Yang. Read by Cassandra Campbell.

In the Dawns Between Hours by Sarah Pinsker. Read by Gabrielle de Cuir.

Bucket List Found in the Locker of Maddie Price, Age 14, Written Two Weeks Before the Great Uplifting of All Mankind by Erica L. Satifka. Read by Gabrielle de Cuir.

Nothing Goes to Waste by Shannon Peavey. Read by Susan Hanfield.

A Brief History of Whaling with Remarks Upon Ancient Practices by Nicasio Andres Reed. Read by Alex Hyde-White.

The Sound of His Wings by Rand B. Lee. Read by Stefan Rudnicki.

Listen to an audiobook sample here!