Original Audiobook Collection: LOIS THE WITCH, AND OTHER GOTHIC TALES by Elizabeth Gaskell

Elizabeth Cleghorn Gaskell may be best known for her domestic dramas Cranford, North and South, Wives and Daughters (all of which have been adapted for television by the BBC), but her mastery of the gothic tale should never be forgotten.

Skyboat Media and Blackstone Publishing are proud to present LOIS THE WITCH, AND OTHER GOTHIC TALES, an original audiobook collection featuring some of Gaskell’s finest (and spookiest) short stories and novellas. 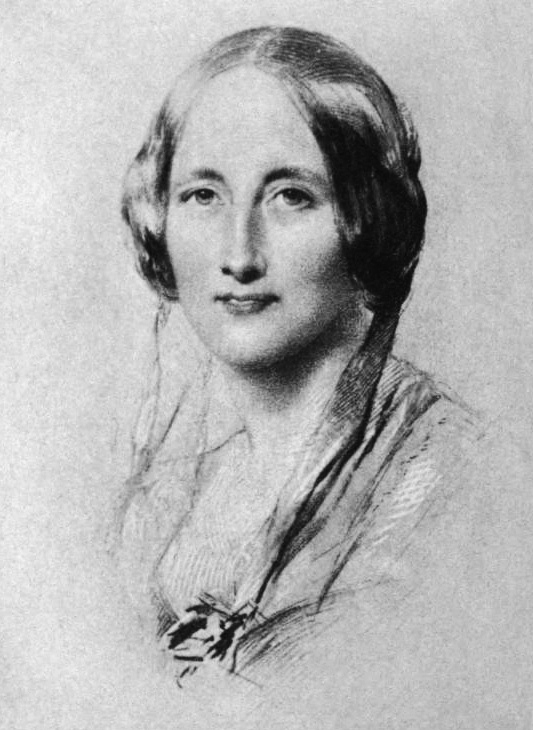 The gothic stories in this collection were originally published in various literary magazines of Elizabeth Gaskell’s day, and none were more popular than Charles Dickens’s Household Words and All the Year Round. Dickens was a fan of Mary Barton, Gaskell’s first novel published in 1848, and he commissioned her to write for Household Words. Some of the stories she wrote for him included the series that would become Cranford, as well “The Old Nurse’s Story” and “Disappearances,” both of which are included in this collection.

“The Old Nurse’s Story,” read by Justine Eyre, was published in 1852 in the December edition of Household Words, and the haunting yarn the nurse spins for her young charges fits perfectly in the Victorian tradition of sharing ghost stories at Christmastime. “Disappearances,” read by Juliet Mills, cleverly takes bits of gossip and local stories of mysterious disappearances, mixing fact with fiction to make these disappearances more akin to vanishings.

Gaskell was deeply concerned with the injustices done to the poor, working classes, and although her writing was not meant to ignite revolution by any means, it did raise awareness for political issues that other people in her social class would have felt more comfortable sweeping under the carpet, most notably in Mary Barton with its portrayal of the harsh working conditions of industrial workers in Manchester. She continues to examine these themes in her shorter fiction, using the gothic genre as a sort of Trojan horse; what may appear to be a familiar tale of a family curse is really a dressed-up depiction of class tensions, as we see in “The Doom of the Griffiths.” This particular story is set in Wales, and we were lucky enough to have Justine Eyre narrate the difficult Welsh. With hardly a vowel to be heard, Justine shines in her reading of this psychological novella.

Not only concerned with socio-economic disparities, Elizabeth Gaskell also made a point of featuring strong, well-rounded female characters in all her works.

In her novel, Ruth, she takes on the concept of the “fallen woman,” much to the chagrin of her husband’s Unitarian congregation, in order to shed light on the hardships of womanhood and encourage the reader to consider how the concepts of love, religion, sexuality, and family affect a woman’s place in society. Gaskell continues to challenge the roles traditionally prescribed to the women of her time with “The Grey Woman” and “Lois the Witch.” And who better to narrate these stories than two of the most wonderful (and talented) women we know!

“The Grey Woman,” read by Juliet Mills, is a twist on the French folktale, Bluebeard, and it follows a young bride who learns the true nature of her husband and must flee with the aid of her fiercely intelligent and resourceful maid, Amante.

In “Lois the Witch,” Lois Barclay moves across the Atlantic from Barford, England to Salem, Massachusetts in 1691. Just before the peak of the Salem Witch Trials, Lois becomes a target for the superstitious townsfolk who are wary of the peculiar newcomer. Listen to a sample of Gabrielle de Cuir reading the title story “Lois the Witch” here.

But it’s not all doom and gloom! In “Curious, if True,” read by Stefan Rudnicki, we have the chance to see Gaskell’s playful side. This story, written as a letter from a man who stumbles upon a soirée in the middle of the woods attended by some very familiar fairytale characters, is one party you won’t want to miss! 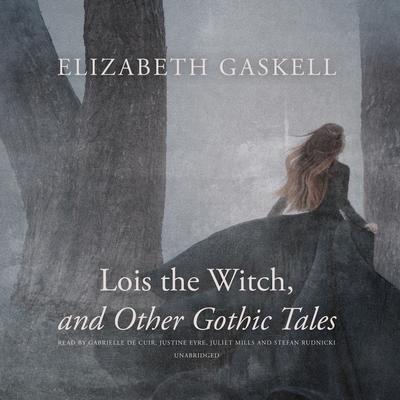 LOIS THE WITCH, AND OTHER GOTHIC TALES by Elizabeth Gaskell

In this original collection from Skyboat Media and Blackstone Publishing, Elizabeth Gaskell showcases the height of gothic fiction’s ability to delight in the otherworldly and to dig deep into what truly haunts us.

Set against the backdrop of the Salem witch trials, “Lois the Witch” reveals much about the complicity of mankind. Recently orphaned, Lois is forced to leave the English parsonage that had been her home and sail to America. Though she is a God-fearing and honest girl, it seems her identity as the strange, new, English girl is all anyone can see and she becomes a target for the superstitious townsfolk. In “The Grey Woman” we follow a young woman who learns the true nature of her new husband and is forced to flee their isolated home. In “Curious, if True” we are given a peek into a party attended by some very familiar fairy-tale figures. And finally, in “The Doom of the Griffiths” we must wait and see if the prophecy of an old family curse will be fulfilled. A collaborator and friend of Charles Dickens and Wilkie Collins, Elizabeth Gaskell is a leading figure in Victorian literature.

4. “The Half-Brothers” read by Stefan Rudnicki

6. “The Doom of the Griffiths” read by Justine Eyre

LOIS THE WITCH, AND OTHER GOTHIC TALES showcases Elizabeth Gaskell’s marvelous ability to revel in the mysterious and chill you to the bone. Purchase your copy today!

And if you’re looking for more gothic stories from brilliant writers, hop on over to our blog post featuring THE WHARTON GOTHICS: Stories of the Unnatural and the Supernatural by Edith Wharton.