Yes, that’s Harlan in our booth in Studio A. If you didn’t watch until 1:14, you missed the best part.

In a career spanning more than 40 years, Harlan Ellison has won more awards for the 75 books he has written or edited; the more than 1700 stories, essays, articles, and newspaper columns; and the two dozen teleplays and a dozen motion pictures he has created, than any other living fantasist.

It’s no wonder his work requires a double feature!

Did we mention we love Harlan? And his adorable lady, Susan.

I admit, I am scared of him sometimes, but I love him. He came through for me in a big way a few years back when I was writing and directing my first short film.

We worked with Harlan on Skyboat’s THE DELIVERY.  With the sponsorship of Josh Stanton and Blackstone Audio (now AudioGo) we produced the first audiobook/film package combination. The book?  Alice in Wonderland by Lewis Carroll, read by the velvet-voiced Michael York, and Through The Looking Glass, read by Harlan and directed by Stefan.

Harlan’s exciting reading rightly garnered a Grammy Nomination in the Spoken Word Category.  In the film The Delivery, Harlan played the White Rabbit.  Our film went on to win Best in Fantasy at the Dragoncon Film Festival, and Harlan’s performance in the film surely contributed to that win! 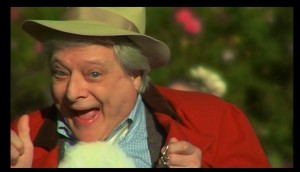 Harlan was in recently to record portions of Gregory Benford’s Galactic Center Series and I got to hug him. 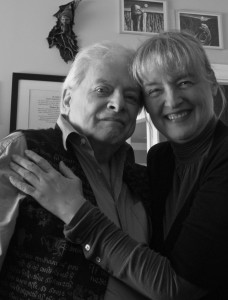 But enough with the backstory, already!

Today we highlight two stories read by Mr. Ellison himself: BUBBLES by David Brin, published in Lightspeed Magazine, in which a Voyageur named Serena, charged with hauling gifts “from one spiral swirl to the next,” realizes that she has gone very astray; and USING IT AND LOSING IT by Jonathan Lethem, published in Fantasy Magazine (yet another terrific anthology edited by John Joseph Adams), in which a man named Pratt manages to divorce himself from the English language. These stories could not be more different, and yet both are about lonely protagonists forced to reckon with a new world. Hear Mr. Ellison’s one-of-a-kind voice to each tale below, and do check out the video above to see him hard at work in the Skyboat booth.

David Brin is a scientist, technology speaker, and author. His 1989 ecological thriller, Earth, foreshadowed global warming, cyberwarfare and the world wide web. A 1998 movie by Kevin Costner was based on The Postman. His novels, including New York Times Bestsellers, have been translated into more than twenty languages, and won Hugo and Nebula awards. His new novel from Tor Books is Existence. Read Lightspeed Magazine‘s Author Spotlight on Brin here to learn why he likes to write about what takes place in between the galaxies. 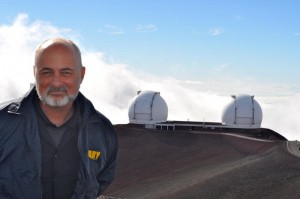 USING IT AND LOSING IT by Jonathan Lethem:

USING IT AND LOSING IT AUDIO

Jonathan Lethem is the author of eight novels including Girl In Landscape, Chronic City, and Motherless Brooklyn, which won the National Book Critics Circle Award and the Salon Book Award. His short stories and essays have been collected in four volumes, and his writing has been translated into over thirty languages. Born and raised in Brooklyn, he now lives in Los Angeles and Maine. Check out Fantasy Magazine‘s Author Spotlight on Jonathan Lethem to learn how he’s more like Pratt than he’d perhaps like. 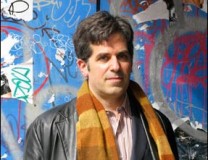