SkyBook Author Harlan Ellison®: ELLISON WONDERLAND, WEB OF THE CITY, SPIDER KISS JOHANNES CABAL AND THE BLUSTERY DAY: And Other Tales of the Necromancer

“Hello, and welcome to the first volume of the Goon Squad saga. I’m Jonathan L. Howard, and I wrote it, so I’m to blame. Sorry about that.”

We’re not! In fact, we think only a brilliant mind like Howard could pull this off. Skyboat fans may recognize him as the author of the Johannes Cabal series (more info here!), as well as the YA novels Katya’s World and Katya’s War.

A lifelong superhero fan, Jonathan L. Howard began the “prose comic-book” Goon Squad, about a team of mismatched superheroes in Manchester,  in January 2014. In his introduction to Volume 1, he explains, “The idea of superheroes, known in the vernacular as ‘Special Talents,’ operating as officially-sanctioned officers that are effectively police seemed a sensible way to deal with such heroes if they existed in the real world.” 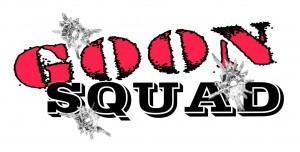 We are thrilled to be bringing Howard’s vivid series to audio, with the fearless Gabrielle de Cuir giving voice to these adventurous tales and our post-production team having a blast with special effects and music.

An ongoing, episodic “prose comic” from which the pictures are summoned by the magic of words, Goon Squad is set in a version of modern-day Manchester. Its biggest divergence from the real city is that it—along with most other large urban centers—has a team of superheroes to protect it against unusual threats with which the conventional forces of law and order would have problems. 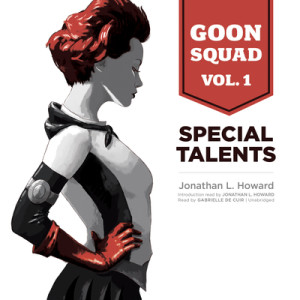 Volume 1: Special Talents is composed of six tales: “The New Girl” (introducing notorious art terrorist Nadiya Kysla, the infamous Puppet Girl, who is trying to leave her past behind), “Nightclubbing” (featuring Puppet Girl’s first time in the field as a member of the Goon Squad…and it doesn’t go so well), “By the Water, by the Grave” (the Goon Squad face gangster Des Garbo, but an act of vandalism in a cemetery may have created otherwordly terrors), “Changes,” “No-No Dojo,” and “Exterminating Angel” (an unstoppable killer strikes the city and the Goon Squad struggle to fight back against the terrible power of the “Exterminating Angel”), as well as an introduction read by the author. The outrageously talented Ken Barton at PhaseShift AV has edited, mixed and mastered this audio adventure. The fabulous audiobook artwork is by Djamika Smith. 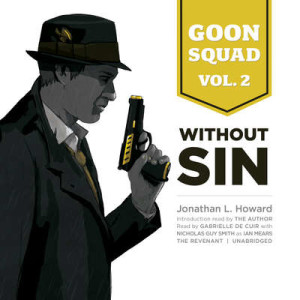 Volume 2: Without Sin is composed of: “A Star in Strange Ways” (the Squad try to penetrate the mystery of the Exterminating Angel’s origins but find they’re not the only one on the trail), “Holy Fool” (with the Squad shrinking in its fight against the Angel, it’s time to learn the secret of the Holy Fool), “Dead Man Tells Tale” (in which Ian Mears, the longest continuously serving Goon Squad member, tells his tale), “A Brief History of the Goon Squad,” “Tale of Terror” and “Pomona Island.”

Gabrielle de Cuir was our best Mancunian Candidate to juggle the many accents involved, and she is joined by Nicholas Guy Smith as Ian Mears the Revenant. 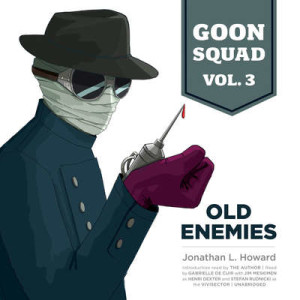 Volume 3: Old Enemies is composed of: “Life during Wartime,” “Red Wolf, Red Wolf, Does Whatever a Red Wolf Can,” “Shadow of the Vivisector,” “The Man from Switzerland,” “The End of the Year Show,” as well as an introduction read by the author.

Keep the wind in Skyboat’s sales and purchase your copy today! Thank you for helping us be the Guardians of Storytelling at its most elite.