First Lady of Noir: Dorothy B. Hughes – Skyboat Author Shirley Jackson’s THE LOTTERY, AND OTHER STORIES

“Johannes Cabal would kill me for saying this, but he’s my favorite Zeppelin-hopping detective. The fellow has got all the charm of Bond and the smarts of Holmes—without the pesky morality.” —Daniel H. Wilson, New York Times bestselling author of How to Survive a Robot Uprising

And Gabrielle agrees, as she explains her passion for Howard’s writing:

Johannes Cabal, “a necromancer of some little infamy,” first appeared in  two short stories, “Johannes Cabal and the Blustery Day” and “Exeunt Demon King,” both published in H. P. Lovecraft’s Magazine of Horror. He then made the jump to novels, starting with Johannes Cabal the Necromancer (2009), Johannes Cabal the Detective (2010), and Johannes Cabal: The Fear Institute (2011). And we are delighted to say the fourth novel in this acclaimed, cult-favorite series, The Brothers Cabal, has just been released – in print and on audio! 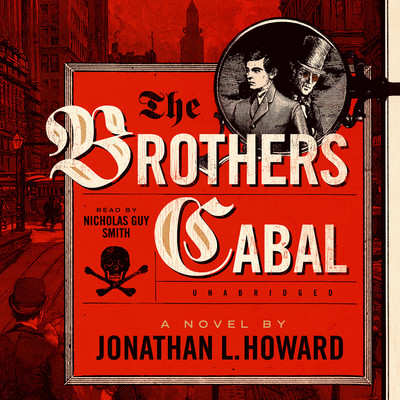 Horst Cabal has risen from the dead—again.

Horst, the most affable vampire one is ever likely to meet, is resurrected by an occult conspiracy that wants him as a general in a monstrous army. Their plan is to create a country of horrors, a supernatural homeland. As Horst sees the lengths to which they are prepared to go and the evil they cultivate, he realizes that he cannot fight them alone. What he really needs on his side is a sarcastic, amoral, heavily armed necromancer.

As luck would have it, this exactly describes his brother. –downpour.com

“Howard makes it look easy to paint a soul-stealing murdering necromancer as a sympathetic character; that, folks, is worth the price of admission.” —The San Diego Union-Tribune 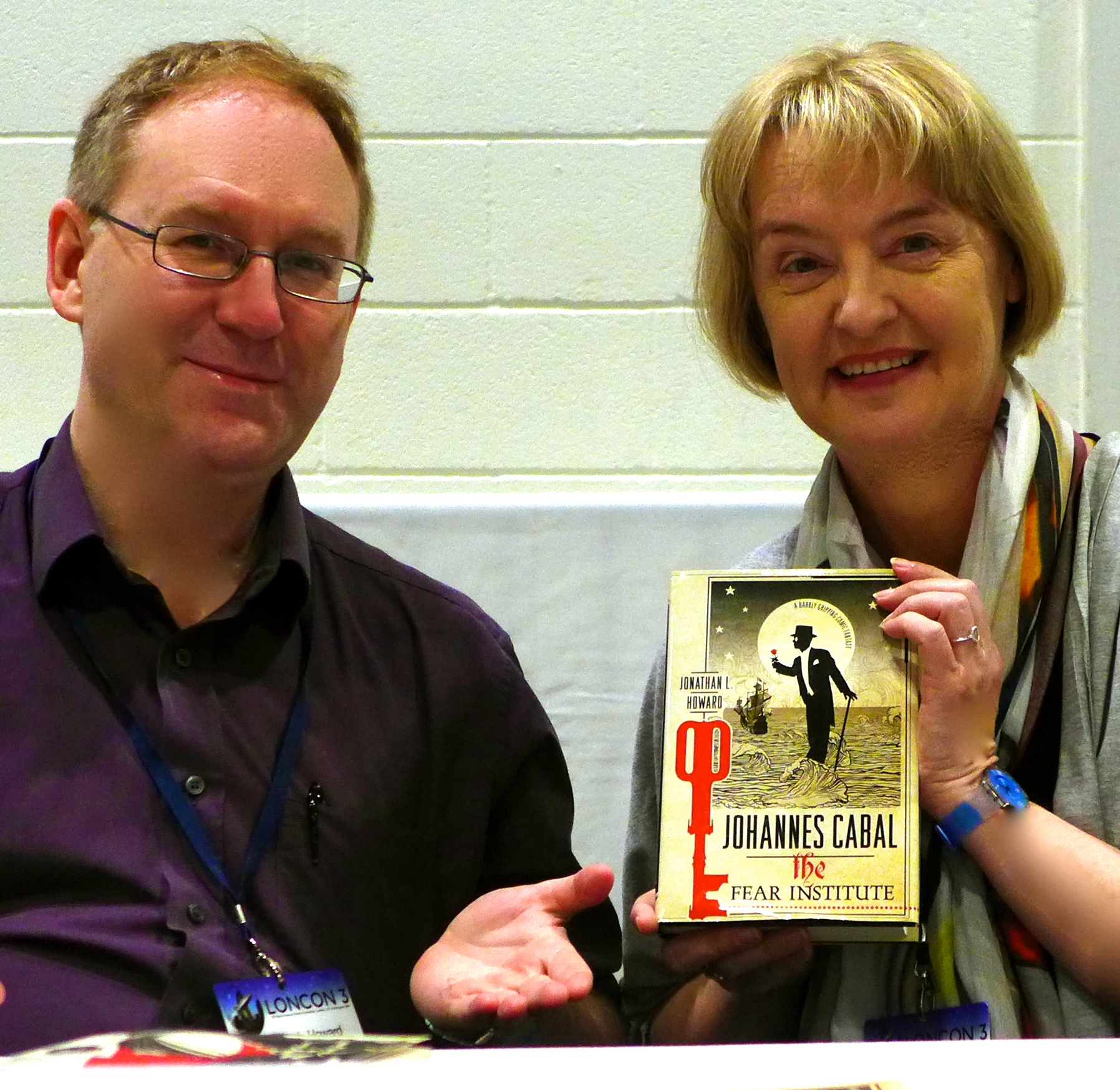 Jonathan and Gabrielle at Loncon 3

So just who is the man behind the necromancer? Jonathan L. Howard is a novelist, game designer, scriptwriter, and a veteran of the computer games industry who is best known for his reoccuring protagonist, Johannes Cabal. He has also authored the YA novels Katya’s World and Katya’s War, as well as the current ongoing episodic “prose comic” Goon Squad. He lives in the United Kingdom with his wife and daughter. 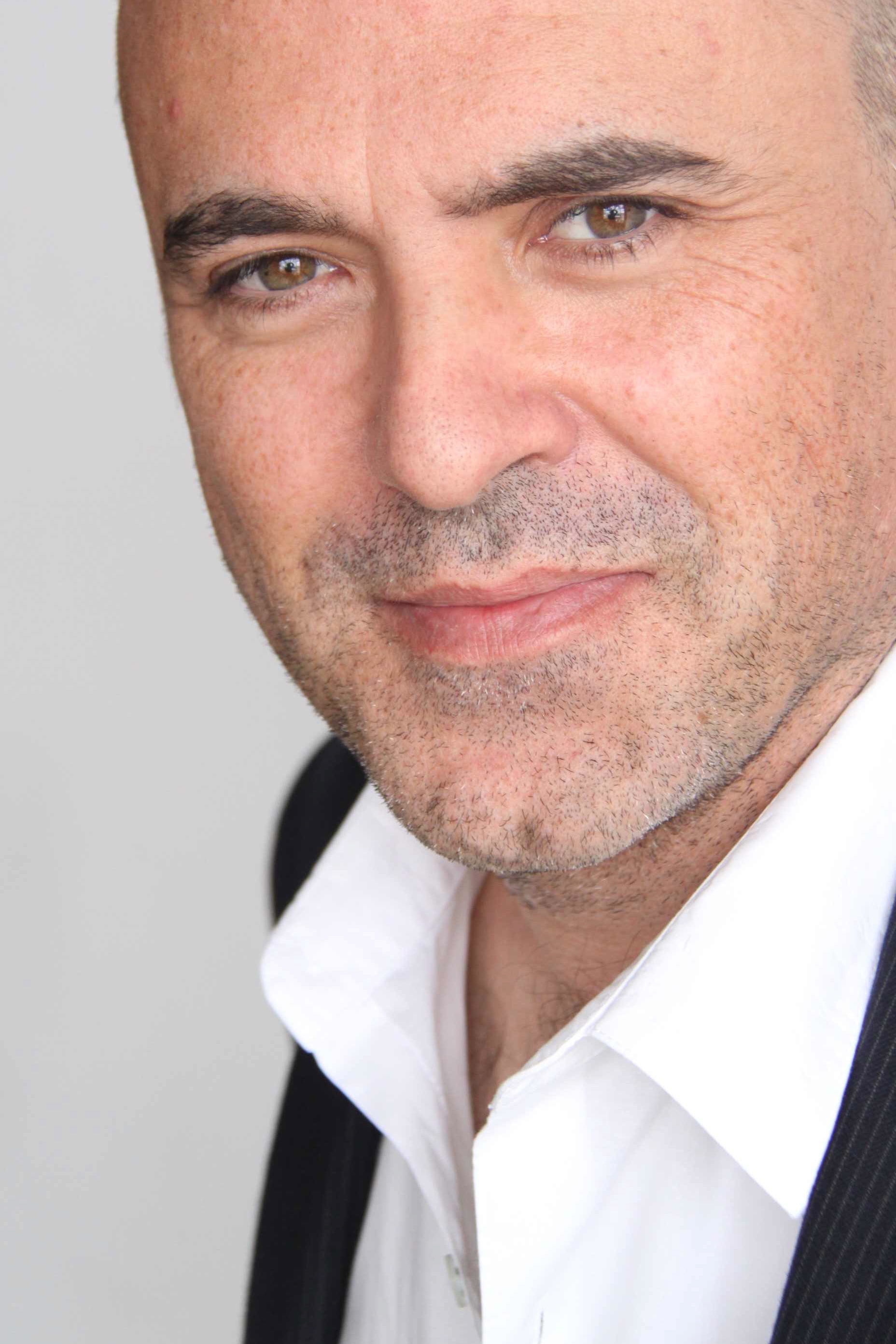 And how about that narrator? Oh yes, Nicholas Guy Smith, a fellow Brit, in fact. A postgraduate of Cambridge University, England, Nicholas is a highly rated and diverse voice-over actor who has been heard in feature films, TV commercials, and video games. He has voiced characters for Disney, Warner Bros., Universal, and the Cartoon Network. He is also an accomplished abstract expressionist artist and a professor of Speech Communication.

And once Nicholas delved into the world of Johannes Cabal, well, we just couldn’t pry the script out of his hands. Um, we’re serious. So not only did he voice Book 4 but he also followed that up with Book 3! (We thought Johannes would forgive us for going out of order. And after reading a review like this, can you really blame Nicholas for wanting to keep narrating? Have a soul!) Watch this video to see how this magnificent actor went about creating these characters on audio: 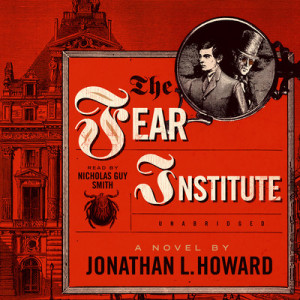 Johannes Cabal and his rather inexact powers of necromancy are back once more. This time, his talents are purchased by the Fear Institute as they hunt for the phobic animus—the embodiment of fear. The three institute members, led by Cabal and his silver key, enter the Dreamlands and find themselves pursued by walking trees plagued with giant ticks, stone men that patrol the ruins of their castles, cats that feed on human flesh, and phobias that torment and devastate. The intrepid explorers are killed off one by one as they traipse through this obfuscating and frustrating world, where history itself appears to alter. Cabal, annoyed that the quest is becoming increasingly heroic, finds himself alone with the institute’s only remaining survivor, and after a shockingly violent experiment, begins to suspect that not everything is quite as it seems. — downpour.com

But, while Nicholas took over Cabal, Jonathan actually squeezed in some narrating himself – reading Rhonda Eikamp’s “The Case of the Passionless Bees” for the Women Destroy Science Fiction Issue of Lightspeed Magazine.

We would add: and listen to! So there you have it. Two chances to jump into the wild world of Johannes Cabal, a world which has inspired its own (gorgeous) fan-operated tumblr. Get started today.