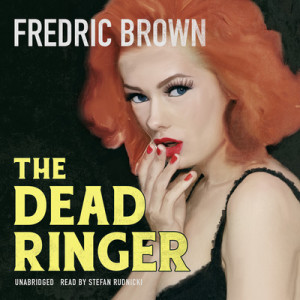 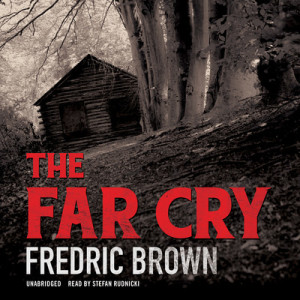 Once upon a time, a girl named Jenny Ames was murdered in a lonely house. No one knew where she had come from, or why she had died, or who killed her.

Years later, a man moved into the same house—and discovered that nothing is more seductive than an unsolved murder.

The Far Cry is another top FredricBrown job—a most adroit, inventive, and utterly horrifying mystery. 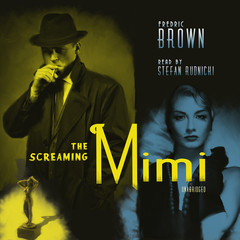 THE SCREAMING MIMI is a touchstone of psychological horror that achieved cult status in its day. From the original publisher: this “beloved, larger-than-life thriller…stars Bill Sweeney, an ace reporter with an otherworldly drinking problem who gets mixed up with a naked woman as the latter is trying to avoid becoming the fourth victim of a local serial killer.” Whew. “Rousing himself from his drunken stupor in order to aid the woman, Bill sets out on the killer’s trail. As he puts questions and answers together, he finds himself face-to-face with madness and death. In this wild ride from a renowned author, you’ll visit an insane asylum, meet a bum named “God,” and discover the little statue that ties everything together.” It’s no wonder Stefan’s been wanting to read this thing for years. Get ready for some serious psychological fun. Directed by the lovely and talented Claire Bloom. 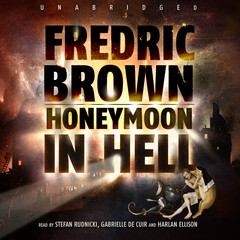 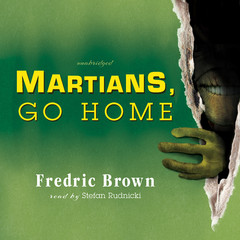 Last but never least, MARTIANS, GO HOME is a comic science fiction novel that tells the story of Luke Devereaux, “a science fiction writer who witnesses an alien invasion of little green men. These Martians haven’t come to Earth to harm anyone—just to annoy people. Unable to touch the physical world, or be touched by it, they take great pleasure in walking through walls, spying on the private lives of humans—and revealing their every secret. No one knows how to get rid of these obnoxious little aliens, except perhaps Luke. Unfortunately, Mr. Devereaux is going a little bananas, so it may be difficult for him to try—but not impossible.” Stefan narrated this under the watchful ear of Directress Cassandra de Cuir.

Listen to find out why The Boston Herald said “Brown is at his best in this eerie science fiction classic of the invasion of the earth by one billion Martians in the year 1964” and why i09.com declared this book “a hilarious and hysterically mean-spirited romp that turns the genre’s conventions on its ear.”