Classic Mystery Library: THE MYSTERIOUS AFFAIR AT STYLES, MURDER ON THE LINKS and THE MAN IN THE BROWN SUIT by Dame Agatha Christie NEPTUNE CROSSING (The Chaos Chronicles) by Jeffrey A. Carver

THE WHARTON GOTHICS: Stories of the Unnatural and the Supernatural (a SkyBook Original) and OLD NEW YORK. Two Audiobooks by Edith Wharton

“But I have sometimes thought that a woman’s nature is like a great house full of rooms: there is the hall, through which everyone passes in going in and out; the drawing-room, where one receives formal visits; the sitting-room, where the members of the family come and go as they list; but beyond that, far beyond, are other rooms, the handles of whose doors perhaps are never turned; no one knows the way to them, no one knows whither they lead; and in the innermost room, the holy of holies, the soul sits alone and waits for a footstep that never comes.” –Edith Wharton, The Fulness of Life 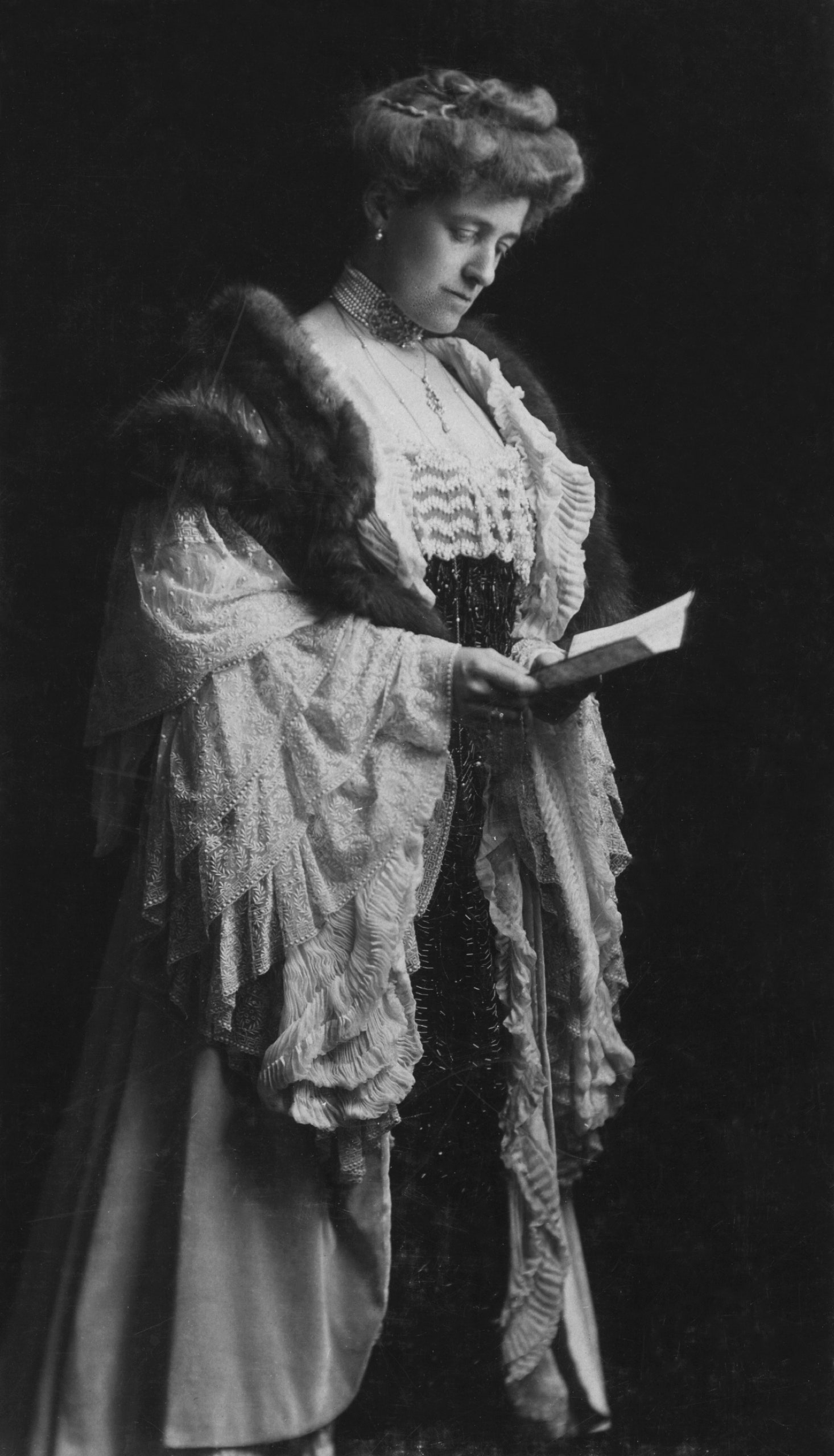 Edith Wharton (1862-1937) was born and raised in the repressed, strict high society of New York in the late nineteenth and early twentieth centuries, which serves as a central figure of much of her writing. Privately educated at home and in Europe, Wharton began writing at a very early age and even had a collection of her poetry, Verses, privately published when she was just sixteen.

Her first novel The House of Mirth (1894) was widely well-received. Edith Wharton became the first female recipient of the Pulitzer Prize, for her novel The Age of Innocence (1920). Wharton was also the first woman to receive an honorary Doctorate of Letters from Yale University and a full membership in the American Academy of Arts and Letters. In total, Wharton wrote over forty books in forty years. In addition to fiction, she also wrote books on architecture, gardens, interior design, and travel.

“Genius is of small use to a woman who does not know how to do her hair.” –Edith Wharton, The Touchstone

Wharton is probably best known for her stark portrayal of New York’s high society, and being a member of the upper crust herself, who would have been better positioned to do so? Like her characters, she knew all the customs and taboos from fork placement to the acceptable progression of a courtship; and she knew exactly how restrictive those rules could be, and precisely the form of punishment that lay in store for those unable, or unwilling, to follow them.

In this original audiobook compilation of Edith Wharton’s gothic short stories from Skyboat Media and Blackstone Publishing, THE WHARTON GOTHICS: STORIES OF THE UNNATURAL AND THE SUPERNATURAL is the perfect blend of Wharton’s biting social commentary and her uncanny ability to strike at what keeps us up at night.

Wharton’s critical irony and dry wit shine through even in the most haunted tales, where characters lean into the unnatural, the scandalous, and the supernatural. But when they peek behind the veil of “decent” society, and the ghosts of the gilded age manifest themselves, the characters may wish they had just left well enough alone. 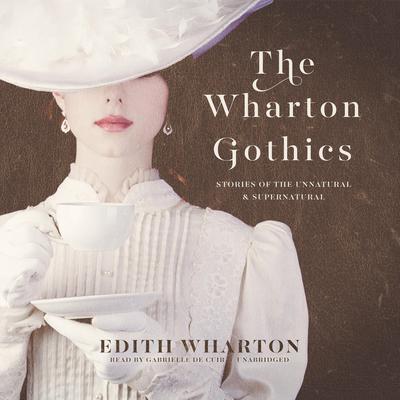 THE WHARTON GOTHICS: STORIES OF THE UNNATURAL AND THE SUPERNATURAL by Edith Wharton

An original compilation of eight of Edith Wharton’s gothic stories.

A ghostly presence in “The Lady’s Maid’s Bell” desires revenge against a tyrannical husband. In “Mr. Jones,” Lady Jane Lynke inherits an estate unexpectedly, and can’t make sense of how to manage the servants – especially since the caretaker has been dead for decades, but keeps giving orders. Meanwhile, in “Afterward,” a newly wealthy American couple moves into a large, isolated house in southern England complete with a ghost…and the mysteries surrounding the husband’s business are slowly uncovered. In “The Hermit and the Wild Woman,” the “hermit,” while a young boy, witnessed the killing of his family during an attack on his town. As a result of this trauma, he has retreated into isolation – until he meets a “wild woman” who comes to live nearby.  These are just a few of the wonderful and unnerving tales gathered together in this new compilation of Wharton’s gothic stories.

THE WHARTON GOTHICS Table of Contents:

The Fulness of Life

The Hermit and the Wild Woman

Purchase your copy of THE WHARTON GOTHICS today!

In her 2008 biography on Wharton’s life, Hermione Lee calls the writer “a social anthropologist of her tribe” and a “novelist-ethnographer,” and this could not be more true of her writing of the four tales of OLD NEW YORK. Spanning four decades (the 1840s, ’50s, ’60s, and ’70s), Wharton’s four novellas reflect on the New York of her childhood and early adulthood. And while Wharton may have chafed at the rigid mores of her social circle in her youth, there is still almost a sense of nostalgia threaded into the criticism and wit she unfailingly wields with her pen.

In her essay “A Little Girl’s New York” (Harper’s Magazine, 1938), Wharton wrote that: “Everything that used to form the fabric of our daily life has been torn in shreds, trampled on, destroyed; and hundreds of little incidents, habits, traditions, which, when I began to record my past, seemed too insignificant to set down, have acquired the historical importance of fragments of dress and furniture dug up in a Babylonian tomb.” OLD NEW YORK revives those “insignificant” traditions and incidents to paint vivid, humorously biting, and surprisingly touching sociological portraits of the world that raised Edith Wharton. But those SOMETHINGS of daily life are not the only thing that Wharton resurrects in these stories.

In “The Spark,” Mr. Hayley Delane speaks of a poet he met while healing from an injury he incurred in the Civil War: a young man named Walt. Of course at the time, Mr. Delane did not know who the poet was or that he would figure so large in American literature. In fact, Wharton even counted Whitman as one of her favorite poets, though his work was not always readily available to her. Wharton recalled that “Leaves of Grass was kept under lock and key, and brought out, like tobacco, only in the absence of ‘the ladies’ to whom the name of Walt Whitman was unmentionable, if not utterly unknown” in her childhood. As an adult, Wharton remarked that Whitman “sees through the layers of conventional point of view and of the conventional adjective straight to the thing itself… and to the endless thread connecting it to the universe.” (Visit The Mount for more details and more fascinating Wharton trivia!)

And who could admire seeing through convention to heart of the matter more than Wharton herself? 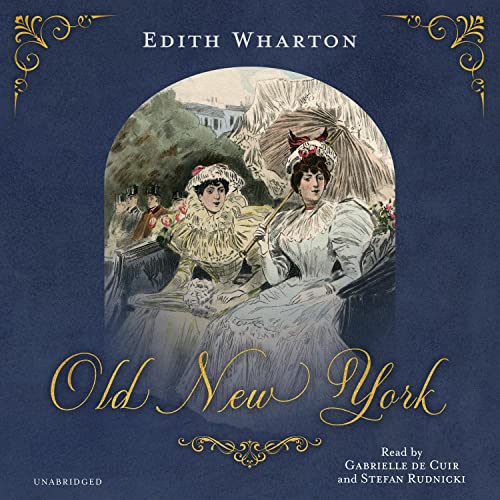 Spanning four decades in the mid-nineteenth century, the interconnected novellas of Old New York lay out in vivid detail the complex and inscrutable codes, customs, and taboos of New York society in classic Wharton style.

In False Dawn (1840s), Mr. Halston Raycie sends his son, Lewis, to Europe to buy art, as Mr. Raycie aims to ascend to the upper crust of society by means of a well-respected art collection. But when Lewis returns from Europe with daring pieces by artists unknown to the New York socialites and tastemakers, his appalled father disinherits him, only to discover, too late, the wisdom of his son’s intuition.

The Old Maid (1850s), the best known of the four novellas, follows the life of Tina, a young woman caught between the mother who adopted her—the beautiful, upstanding Delia—and her true mother, her plain, unmarried “aunt” Charlotte, who gave Tina up to provide her with a socially acceptable life. The three women live quietly together until Tina’s wedding day, when Delia’s and Charlotte’s hidden jealousies rush to the surface.

Then in The Spark (1860s), Mr. Hayley Delane recounts how his life has turned out since he was wounded in the Civil War, where, during his rehabilitation, he chances to meet a certain American poet whose memory stays with him all his life.

And finally in New Year’s Day (1870s), Mrs. Lizzie Hazeldean’s suspected affair with the unmarried Henry Prest is the center of scandal and gossip in the city, but the true nature of the relationship is not what it may seem.

Looking for more classic tales? Be sure to check out another gorgeous original audiobook collection, LOIS THE WITCH, AND OTHER GOTHIC TALES, featuring some of Elizabeth Gaskell’s finest (and spookiest) short stories and novellas (more details here)!