Our Lady of the Open Road and Other Stories from the Long List Anthology, Volume 2 Audiobook A MURDER ON WALL STREET and A MURDER ON LONG ISLAND: Joey Mancuso, Father O’Brian Crime Mystery Series (Volumes 1 & 2)

THE CIA AS ORGANIZED CRIME: How Illegal Operations Corrupt America and the World 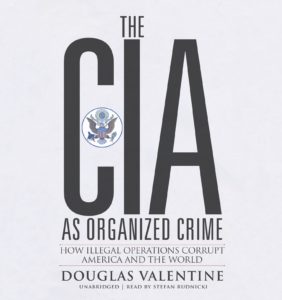 The only way to really grasp what is currently happening in our current political stew is by studying and understanding how the CIA and other bureaucracies began and tracing how they have evolved.  What change has there been in the concentration of power?  What role do the media play? Fake or otherwise. Only by answering these questions can we see through their “spin” on reality.

Including excerpts from Douglas Valentine’s first three books, along with articles and interview transcripts about various political topics, THE CIA AS ORGANIZED CRIME shows how the CIA has infiltrated drug enforcement agencies to ensure that drugs not only enter the country, but are delivered to certain targeted groups.  It sheds light on the intricacies of the CIA’s Phoenix Program in Vietnam and how it changed the very nature of how America fights its wars. Both currently have had sinister effects on the world today, but are deeply frightening in their future implications.  This audiobook provides a view of current affairs through the history of not only the CIA, but the DEA, and other bureaucracies still active in this country.

Narrated by award winning Stefan Rudnicki, THE CIA AS ORGANIZED CRIME will change the way you see what’s going on around us in the world today. Skyboat is thrilled to bring this to audio. It’s a must listen.

“Doug Valentine belongs to that precious remnant of journalists and historians with the wisdom to see our time, the integrity and courage to write about it, and the literary grace to bring it all chillingly alive.”-Roger Morris, Author of Richard Milhous Nixon:  The Rise of an American Politician

Here is an audio interview with the author on Timothy Kelly’s OUR INTERESTING TIMES Podcast: 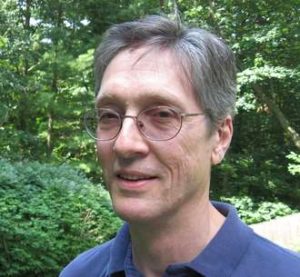 Douglas Valentine is an American journalist and author of four works of historical non-fiction: The Hotel Tacloban, The Phoenix Program, The Strength of the Wolf (winner of the Choice Academic Library Award), and The Strength of the Pack. His articles have appeared regularly in CounterPunch, ConsortiumNews, and elsewhere. Portions of his research materials are archived at the National Security Archive (both a Vietnam Collection and a separate Drug Enforcement Collection), Texas Tech University’s Vietnam Center, and John Jay College. He provided expert testimony at the King v Jowers trial on the Martin Luther King, Jr.  assassination  at the request of the King family. (Courtesy of Clarity Press).