WCWC: The highlights! ROUSSEAU AND REVOLUTION: THE STORY OF CIVILIZATION CONTINUES…& CONTINUES… 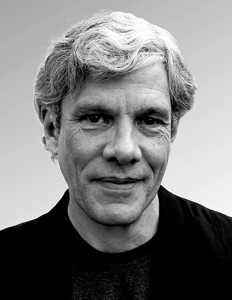 Lewis Shiner lives in North Carolina, where he works as a computer programmer by day and writes some of the most imaginative fiction we’ve read in a long while in his free time.  From the 60s-era, rock-inspired GLIMPSES to the powerful skate-punk tale SLAM to the suspenseful, Argentinian setting in DARK TANGOS, it seems there’s no kind of story that Shiner cannot tackle.  Lucky for us, we’ve got Golden Voice Stefan Rudnicki in the Skyboat Studios, tackling the audio to bring some of these fantastic stories to new life.

Most recently, Stefan was joined by Gabrielle de Cuir to voice Shiner’s science fiction debut, FRONTERA. A debut which was a 1985 Philip K. Dick Award Finalist and Nebula Award Finalist, mind you.

After the world’s governments collapsed, the corporations took control. Houston’s Pulsystems has sent an expedition to the lost Martian colony of Frontera to search for survivors, but the colonists are not only alive; they have discovered a secret so devastating that the new rulers of Earth will stop at nothing to own it. But none of them have reckoned with Kane, whose hallucinatory voices are urging him to complete an ancient cycle of heroism and alter the destiny of the human race. –downpour.com 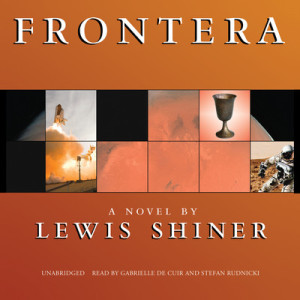 “Rudnicki and de Cuir take separate chapters, each imbuing the strongly written characters with engaging personalities. It’s a powerful story that challenges the listener’s ideas about right and wrong, humanity and science. Not portraying only male and female characters respectively, Rudnicki and de Cuir allow listeners the chance to hear the same characters speak through different voices.” —AudioFile Magazine

For GLIMPSES: A NOVEL, published in 1993, Stefan adeptly inhabited protagonist Roy Shackleford, a man struggling with divorce and death who suddenly realizes that he can hear music no one else can—music that could change the world. 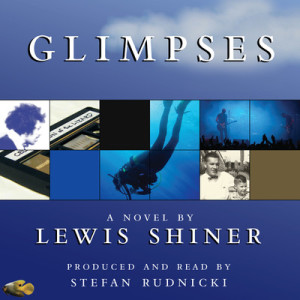 “I have just finished listening to it and I was holding back tears by the end. Rudnicki gave a beautiful performance, full of passion and understanding for the text, and the source material is just so good.” –Cory Doctorow, excerpted from blog post “Glimpses: amazing audiobook of one of the all-time-great rock-n-roll novels“ 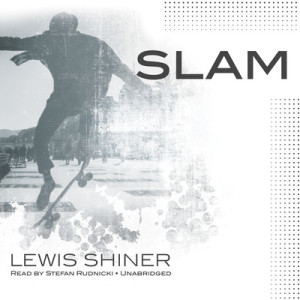 Stefan returned to the studio to narrate SLAM, a strange and suspenseful story deeply entrenched in the slacker culture and seedy underbelly of Texas. SLAM was written in 1990, but the audio is fresh off the presses courtesy of Blackstone Audio. 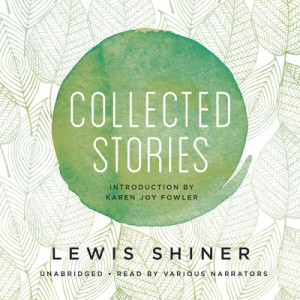 “These forty-one powerful stories cover Shiner’s career across three decades and multiple genres, showcasing hard-edged, often political genre fiction at its finest. The oft-reprinted ‘The War at Home,’ ‘The Circle,’ and ‘Till Human Voices Wake Us’ remain worth reading, but the less familiar tales really make this collection stand out…Shiner never fails to astound, and this collection highlights everything that makes him one of today’s best storytellers.” —Publishers Weekly (starred review)

We love Lewis.  Now, if only we could get him to quit his day job and write full-time! Thankfully there is plenty to explore in the meantime; hop over to downpour.com and get started listening today.