THE SWARM: Volume One of the Second Formic War MAGIC TIME: THE AUDIO PLAY

By Gabrielle On September 15, 2016 · Add Comment · In Featured, In the Studio, SkyBooks, Stars of Tomorrow

Golden Ages are great, right? Like Greece? Like Hollywood? And let’s not forget the Golden Age of Television.

“The golden age of television comes to life in this scathingly critical and immensely entertaining novel from Stone.  The author ably captures the tension and excitement of live television, focusing on how quickly this medium made and destroyed both careers and lives.  This modern fable of fame and failure emphasizes the political and economic agendas that molded the entertainment industry and a generation. This fast-paced and emotionally vibrant satire is a treat for television buffs and general readers alike.”-Publisher’s Weekly Starred Review

It’s 1955, television is coming into its own as both an entertainment and political medium.  Everyone has an agenda. The anti-Communist blacklist is alive and well, though everyone denies its existence.

Grammy-winning narrator Stefan Rudnicki had a blast with this one.  He tells us the story of Jonny Dirby, a television writer who’s just been fired (blacklisted) and decides to take his revenge by changing a script right before it goes on the air.  He creates “Justice Girl,” an accidental phenomenon whose catchphrase “Justice is served” begins to sweep the nation.

Anything The Criterion Collection does is golden as far as we’re concerned. Recently we watched a stunning documentary about this very period of Golden Age Television. 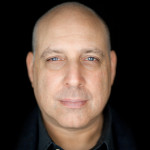 Author Julian David Stone draws on his twenty years in the entertainment industry (and the personal stories/anecdotes of those who lived through the 1950s) to craft this entertaining story set in the early days of live television.  His is an insider’s perspective.

After relocating to Los Angeles from San Francisco, he wrote screenplays for Paramount and Disney among others. His recent work includes the full-length play, The Elvis Test and direction of the short-form documentary, Frank Sinatra-Body and Soul.

Julian came to visit Stefan at Skyboat during the recordings, to see that, well, Justice was being properly served! We are very proud of our relationship with Julian, and are so glad he trusted us to … okay, do his story Justice. 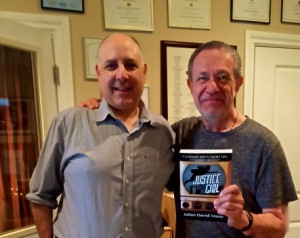 Julian and Stefan in the Studio

And this clip from My Favorite Year elegantly portrays all the inherent fears of “live” television.