Our first EGA CAST post featured Kirby Heyborne, who led us all into proverbial battle as Ender.  But little Ender would never have become the boy he was destined to be without two very important people: his siblings.  His elder brother, Peter, fueled by a deadly combination of fear and envy, taught Ender to be tough; and Valentine, Ender’s sister, taught Ender what it meant to love.  In ways, these two characters are two halves of Ender’s whole, and so it was incredibly important for us to find the right actors to play them.

Enter Paul Boehmer and Susan Hanfield, two absolute stars in their own right.  Both have put in time as directors, narrators, and producers here at Skyboat for a long while, using their endless wells of talent to bring forth such incredible projects such as Audie-award winning Dracula (Paul) and the soon-to-be-released Letters of a Nation (Susan), as well as many more. 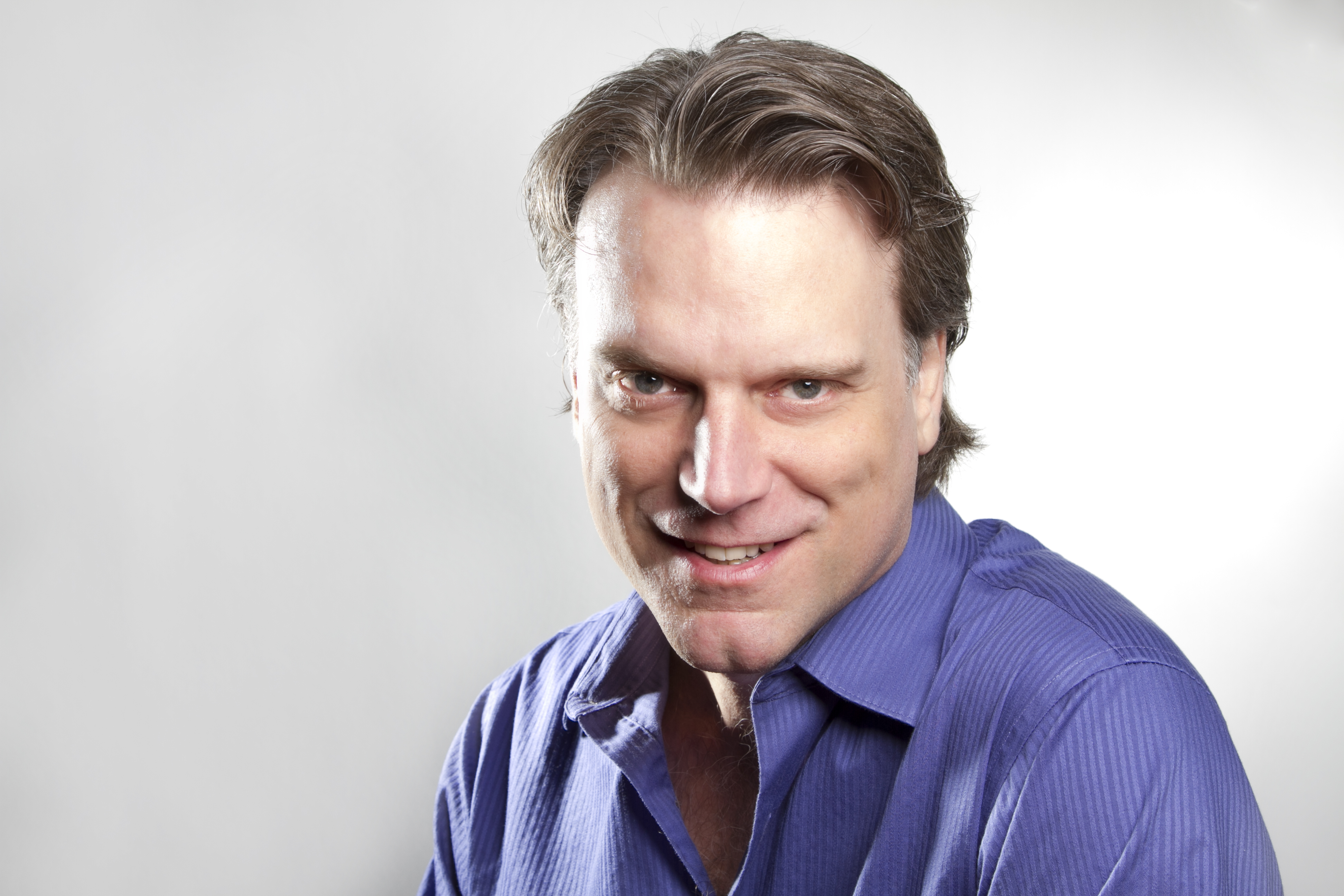 Paul is a stage, television, and film actor known as much for Shakespeare as he is for Star Trek, and while we love listening to the countless stories and books that he’s narrated and directed over the years, our favorite story hour is when he’s regaling us with tales of his cat.  We knew he was a shoe-in for Peter way back in one of the first table reads for EGA: he called Valentine a fart-mouth, and the entire room erupted in laughter.  The rest was pretty much history.  In the role of Peter, Paul literally had us crying tears of laughter as he channeled his inner bully to torture his brother to no end(er).  But he pulled on our heart strings too.  When recording the scene when Paul tiptoes into Ender’s room and whispers a late-night apology, the room erupted yet again, only this time it was in a collection of heartfelt sighs.

Watch their intensity as they play together in this opening section of EGA:

And watch the video below to see Paul’s silly desire for world domination: In addition to being an incredible narrator and voice-over artist, Susan is also an accomplished actor who has appeared in several independent films, theater productions, and national commercials.  And as Valentine, Susan was no stranger to those heart strings either.  She is just the kind of actor who commits entirely, who arrives on set so focused and yet so sweet, who’s able to seesaw between lightness and depth in a way that will catch any onlooker’s breath in his or her throat.  Just as Paul was able to channel his inner bully, Susan was truly able to access what it meant to be a young girl caught between two warring brothers.  She brought such a vulnerability, such an authentically emotional presence, that we too wanted to save the world for her once we listened to her talk for about a millisecond.  See what we mean below, in this sneak peek of the lake scene: