“If you cross Christie’s And Then There Were None, Grisham’s The Firm and Harris’ The Silence of the Lambs, you might get something like [this].”-RT Book Review

In the first installment of the series, DANTE’S WOOD, psychiatrist Mark Angelotti thinks he’s ready to move forward with his life after being diagnosed with a degenerative eye disease that is leaving him blind. He’s asked to examine a mentally handicapped teenager named Charlie Dickerson, whose wealthy mother insists he’s being sexually abused at his care center. Mark thinks something else is going on.

“Angelotti’s smart-aleck tendencies and unswerving dedication to his vulnerable client-as well as an exciting climax-keep the reader turning the pages.”-Publishers Weekly

“I only wish book lovers could get this sooner.”-Kelly Konrad writing on ChicagoNow.

In DANTE’S POISON, near-blind psychiatrist Mark Angelotti has enrolled in a medical study to try a drug that may restore his sight to him. It’s the one hope he clings to at the moment. He’s trying to move on after his divorce, the death of his older son, and the estrangement he’s experiencing with his younger son.

“Raimondo’s sophomore legal thriller (after Dante’s Wood), methodically paced and intricately constructed, is an engrossing read with twists all the way to the end.”-Library Journal

“Nothing about a Raimondo novel is quite as it seems, and Dante’s Dilemma will keep you up long past a sensible bedtime.”-Durango Herald 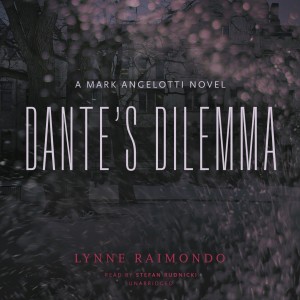 “Absorbing…Raimondo does a good job highlighting some current academic controversies, but the book’s main strength is the flawed Angelotti, whose self-deprecating, wry humor in the face of his disability serves to offset some decidedly dark subject matter.”-Publisher’s Weekly

As Suspense Magazine says, “[The] writing is first class and readers will love having to guess the finale right up until the reveal on the very last page.” 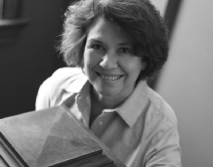 About the author:  Before turning to writing, author Lynne Raimondo was a partner at a major Chicago law firm, the general counsel of Arthur Andersen LLP, and the general counsel of the Illinois Department of revenue. As Ellery Queen Mystery Magazine noted about DANTE’S WOOD, “The trial scenes and dialogue with lawyers bristle with realism.” Now we know why. Visit the author’s site at lynnraimondo.com.

Please purchase you copy now by clicking here, and enjoy an audio-binge!