By Gabrielle On September 11, 2015 · Add Comment · In Featured, In the Studio, SkyBooks

—Petition of Mary Easty (convicted of witchcraft and hanged) 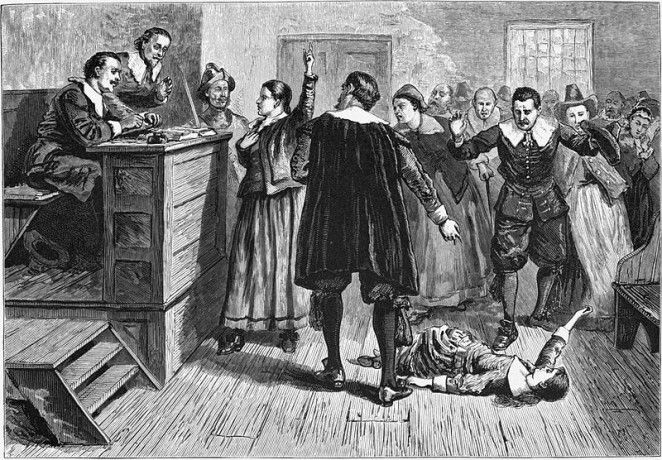 It started with nine girls and spiraled into the executions of twenty. In spring of 1692 in Salem Village, Massachusetts, a group of local girls began to act strangely – laughing hysterically, rolling on the floor, screaming that they saw terrifying phantoms – and the doctor could only explain these outbursts as witchcraft. So began the now infamous Salem Witchcraft trials.

And now, for the first time on audio, you can hear this true tale crafted by one of the masters of horror herself – Shirley Jackson. Originally published in 1956, this was the first foray of Jackson, a married mother of four, into the world of Young Adult Literature. So dust off those cobwebs on that long ago Salem lesson you kinda-sorta remember from grade school and get ready for the riveting true story re-told. Because this is Shirley Jackson, and not just Shirley Jackson, but Shirley Jackson at Skyboat — we guarantee you haven’t heard this before. 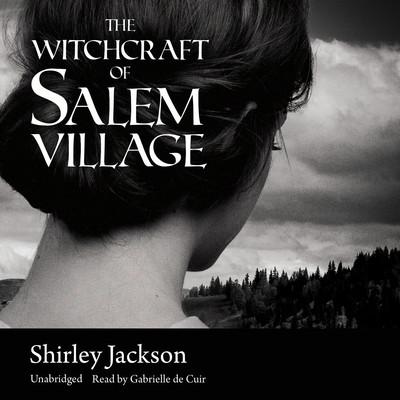 A detailed account of one of the most shocking episodes in American history. Stories of magic, superstition, and witchcraft were strictly forbidden in the little town of Salem Village. But a group of young girls ignored those rules, spellbound by the tales told by a woman named Tituba. When questioned about their activities, the terrified girls set off a whirlwind of controversy as they accused townsperson after townsperson of being witches.

Author Shirley Jackson examines in careful detail this horrifying true story of accusations, trials, and executions that shook a community to its foundations. 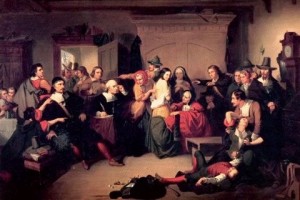 appalling yet captivating, the only way to make this more satisfying would be to get a wickedly talented narrator…oh wait, we did!

After narrating select stories in Jackson’s THE LOTTERY, AND OTHER STORIES (visit our LOTTERY blog post for more details!), Gabrielle de Cuir takes on this one single-handedly, giving voice to the possessed children and the ruthless investigators and to this moment in American history where terror reigned.

“The parallels between the Salem witch trials and more modern examples of ‘witch hunting’ like the McCarthy hearings of the 1950’s, are remarkable.” –The Salem Witch Museum 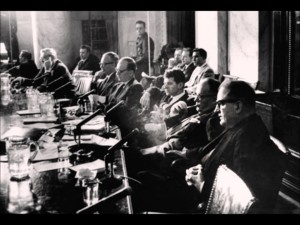 Indeed, Gabrielle couldn’t help but notice the parallels between this work and Skyboat’s recent audio reenactment of THIRTY YEARS OF TREASON: EXCERPTS FROM HEARINGS BEFORE THE HOUSE COMMITTEE ON UN-AMERICAN ACTIVITIES. Both instances of escalating mass hysteria; both shattering innocent victims and turning lives upside down; both legacies of American history.

And both worth reflection and, may we suggest, another listen.

So get out the headphones and dive into a real story of witches – purchase your copy today.