THE CIA AS ORGANIZED CRIME: How Illegal Operations Corrupt America and the World & TDY. Two Audiobooks by Douglas Valentine. Revolution’s End: The Patty Hearst Kidnapping, Mind Control, and the Secret History of Donald Defreeze and the SLA

Skyboat Media is proud to present A MURDER ON WALL STREET and A MURDER ON LONG ISLAND, the first and second installments of an exciting murder-mystery series by Owen Parr. Audiobooks are narrated by Stefan Rudnicki.

“The narration for A Murder On Wall Street was done by Stefan Rudnicki who does a great job….Overall, A Murder On Wall Street was a highly enjoyable and relatively short crime thriller/mystery that I think readers of either genre will enjoy. Fans of American Greed should also check this out, it feels like it was ripped right from the headlines.” —Excerpt from Brian’s 5 star audiobook review on briansbookblog.com 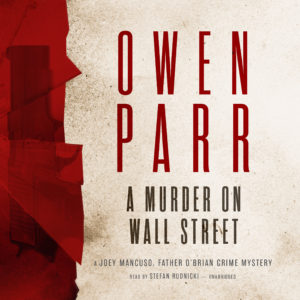 Considering the money laundering, insider trading, and a Ponzi scheme that the group uncovers, murder seems like a safe bet. Who did it? Why?

Listen and find out. Hop over to Skyboat’s SoundCloud to listen to an audiobook sample and purchase your copy today!

If you like what you hear, you’ll love the second installment, A MURDER ON LONG ISLAND.

“Apart from the wonderful storytelling skills, the author demonstrates great mastery in the art of creating biting suspense, of excellent prose, and the ability to stir strong emotions in readers.” —Readers’ Favorite 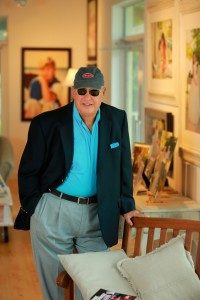 Owen Parr was born in Havana, Cuba and grew up in Miami Beach.  He has been employed in the financial advice industry since 1986. During this time, he’s still managed to write. Whether it’s articles for the local paper, his blog, and screenplays that he’s now converting into fictional novels. He’s been writing this whole time.