NEPTUNE CROSSING (The Chaos Chronicles) by Jeffrey A. Carver Skyboat presents: BABEL-17, DHALGREN, THE EINSTEIN INTERSECTION, NOVA, STARS IN MY POCKET LIKE GRAINS OF SAND, and THE MOTION OF LIGHT IN WATER – Six audiobooks by Samuel R. Delany

“Her fan base began with the eccentrics at society’s lower end and went all the way up to Queen Victoria. Corelli was the monarch’s favorite author, and if you think about it this makes perfect sense: her books are high flown, aspirational, unsubtle, workmanlike, idealistic, rich in pseudo-Shakespearean ruminations, pleasurable in an instructive way, siding with the virtuous but fully understanding – and reveling in – the value of a good villain: perfect bedtime reading for English queens.” —Lili Loofbourow, LA Review of Books 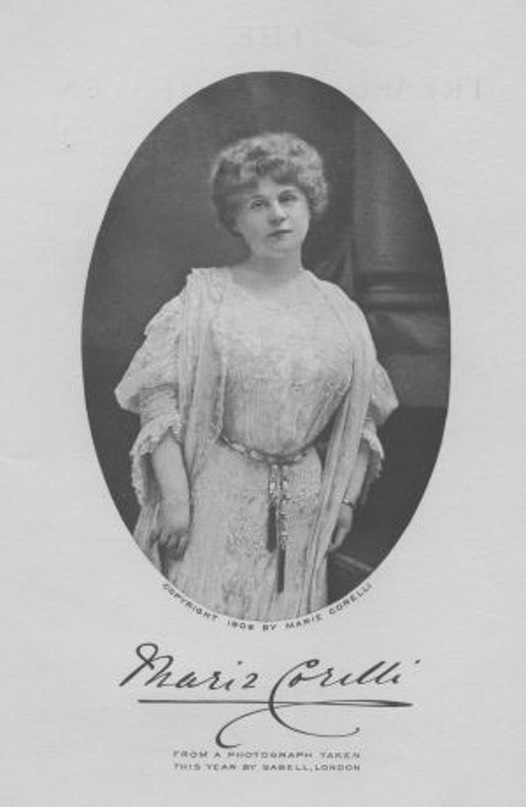 Photograph of Marie Corelli in the frontispiece to ‘Temporal Power’, published in 1906. Image via mariecorelli.org.uk.

In Victorian England, many critics ignored and looked down their noses at the novels of Marie Corelli, yet she was one of the best-selling and most widely read novelists in her day, and at one time she was the most highly paid author in all of England. In fact, her novels sold more copies than the combined sales of many popular contemporaries, including Arthur Conan Doyle, H. G. Wells, and Rudyard Kipling.

So how could this be? What did her readers, from England to the colonies, from all social classes, see that critics did not?

Well, to start, what critics may have viewed as sensationalist and overly dramatic readers saw as exciting and romantic, as exalting tales that took them out of the cynicism of everyday society. The rich worlds of Corelli’s novels did not just enchant and entice the reader with a sense of exoticism and fantasy, did not just thrill and tantalize them with romance and scandal, but also examined and ruminated over religion and philosophy and science. Perhaps critics did not have appreciate the mixing of seemingly “masculine” subjects with the “femininity” of her subject matter, but clearly Corelli did not mind — she may have even made a sport of it.

And her commercial success had to have been helped by Corelli’s own mysterious background. Born Mary Elizabeth Mills, or Mary Elizabeth Mackay, Marie Corelli‘s early life was a shroud of obscurity (even now there is still some question as to her past), but the story she presented to the world was as romantic and melodramatic as any of her novels. Allegedly, Corelli is the illegitimate daughter of Charles Mackay, a colleague of Charles Dickens, and she changed her name in order to distance herself from the circumstance of her birth. So when her first novel, The Romance of Two Worlds, was published in 1886, Marie Corelli was introduced to the world.

Corelli quickly gained popular and commercial success with her novels. Her Faustian tale THE SORROWS OF SATAN (1895) became one of the first best-sellers published in a single volume and helped shape the format of the modern novel. 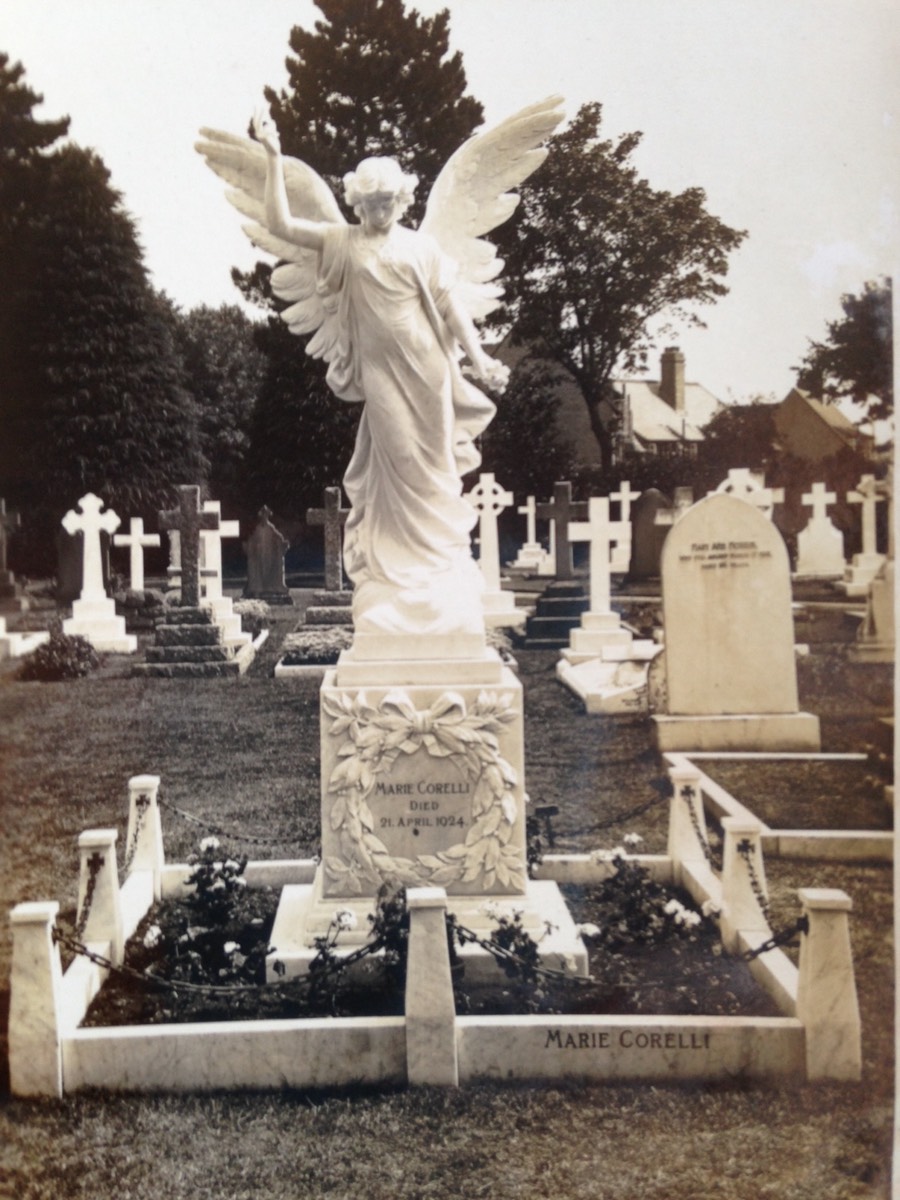 Marie Corelli’s grave before Bertha Vyver’s death in November 1941 as her name has not been added to the marble border. Image via mariecorelli.org.uk

Before her death, Corelli moved to Stratford-upon-Avon with her companion, Bertha Vyer, and she worked tirelessly for the preservation of the works and legacy of William Shakespeare. Her manner did not always lead to her being well liked and the male-dominated town did not look favorably on her, despite her charitable donations and work to conserve of the town’s heritage. But when she died in 1924, crowds of people gathered outside her home, in celebration of her life and her indelible mark on English literature.

In recent years, Corelli’s novels have fallen into the background but Skyboat and Blackstone Publishing are here correct that! We are committed to rediscovering hidden classics and producing top-quality audiobooks to share these oft-forgotten stories with today’s listeners. We are proud to welcome Marie Corelli to the Skyboat family.

Listen to an audiobook sample on Skyboat’s SoundCloud

“Wealth acts merely as a kind of mirror to show you human nature at its worst.” –Marie Corelli, The Sorrows of Satan 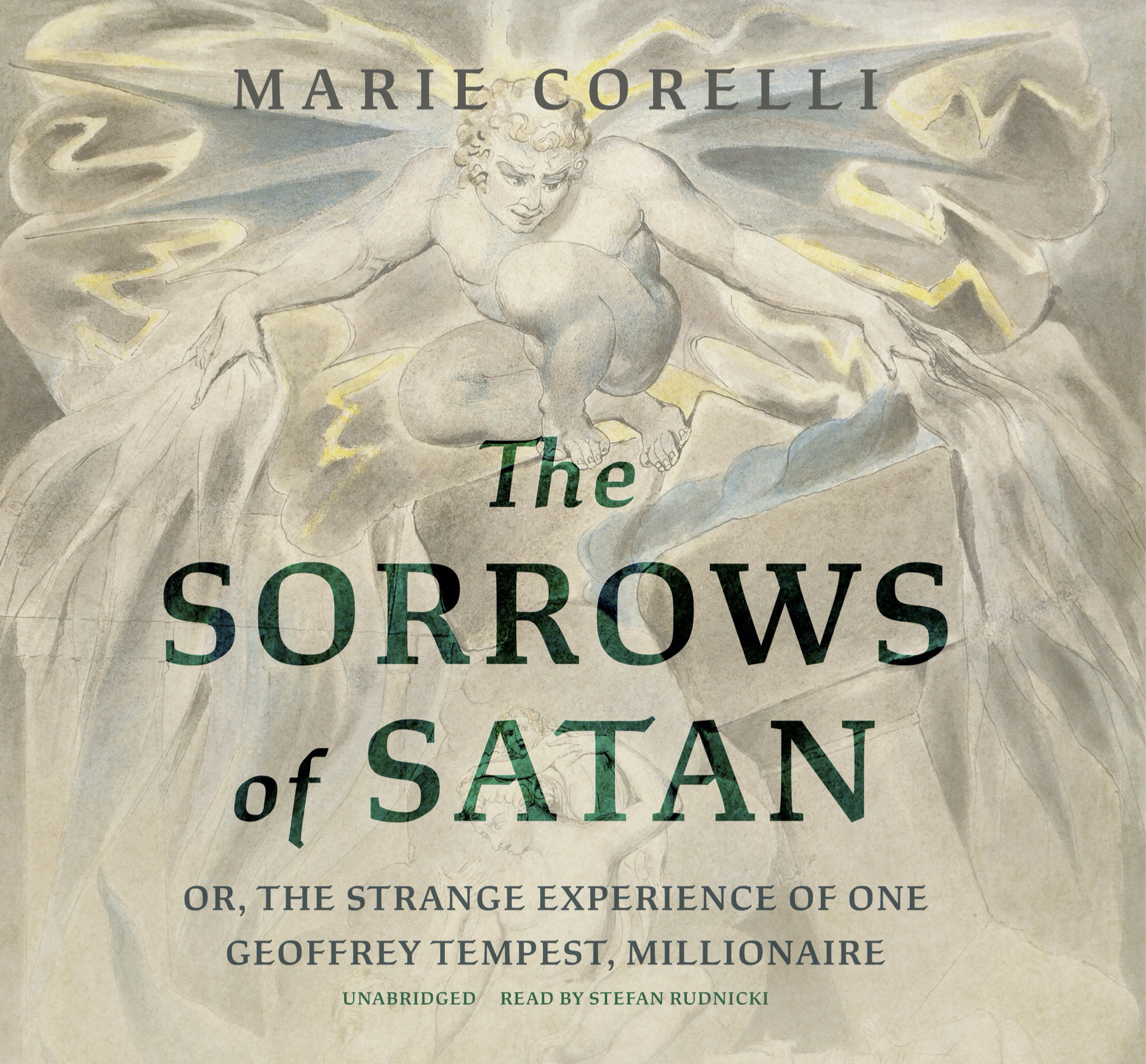 The setting is London, 1895, and the Devil is on the loose, in the guise of the handsome and charming Prince Lucio Rimânez. He is searching for someone morally strong enough to resist temptation, but there seems little chance he will succeed. Britain is all but totally corrupt. The aristocracy is financially and spiritually bankrupt; church leaders no longer believe in God; Victorian idealism has been banished from literature and life; and sexual morality is being undermined by the pernicious doctrines of the “New Woman.”

Lucio sets his sights on Geoffrey Tempest, a starving novelist who has just inherited a fortune, and promises to show Geoffrey how best to invest his newfound wealth. As the tragic story of Geoffrey’s meteoric rise and fall unfolds, Marie Corelli exposes the hypocrisy and immorality of modern life in this Faustian novel and bestseller of its time.

And we are delighted to announce that that Skyboat will be bringing more of Marie Corelli’s works to audio in 2021. Stay tuned!