In this third installment of the Red Angel Series, Anna Paulus has a new challenge.

After concluding the Raiders Case, Anna’s team at the Naval Intelligence Agency (NIA) is split up.  Each member, including Anna, is promoted to a full commander.  This should be a good thing.  The NIA wants her to move to Eastar to manage the NIA station.

The thing is, Anna would have to leave the only real home she’s known since her parents died.  Her past experience with new people hasn’t been great, especially because of the red-headed krait that must stay with her at all times.  It’s hard to make friends with a poisonous snake attached to you.  And when you’re the youngest commander in the Navy, resentment is sure to follow.

Despite her reservations, Anna takes on the new responsibilities.  She’s put on the case of a group of missing merchant ships.  They had gone missing without a trace and appear to have been hijacked.  Who’s responsible?

Anna also uncovers two possible threats to the United Alliance of Stars empire.  Can those threats be neutralized?  And in time?

Purchase your copy today and find out!

Where did it all begin?

Both are available on downpour.com. 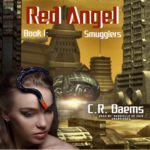 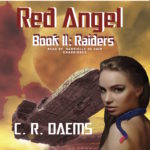