THE CIA AS ORGANIZED CRIME: How Illegal Operations Corrupt America and the World 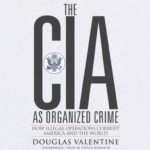 ...courageously takes us inside the CIA's most shameful extralegal operations, exposing an intelligence service gone rogue. He is a sentinel of the public interest, and his book is a public service.

“May you live in interesting times.”-Unknown

Well, we do live in interesting (and scary) times.  This has never been clearer as it is in THE CIA AS ORGANIZED CRIME: HOW ILLEGAL OPERATIONS CORRUPT AMERICA AND THE WORLD.

Listen as award-winning narrator Stefan Rudnicki guides us through the illustrious and sinister workings of the Central Intelligence Agency, known to most of us as the CIA.

It all began when author Douglas Valentine was granted permission to interview CIA officials who had been involved in the Phoenix Program in South Vietnam.  This program was a system of population survellance, control, entrapment, imprisonment, torture, and assassination.

Though CIA Director William Colby gave permission, Colby came to regret it.  The CIA then rescinded its permission and did everything they could to stop the publication of Valentine’s book, THE PHOENIX PROGRAM. While researching his book on the Phoenix program, Valentine discovered and wrote about the links between the CIA and federal drug agencies, the very agencies that are supposed to prevent illegal drugs from entering the United States.  He later wrote THE STRENGTH OF THE WOLF and THE STRENGTH OF THE PACK based on interviews with senior officials.

THE CIA AS ORGANIZED CRIME contains excerpts from Valentine’s three previous titles in addition to articles and interview transcripts on a wide variety of subjects.