THE TOUCH OF PAN & OTHER STORIES by Algernon Blackwood. An Original Audiobook Compilation. CHANCE: A TALE IN TWO PARTS; THE MIRROR OF THE SEA: MEMORIES & IMPRESSIONS; THE ROVER; and ’TWIXT LAND AND SEA. Four audiobooks by Joseph Conrad, read by Stefan Rudnicki

Three Classic Audiobooks by William Le Queux: THE GREAT WAR IN ENGLAND IN 1897, THE EYE OF ISTAR, and THE TEMPTRESS

By Gabrielle On July 2, 2021 · Add Comment · In Classics Library, Featured 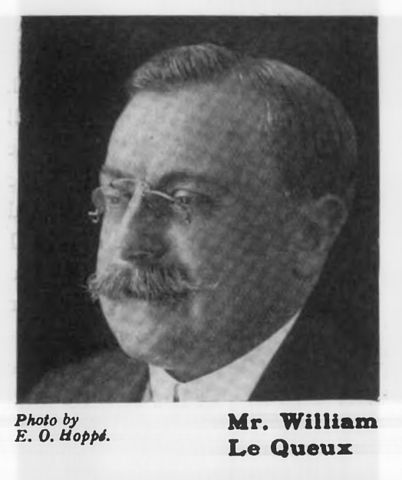 William Le Queux (1864–1927) (pronounced Le Q) was an Anglo-French journalist and writer, diplomat, traveler, flying buff, and wireless pioneer who broadcast music from his own station long before radio was generally available. He was phenomenally successful as a novelist and short-story writer, and many of his tales are based on his own exploits, albeit vastly exaggerated.

He is widely recognized as one of the first creators of the spy story genre, in which his diplomatic background, familiarity with European high society and his interest in technology combined to create a rich tapestry for his intrigues.

Le Queux envisions cataclysmic events as seen from the position of the world in 1894. Panoramic in scope (the word list includes over 500 English locations!), this gripping war adventure tale rests perfectly in consummate narrator Justine Eyre’s capable hands, who brings to bear her perspective,  intelligence, and, of course, extensive language skills. 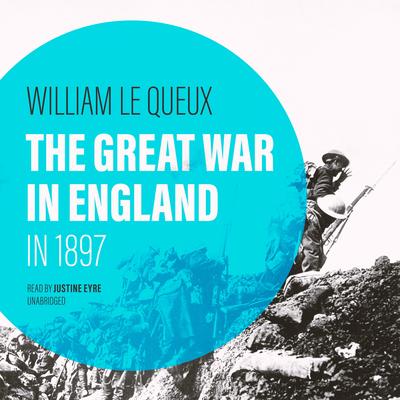 THE GREAT WAR IN ENGLAND IN 1897 by William Le Queux

In this imagined war, coalition forces led by Russia and France invade Britain and make several early advances, but the Germans land in Britain as allies and help to repulse the invasion. The brave English patriots, together with German soldiers, try to turn the tide.

Written twenty years before the start of World War I in 1914, Le Queux’s novel is considered to have influenced many subsequent works, including H. G. Wells’s The War of the Worlds.

“In this record of fact, adventure and strange marvels, I, Zafar-Ben-A’Ziz, called by some, El-Motardjim (“the translator”), on account of my knowledge of many tongues, am compelled to speak of myself.”

Narrator Mirron Willis dives into a tale of adventure and romance. 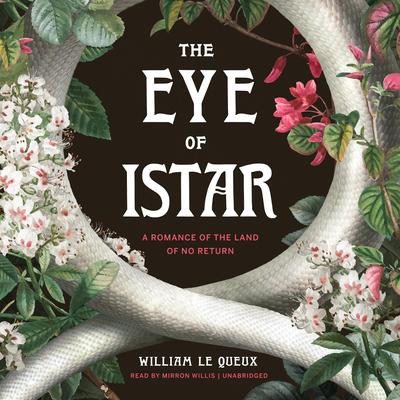 THE EYE OF ISTAR: A ROMANCE OF THE LAND OF NO RETURN by William Le Queux

Originally published in 1897, The Eye of Istar follows Zafar-Ben-A’Ziz on his return from London to his home in Omdurman, Sudan. While traveling through the Sahara, Zafar is taken prisoner by the “Veiled Men of the Desert,” and it is at the start of his imprisonment that he meets Azala, a Sultan’s daughter.

They fall in love, and Zafar is determined to free Azala from her isolated life in a harem. But he soon discovers a dark power connected to a mysterious mark shared by the pair that complicates his mission.

“You have yet to discover that you are dealing with one who can hold her own against the world!” 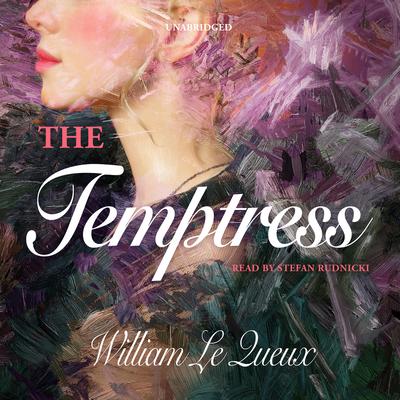 THE TEMPTRESS by William Le Queux

Murder on an omnibus? Marriage in a prison? Mysterious disappearances? William Le Queux’s The Temptress is chock full of sensational circumstances, and somehow they all trace back to the enigmatic Valérie Dedieu.

Hugh Trethowen, deep in debt and readying himself to flee from his creditors, is saved by the news that his older brother is dead and he has just inherited his family’s fortune. Not long after, he becomes acquainted with Mademoiselle Dedieu and falls in love with her. Hugh is intent on marrying her, against the staunch advice of his friend John Egerton. John tries to warn Hugh away from Valérie, but, unbeknownst to Hugh, John’s very freedom rests in Valérie’s hands. Though both Valérie and John think they have successfully kept Hugh in the dark about their secrets, fate intervenes and Hugh uncovers evidence that tips him off to his fiancée’s unsavory past.

Purchase your copies of THE GREAT WAR IN ENGLAND IN 1897, THE EYE OF ISTAR: A ROMANCE OF THE LAND OF NO RETURN, and THE TEMPTRESS today.