IN THE STUDIO: THE CANON OF JAMES HANKINS

It may only be a canon of three, but to say that these books by James Hankins have made an impression is perhaps the understatement of our recording quarter.  BOOM.  (That was the cannon. Sorry.)

Between DRAWN, an eerie paranormal tale in which a seemingly disconnected group of characters are mysteriously drawn toward each other; BROTHERS AND BONES, a tense and mysterious story set in the dark streets of Boston; and JACK OF SPADES, a gritty, noir-ish crime thriller in which a detective must catch a terrifying killer, well, let’s just say that things were getting a little creepy around the studio over the past few months.  In a good way, of course.  Hankins himself says that he wants to write books that “make you want to read one more page before turning out the light,” and trust us when we say that he has absolutely succeeded at that. 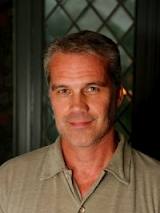 But even though these novels were written by the same author, each requires a different approach in terms of recording.  For BROTHERS AND BONES, we cast Tony Award-winning John Rubinstein as narrator for his ability to simply make words sing.  In addition, John’s been narrating Jonathan Kellerman’s Alex Delaware series since its inception, so we knew he was more than capable of creating a little suspense.

For JACK OF SPADES, we cast the incredible Arthur Morey for that natural and passionate grit we know only his voice can bring.  Get a sneak peek of Arthur hard at work in the video below.  We chose the lovely and talented Claire Bloom to direct these two vocal superstars.

The casting approach to DRAWN, however, was a bit more complex: four points of view morph into five—each of them varying in terms of age, race, gender, and personality—and while they all begin as strangers with their own clear chapters and story lines, things get a little more complicated once they begin to meet each other and overlap.  Yes, we could have done a single narrator, but by now you know our penchant for multiple-voice productions.  Gabrielle, as directress extraordinaire, spent long hours with the script to figure out whose point of view was whose, counting out the pages and deciphering the parts for each actor before launching into casting.  With multi-voice books, the challenge is always two-fold: each individual actor must be right for the part, but in addition, all of the voices must complement each other, making a certain kind of music as the story unfolds in your ears.  But for those of you who know us, you know that this was just the kind of literary hurdle Gabrielle loves to sail right over.

In the end, she and Stefan put together a cast of readers that—in our humble opinion—could not complement each other any better: Gabrielle de Cuir, Stefan Rudnicki, Paul Boehmer, Christian Rummel, and Vikas Adam.  All three books will be released by Audible tomorrow, so be sure to get your copies here!

But of course, we owe pretty much all resulting wonderfulness to Mr. James Hankins himself, as it takes a great story first and foremost to make a great audiobook.

2 Responses to IN THE STUDIO: THE CANON OF JAMES HANKINS