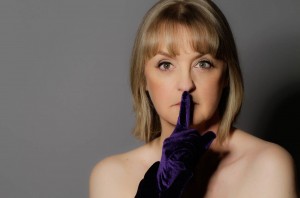 Connecting to the text, to the author, to the actors.

“It’s not often that you find patience and perfectionism together. But that’s what you get with Gabrielle de Cuir. A real pleasure to work with, she’s kind, perceptive, and caring, too.” 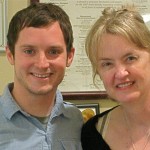 The Lord of the Rings and The Lady of the Audiobooks 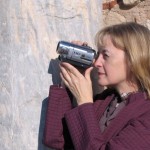 Gabrielle at the Acropolis on a recent photo shoot. 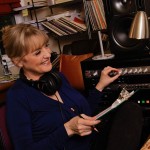 Gabrielle at the controls in Skyboat’s Studio A

In audio books: There is no other director more respected by actors than she. Her sensitivity to author intent, casting and directing abilities had led to a career as the most prominent female director in the audio book world. She works with equal ease and delight with Academy Award winning celebrities and first-time readers. Her goal is to create the ultimate atmosphere of trust in the studio, so that the reader can perform to the best of their ability. Her “velvet glove” director approach is legendary in the business.

In the booth: As a narrator, she brings immediate emotional connection to the text. Whether performing a Chihuahua in the Harry and Bella Series for Reading Rainbow, to voicing a blood sucking vampire in V-WARS, her range is astonishing. Languages come easily to her, and she has a perfect ear for accents. Gabrielle received an AudioFile Earphones Award for William Campbell Powell’s EXPIRATION DAY and C.W. Gortner’s THE FIRST ACTRESS: A NOVEL OF SARAH BERNHARDT.

“She always drives me to be better, do more, dig deeper and find the freedom inside a story.”

“She has a rare and wonderful ability to seize on exactly what is required to bring a story to life.” 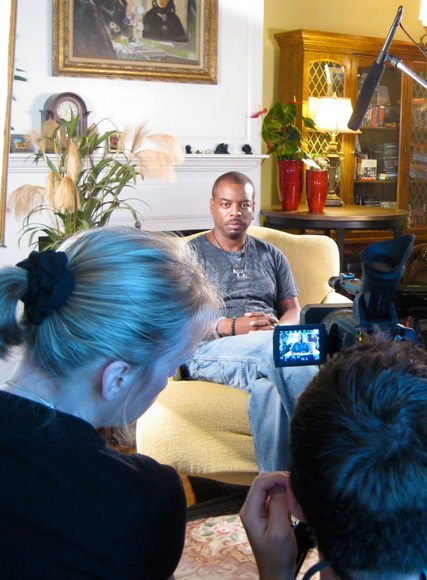 Behind the camera during interview with LeVar Burton 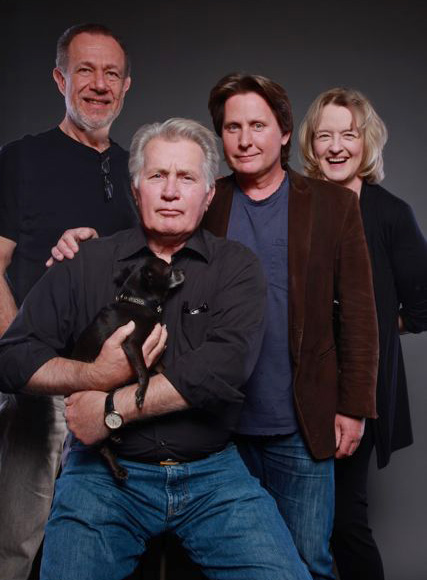 During the recording of ALONG THE WAY for Audible.com with Martin Sheen, Emilio Estevez, Stefan Rudnicki and a Pooch.

Behind the camera: She is the writer and director of the Award winning short film THE DELIVERY which deals with an Alice-in-Wonderland version of audio books.

In front of the camera: Gabrielle’s film credits include Ghostbusters, American President, and Fright Night. She has recently completed shooting for TV pilot “What’s Cookin’?” Gabrielle has appeared in commercials for Sheraton, Safeway and Toyota.

“These high-performing, high-maintenance authors and actors need to be cajoled, inspired and pushed in about equal measures. Gabrielle has always successfully completed each project on time, within budget and with nothing short of encomiums from these high-flyers.”

Back stage: Gabrielle has directed over 20 plays in the Los Angeles area. Her new translation and direction of DEATH TAKES A HOLIDAY at the Knightsbridge Theatre won her numerous Awards. She has directed and produced full cast versions of Gilbert and Sullivan’s Ruddigore and Pirate of Penzance. She also wrote and directed her mystery comedy MURDER, MURDER!! Which was produced by the Glendale Canter Theatre 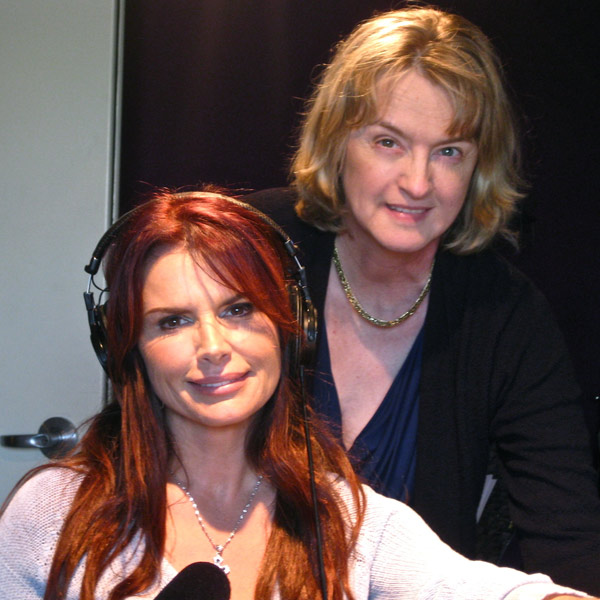 Touched by Roma Downey during recording for Zondervan

On Stage: A graduate of UCLA’s Theatre Department, she has appeared in over 50 Los Angeles area theatre productions. Her classical credits include Winter’s Tale, Richard II, A Midsummer Night’s Dream and Macbeth. She has played the leading roles is Mrs. Warren’s Profession, Can-Can, The Miracle Worker, Agnes of God and Accomplice.

At Daddy’s Knee: She spent her childhood in Rome growing up with her wildly artistic and cinematic father, John de Cuir, four-time Academy Award winning Production Designer. She is fluent in the Romance languages and has an unusual appetite for visual delights which she comes by honestly.

“She is capable of creating an emotional space within which excellent work is possible – safe, sure, resonant with her own passionate sensibility, encouraging, sustaining and shaping the best work of those around her.”

“Gabrielle is not only the first audiobook director I ever worked with, but also the best. The only negative thing I could say about Gabrielle is that I can never work with her often enough.”