Suzanne Hagelin is the author of BODY SUIT, NEBULUS, and THE DENSER PLANE, Books 1, 2, and 3 of the Silvarian Trilogy. Tackling Mars colonization, the role (and responsibility) of humanity in building AI, and genetic engineering – not to mention some complex family drama – these books are thrilling science fiction adventures with dynamic characters (both human and otherwise). Gabrielle de Cuir and Stefan Rudnicki were delighted not only to publish these audiobooks under our Skyboat banner but also to voice all three as a team. 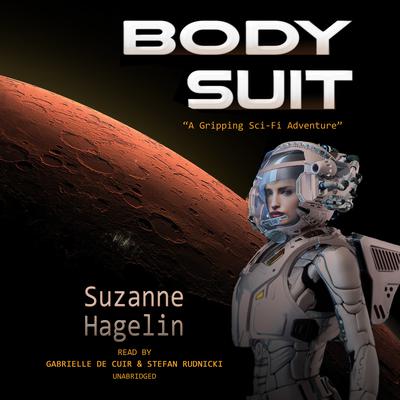 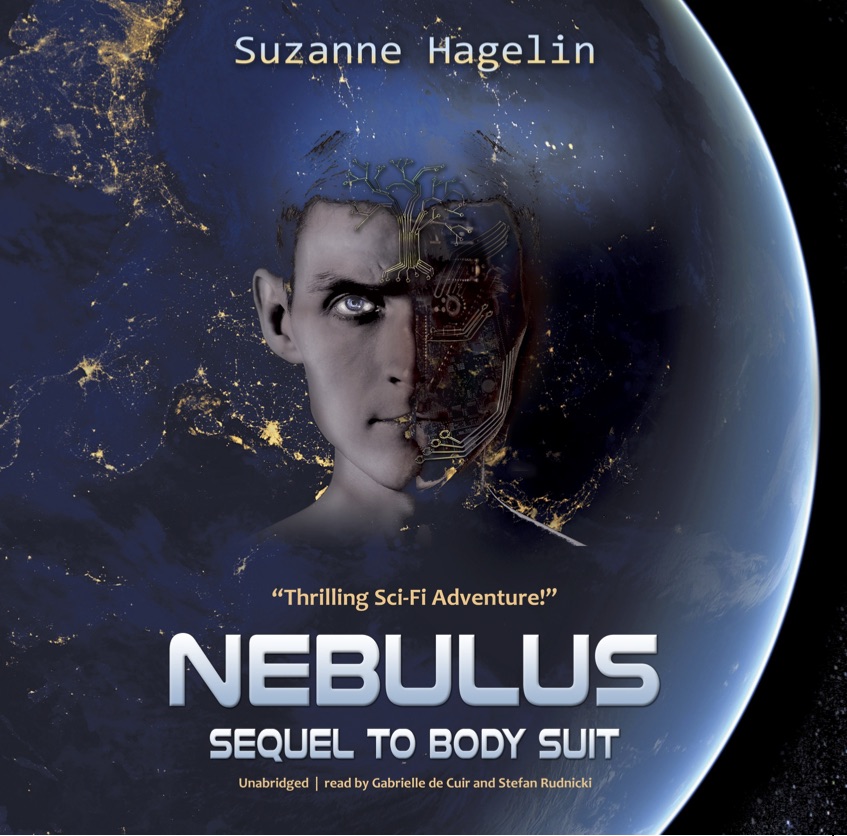 It’s finally here: The culmination of The Silvarian Trilogy, THE DENSER PLANE takes the series to a whole new level. Literally! Travel to the moon with Silvariah and Walter to save Scarlet and battle with Lazarus Penn, check in with Dan, Carla, and Aurelia on Mars as they protect their small colony, and then find your way into… the Realm.

Stefan Rudnicki on THE DENSER PLANE:

“The scenes set in the Denser Realm broke new ground in a spectacular way. I’ve done my share of military SF, and these scenes stand with the best I’ve encountered. A rich and complex hierarchy, interesting characters with plausible motivations, and clear (if alien) action sequences.”

In this stunning conclusion to The Silvarian Trilogy, Hagelin brings us to the unique and lush world of the the Denser Plane through the eyes of R-rac Lorarye. Lorarye (Lor), is a new recruit joining in the Forces to restore the Calliarchal Realm. The Realm had once “been a radiant, expanding, seven-dimensional universe when one day, a timeline rent the very dimensions across the galaxies and expanses of space in a great cataclysm.” Now as part of the Forces, Lor must learn how to travel through the dimensions and stop the Realm from falling apart all together.

But just what do the Forces protecting the Weave of dimensions have to do with Silvariah and her family? You’ll have to listen to THE DENSER PLANE to find out!

THE DENSER PLANE: Book 3 of The Silvarian Trilogy by Suzanne Hagelin 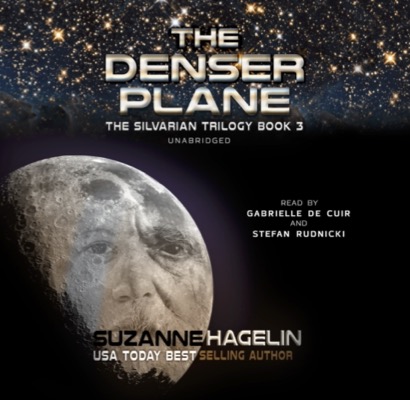 Silvariah and Walter’s little girl is in danger, and facing the tyrant, Penn, is the only recourse left. In a brazen act of desperation, they travel to the Moon, convinced it holds the secret to his nefarious empire.

They know Penn is baiting them.

When Scarlet disappears, they face off against their enemy with all their wits and strength, hoping it will be enough. Penn is confident he can’t lose – but there are factors no one could have anticipated.

Things like an independent little girl, a mercurial android…and the alien forces of the Denser Plane.

Listen to audiobook samples of BODY SUIT, NEBULUS, and THE DENSER PLANE on Skyboat’s Silvarian Trilogy Playlist on SoundCloud!

Suit up, grab those headphones and explore this gripping science fiction audiobook series. Purchase your copies of BODY SUIT, NEBULUS, and THE DENSER PLANE today!