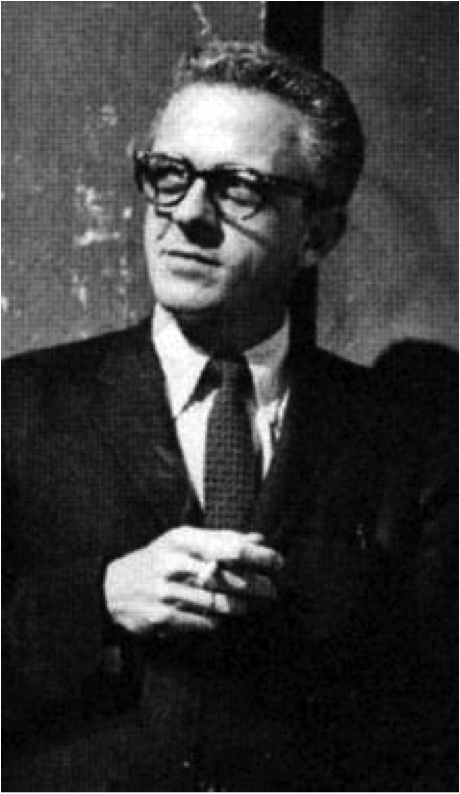 Ray Bradbury once called Charles Beaumont a pomegranate. This wasn’t due to the fact that Beaumont had a fruity disposition, but rather because the seeds of his labor had gone all over. Despite the fact that Beaumont (1929–1967) died much too young, he still is one of the most influential American authors in the subgeneres of horror and science fiction. The team at Skyboat has been in love with his short stories for many, many years, though most will remember him for his work in TV and film, particularly for his success in penning several beloved episodes of The Twilight Zone.

Skyboat is thrilled to publish not one, not two, but three of Beaumont’s works on audio. Actually, make that four. 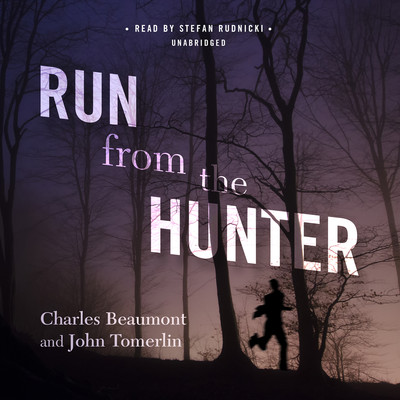 A classic “wrong man” suspense novel, RUN FROM THE HUNTER is a fast-paced, tightly plotted thriller about a man convicted of a crime he did not commit. En route to prison, there is a train crash, giving him the perfect opportunity to escape – and set out to prove his innocence. Sound a bit familiar? This novel inspired The Fugitive! Stefan Rudnicki narrates Beaumont’s thrilling debut.

“In his first published novel, Charles Beaumont demonstrates all the hallmarks of his future writings: a love for language, the mix of tense societal situations leading to an explosion of rage, in-depth character analyses, the use of vivid imagery, dramatic dialogue, sensitivity, a keen sense for societal commentary coupled with an eclectic style, and a vivid visual imagination.” —Harold Lee Prossner, The Live and Works of Charles Beaumont 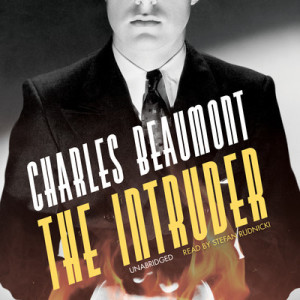 “He was a leader of men, but he was evil. He was a stranger, but he brought lust and love, rape and hate to this quiet southern town. He was … the intruder. It was a sleepy southern town with nice folks and good schools. Then the intruder arrived from the North. With him came trouble, fear, and hate so vicious it could turn neighbor against neighbor, child against child, white against black—and destroy them all.” –downpour.com

And now, on to stories!

Originally published in 1960, NIGHT RIDE AND OTHER JOURNEYS was Beaumont’s third collection of stories. It includes one of his most famous tales, “The Howling Man,” which Beaumont la 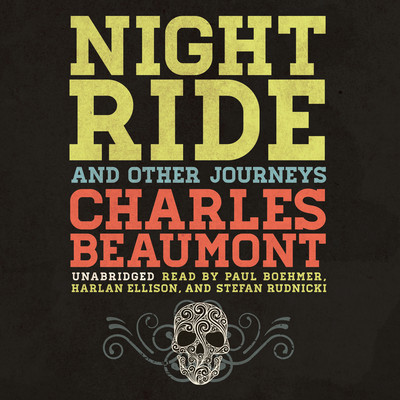 ter adapted into an equally famous TZ episode. This collection is narrated by Stefan Rudnicki, Paul Boehmer, and the one and only Harlan Ellison, who met Beaumont back in Chicago many years ago and shared a great friendship with him. The savvy Susan Hanfield directed.

And since one collection of Beaumont’s stories simply isn’t enough, we are pleased to report that THE HUNGER, AND OTHER STORIES is currently being recorded (by some killer narrators). 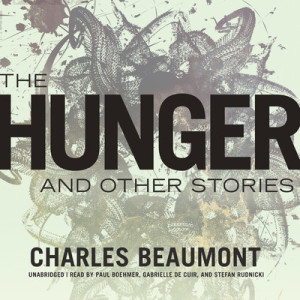 Published in 1957, THE HUNGER, AND OTHER STORIES is Beaumont’s first collection and has been called by the N.Y. Herald Tribune “Extraordinary … gives Mr. Beaumont undeniable stature as an artist.”

Be the first to get what August Derleth of the Chicago Tribune called “A memorable first book of fiction, one which belongs on any shelf of the best contemporary weird tales.”

Ranging in tone from the chilling gothic horror of “Miss Gentilbelle,” where an insane mother dresses her son up as a girl and slaughters his pets, to deliciously dark humor in tales like “Open House” and “The Infernal Bouillabaisse,” where murderers’ plans go disastrously awry, these seventeen stories demonstrate Beaumont’s remarkable talent and versatility. Narrated by Paul Boehmer, Gabrielle de Cuir, and Stefan Rudnicki. –downpour.com

Your full Table of Contents for THE HUNGER, AND OTHER STORIES:

A Point of Honor – Stefan Rudnicki

Tears of the Madonna – Stefan Rudnicki