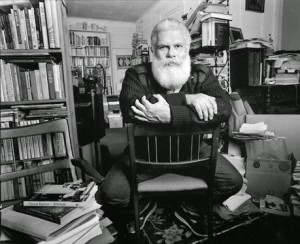 Stefan Rudnicki has been a fan of Delany’s for many years and Skyboat is thrilled, and humbled, to be bringing his ground-breaking work to audio for the first time ever.

BABEL-17 was nominated for a Hugo Award in 1967 and tied with Flowers for Algernon by Daniel Keyes for the Nebula Award for Best Novel that same year. “It is a fascinating tale of a famous poet bent on deciphering a secret language that is the key to the enemy’s deadly force, a task that requires she travel with a splendidly improbable crew to the site of the next attack,” from our friends at Blackstone Audio’s Downpour.com.

Combine Delany’s vivid prose with Stefan’s lyrical narration and, well, this is one you won’t want to miss.

Up next? Stefan has just completed the recording of DHALGREN by Mr. Delany. Listen to the clip below for a preview of the complexities of this author’s amazing work.

Purchase your copy of Babel-17 today at Downpour. Also available on iTunes and at Audible. As always, we appreciate your support.