SkyBook: THE AVRAM DAVIDSON TREASURY: A TRIBUTE COLLECTION edited by Robert Silverberg and Grania Davis Mike Hammer Series: MASQUERADE FOR MURDER, MURDER, MY LOVE and KILL ME IF YOU CAN by Mickey Spillane and Max Allan Collins 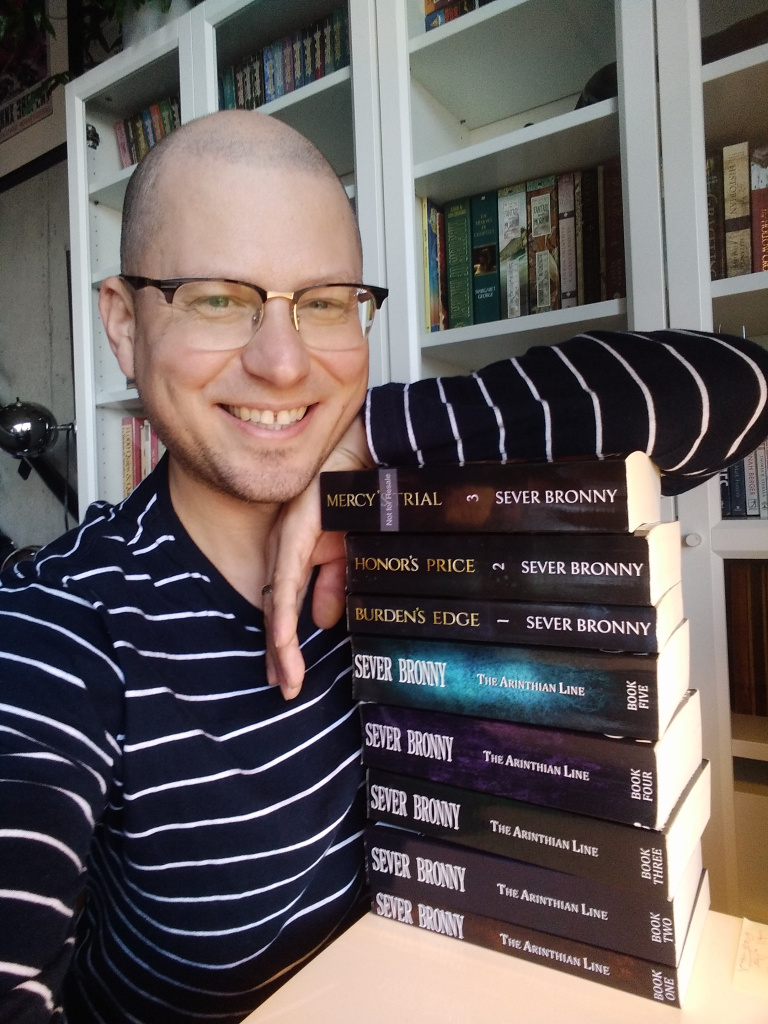 Way back in 2015 we bestowed the title of “Audiobook Stars of Tomorrow” on Sever Bronny’s ARCANE (The Arinthian Line, Book 1). Well, it’s 2020 and we are delighted to report that Sever has exceeded our wildest dreams. Stefan Rudnicki has now narrated all FIVE (count ‘em, five) audiobooks in The Arinthian Line Series, published by Skyboat Media and Blackstone Publishing. Five audiobooks narrated by Grammy and Audie-winner Stefan Rudnicki? Sever is an Audiobook Star of Today!

“Where the author gets you hooked is that nothing seems forced, the plot rolls out naturally, and the magic and sorcery have merit and a quality based on believability.” —Vancouver Writer on ARCANE

Sever Bronny, who devoured the Dragonlance books while growing up, is now a full-time author living in British Columbia, Canada. The Arinthian Line is his first series, consisting of ARCANE, RIVEN, VALOR, CLASH, and LEGEND. His second series is titled Fury of a Rising Dragon, and begins with BURDEN’S EDGE. Both series were inspired by “youthful adventures as a Polish boy scout. And Harry Potter.” Sever is super approachable and loves to hear from readers (and listeners). You can send him an email, follow along on his blog, and subscribe to his newsletter.

Sever was incredibly hands-on in the audiobook recording process, including sending audio clips of the spells so Stefan would deliver the perfect incantations in the audiobooks!

Curious? Listen to samples of all 5 audiobooks in Skyboat’s ARINTHIAN LINE SERIES playlist on SoundCloud!

“Then we best prepare…”

The crowd dispersed, muttering amongst themselves. A few even ran.

Augum watched them go. “Prepare for what, Sir?”

Sir Westwood spat on the ground and took the proclamation from Augum. He stared at it. “For the inevitable.” –Excerpt from ARCANE 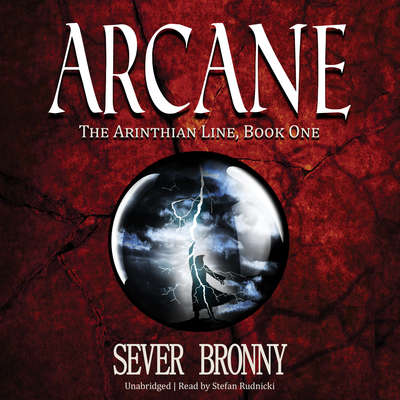 ARCANE, the debut novel in the fantasy adventure series the Arinthian Line, follows three friends as they navigate an ancient, abandoned castle, endure grueling training, challenge old mysteries, and learn that a bond forged in tragedy might just be the only thing to save them from a ruthless enemy.

“The author has created a fantasy world that pulled me in and captivated me….This story started strong, stayed strong and ended leaving me wanting more immediately…”–Nerd Girl Magazine’s review of ARCANE

Lucky for us, the adventure continues in 4 more books! 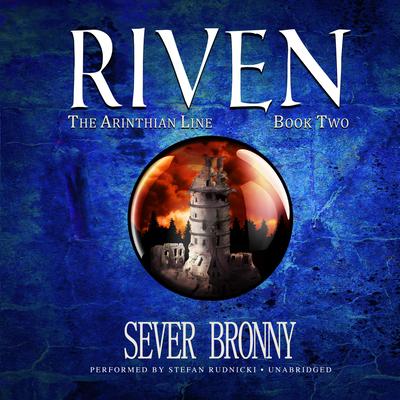 Augum, Bridget, and Leera want only to study new spells and make their legendary mentor proud. But when she unexpectedly departs on a crucial quest, they run afoul of a devious old witch and are forced to make a hasty getaway—straight into the hands of a notorious maniac known as the Blade of Sorrows.

Prisoners of the Blade and his sadistic apprentice, the trio must face their greatest challenge yet: escape using nothing but an ancient spell with some nasty side effects. But more than their lives are at stake, for an entire kingdom’s hopes rest with their mentor—and she’s heading for a deadly trap. 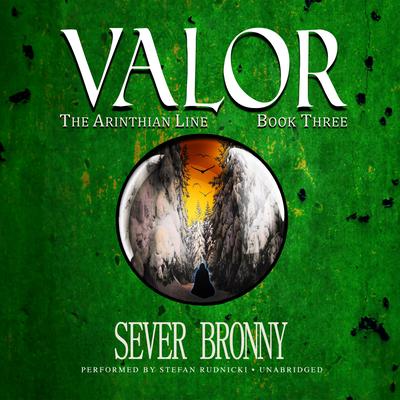 Apprentice warlocks Augum, Bridget, and Leera have reunited with their legendary mentor, Anna Atticus Stone. But her epic battle with the diabolical Lord of the Legion has taken a toll, and now she suffers from a deadly arcane fever. To revive her, Augum will have to earn the respect of a warrior people … by facing his childhood tormentors.

Meanwhile, Augum and Leera’s feelings for each other are complicated by the upcoming Star Feast, a magical midnight dance to mark Endyear. Their revelry will have to be short-lived, however, for a perilous quest beckons—the trio must infiltrate an ancient castle that will pit them against enemies old and new, while testing every ounce of their skill and courage. 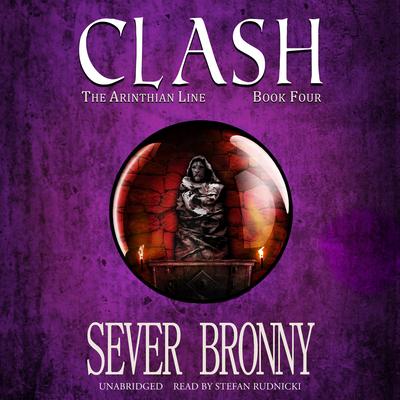 Warlocks Augum, Bridget, and Leera are finally able to relax after a grueling ordeal in Bahbell. But their fugitive mentor, the legendary Anna Atticus Stone, tasks them with a dangerous new quest – sneak into an ancient library and research an artifact that could devastate the Legion, and turn the tide in the war.

Their substitute mentor Leopold Harvus, however, is an obsessive and petty man with a distaste for anything untoward, particularly Augum and Leera’s affections for each other. As their studies suffer from his meddling, Harvus finally pushes Augum too far – leading to a brazen act of rebellion that plunges the trio and their quest into mortal peril, for Harvus quickly proves he is not a man to be trifled with. 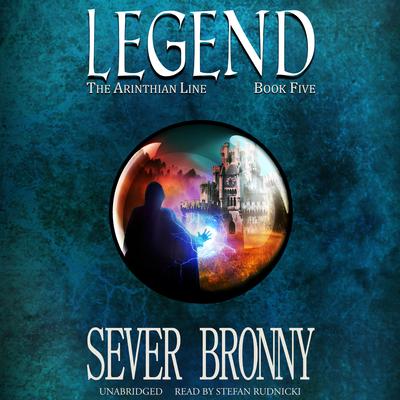 Imagine a spell that can age you a lifetime in heartbeats, turn loved ones into enemies, and set demons upon your soul…and imagine having to use it to save the kingdom.

Battle-tested Augum, Bridget, and Leera prepare for a final confrontation with the increasingly vicious Lord of the Legion. To face him, they must master a hopelessly complex spell they can only learn from their legendary mentor, Anna Atticus Stone.

But with a kingdom hurtling toward annihilation, Anna Stone’s health failing, and relationships crumbling under the stress, the trio face the most painful decisions of their lives. For the slim chance of victory, they’ll risk everything on a daring plan – one that, whether it triumphs or fails, will exact a terrible price.

LEGEND clocks in at over 26 hours. Talk about going out with a bang.

Just as Augum, Bridget, and Leera grew over the course of the series, Skyboat grew as a publisher right alongside them. These characters — and their author — will always have a special place in our hearts.