In SMUGGLERS (Red Angel, Book I), we meet Anna Paulus, a young girl who is the only member of her family to survive the deadly Coaca virus. She does this with the help with a rare, red-headed krait, which she believed was sent to her by a Red Angel to take her to her dead parents.  The krait must stay with Anna at all times or she will die.

As Anna grows up, she develops a gift for codebreaking which leads her to be recruited by the Naval Intelligence Agency. She and a special team are tasked with taking down a ring of interstellar smugglers. 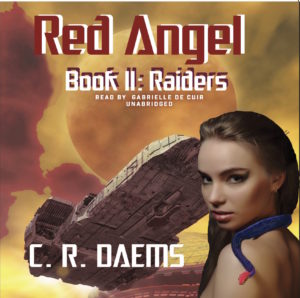 In RAIDERS (Red Angel, Book II),  Anna and her team at the Naval Intelligence Agency (NIA) are assigned to stop a group of highly intelligent and extremely well-organized foreign raiders. The raiders hit several planets with very high value targets and leave no witnesses.  They take anything from computer chips to gems to paintings. They also seem to know everything about the security systems of their targets.

Can they be stopped? Especially when the raiders have decided that killing Anna and her team is a perfectly acceptable solution to their problem? 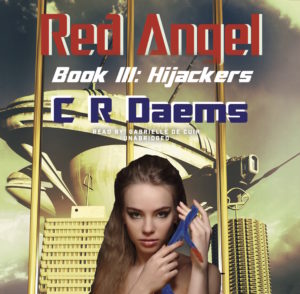 In HIJACKERS (Red Angel, Book III), Anna becomes a full commander and is assigned to manage the NIA station at Eastar. Seven merchant ships have gone missing in the last year. They appear to have been hijacked and it’s up to Anna to find out who’s responsible and put a stop to it.

Anna also becomes aware of two threats to the security of the United Alliance of Stars empire. They threaten not only the fabric of the empire, but Anna herself. If she hopes to survive, she will need the help of her Red Angel. 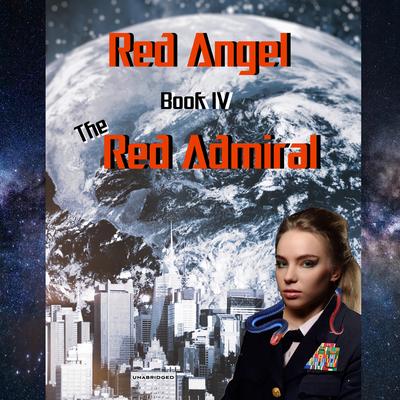 In THE RED ADMIRAL (Red Angel, Book IV), Anna’s success as the Eastar NIA station chief has catapulted her into the position of Director of NIA Stations. Anna is uncomfortable with the promotion and she suspects not all of her commanders are happy with their new, very young admiral or are doing their jobs. A personal request from Admiral Webb to look into a friend’s missing daughter provides Anna an excuse to tour her NIA stations. While dealing with resentful station chiefs, she discovers women who meet a very specific profile are being kidnapped across the UAS.

Anna manages to unravel the mystery, but she finds stopping the criminal organization and freeing the kidnapped women will take years. Unless … Anna is willing to disregard the laws that safeguard the innocent and that are protecting the criminals and very influential people the criminals’ activities support. Actions that will open her to prosecution and life imprisonment if plots to retire her early and permanently don’t succeed first. 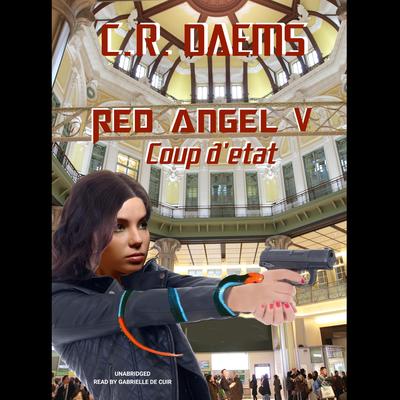 In COUP D’ETAT (Red Angel, Book V), an insidious cabal has decided to change the direction of the United Alliance of Stars (UAS) with a coup d’etat—but not through a military takeover. They have devised a subtler coup: the manipulation of the Committee, the fifteen-star system that sets policy for the UAS. This group of terrorists, calling itself WEP—for “We the People”—have issued an ultimatum: revise the UAS Constitution, or they will kill those who oppose the change.

The UAS Committee enlists Anna Paulus to shut down the cabal. Anna soon realizes that things are not what they seem. The cabal is only months from succeeding—and only Anna and her red-headed krait stand in their way. 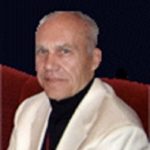 About the author: C.R. Daems served twenty-two years in the US Air Force and has worked as a software engineer, course developer, and adjunct professor, teaching mathematics and Computer Science. An avid reader of science fiction and fantasy, Daems began writing his first novel at age seventy.  This novel, “The Talon of the Raptor Clan,” was co-authored with Jeanne Tomlin and became a 2010 EPPIE finalist in Fiction/Fantasy.

Looking for more from C.R. Daems? Check out THE SHADOW SISTERS Series!