By now you know: Matt Helm is something special. And so is Stefan Rudnicki’s narration. (I mean have you seen the trailer for this series yet?!)

Quick refresher: Donald Hamilton published his first novel in 1947 and, in the span of 33 years (1960-1993), he published 27 books centered on Matt Helm, an undercover assassin working for a secret American government agency. (More info found in our previous blog post!)

After we rolled out DEATH OF A CITIZEN (Book 1) and THE WRECKING CREW (Book 2), Stefan got back in the booth here at Skyboat Studios and the adventures continue. Do they ever. Drumroll please… 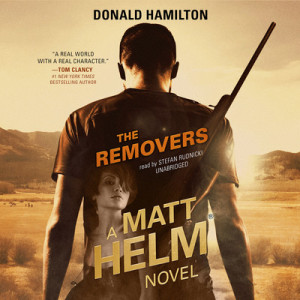 “If you were working for a criminal organization you’d be called enforcers. ‘Removers’ is a good word…”

THE REMOVERS (The Matt Helm Series, Book 3) by Donald Hamilton

A year after having been reactivated as a spy, Matt Helm receives a message from his ex-wife asking for his aid. The threat is an enemy agent named Martel, disguised as a mob hit man. To protect his family, Helm must remove the threat before his own children pay the ultimate price.

“She would have loved 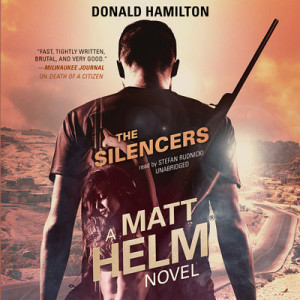 to cut my throat, but she was saving me for a more excruciating fate.”

THE SILENCERS (The Matt Helm Series, Book 4) by Donald Hamilton

Matt Helm, code name Eric, is sent to extract a female agent working as a stripper in a bar in Mexico. When she is killed before Helm can complete his mission, he finds himself teamed up with the woman’s sister as he fights to save the lives of a group of scientists and American officials. 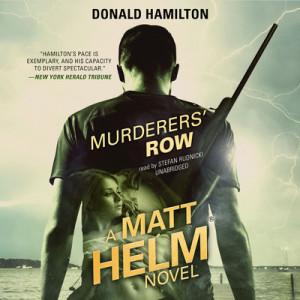 “They call it Murderers’ Row but we’re not supposed to talk about it. Not even in whispers.”

Matt Helm has been given a distasteful assignment. He is to disguise himself as gangster Jimmy “the Lash” Petroni and assault a fellow agent in order to help establish her cover in a top secret operation. But things don’t quite go according to plan, and now Helm must take her place on a dangerous mission. Alone in Chesapeake Bay, pursued by his own government, Helm must carry out an assassination—before his employers catch up to him. 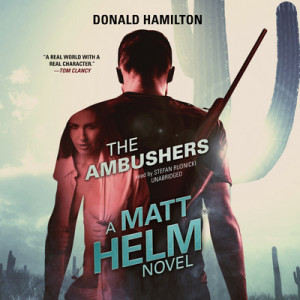 THE AMBUSHERS (The Matt Helm Series, Book 6) by Donald Hamilton

A quiet mission of assassination is no sweat for legendary agent Matt Helm—until a shapely foreign agent he never got around to finishing off lures him into a strange trek in the wilds of northern Mexico.

And when a Russian missile is smuggled out of Cuba, it falls into the hands of a political fanatic much too close to home.

“Across the nation the Shadowers 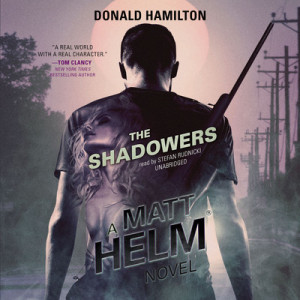 THE SHADOWERS (The Matt Helm Series, Book 7) by Donald Hamilton

In order to foil a mass assassination plot, Matt Helm must undertake his most dangerous mission yet: matrimony.

An agent like Helm might be a nice man to live with for a while, but he’s not the kind of guy a woman would marry—unless she has to in order to maintain an ingenious cover. The man whose daily bread is violence takes a most unlikely bride—just to ensure death doesn’t part them.

“His pacing is magnificent, as is his ability to tell a layered, complicated tale in streamlined, gripping fashion. For me, this is spy reading at its best.” —Noir Journal 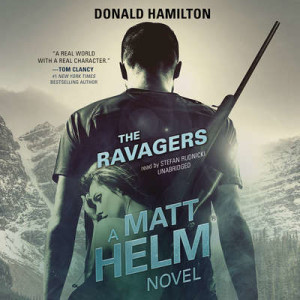 “They certainly were a tricky bunch, with their acids and their silencers and their disguised blowguns.”

THE RAVAGERS (The Matt Helm Series, Book 8) by Donald Hamilton

It was not a peaceful way to die, but there was nothing Matt Helm could do for his fellow agent. He had found him in a Canadian motel room, his once-handsome face eaten away, corroded by acid. Scratch one agent. The women wouldn’t be lining up for him now. But it created further problems. The most likely culprit was a woman Helm had orders to protect—no matter what the cost.” 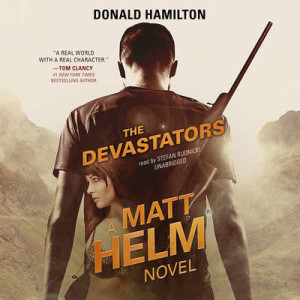 “Also known as the Black Death. A fine upstanding disease…”

THE DEVASTATORS (The Matt Helm Series, Book 9) by Donald Hamilton

Somewhere among the desolate Scottish moors is a half-crazed scientific genius who could devastate entire populations with one hideous, raging plague. It is Helm’s job to get him … with the help of a beautiful American operative who is supposed to be his wife, and a beautiful Russian operative who makes it clear she is his deadly enemy. 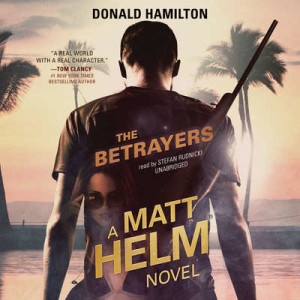 “Tonight you made love to me, then you got me talking over drinks, and then you betrayed me.”

THE BETRAYERS (The Matt Helm Series, Book 10) by Donald Hamilton

Far out in the Pacific among the sunny islands of Hawaii, a dark venomous plot is engineered by a rogue agent, an angel-faced man called the Monk, who has a special fondness for high explosives. His target is an American troopship with three thousand US soldiers scheduled to blow sky high—unless Matt Helm can stop him. But first Helm has to trust the beautiful stranger who claims to be his sister-in-law, and insists that his former “wife” had just willed him half a million dollars. 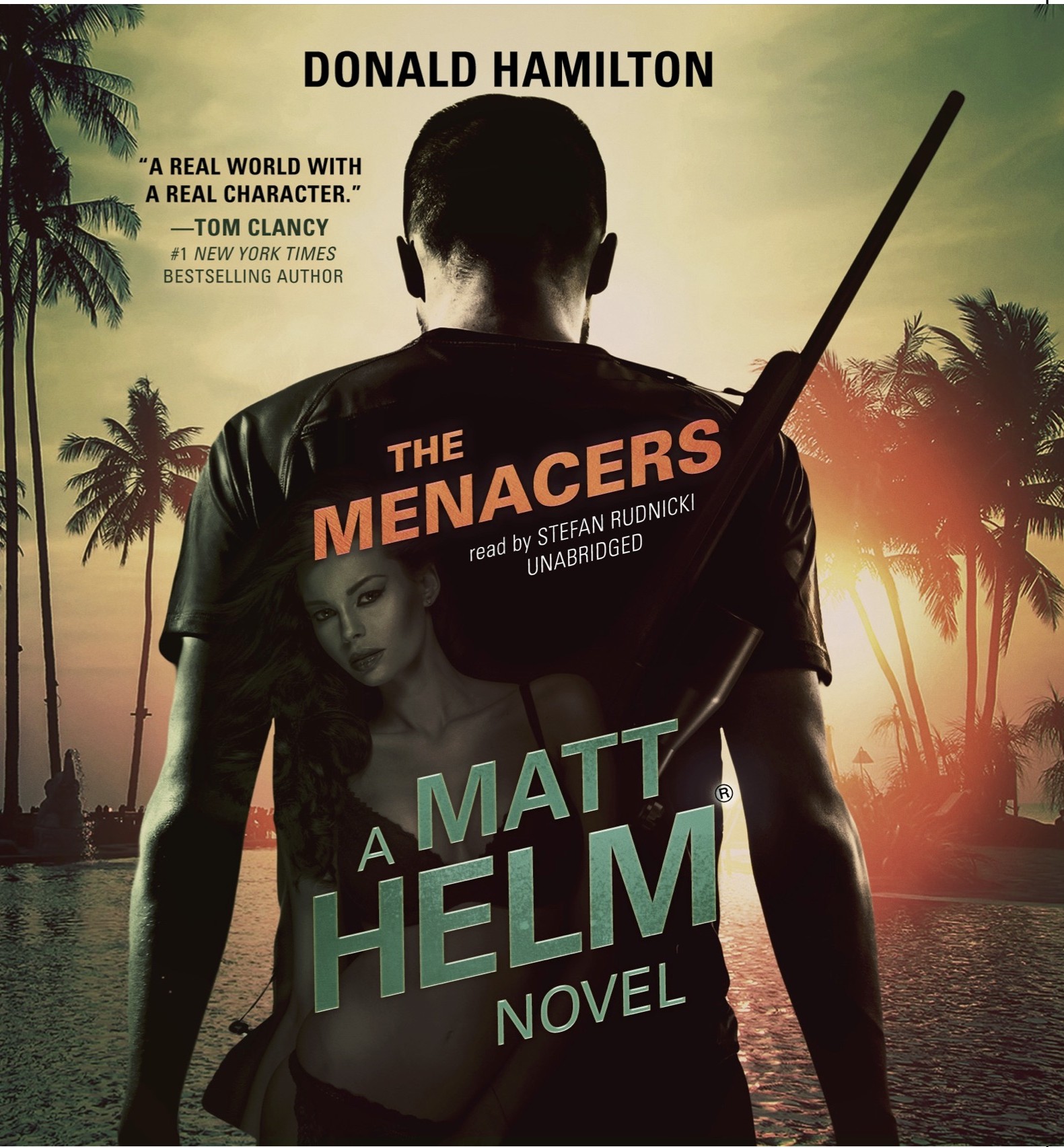 “I’m to sneak into a foreign country with an illegal weapon, perform an illegal abduction, maybe even an illegal homicide – but I’m to be careful not to hurt anybody’s feelings while I’m doing it. Yes, sir. Anything else, sir?”

THE MENACERS (The Matt Helm Series, Book 11) by Donald Hamilton

Matt Helm is puzzled. He’s been sent to Mexico to investigate the sighting of a flying saucer, but Helm doesn’t believe in little green men. Then his Russian opposite number is shot in her hotel, but who did it? And why are the Mexican cops acting so tough? Time to track down the redhead who called in the sighting and get to the bottom of the case. 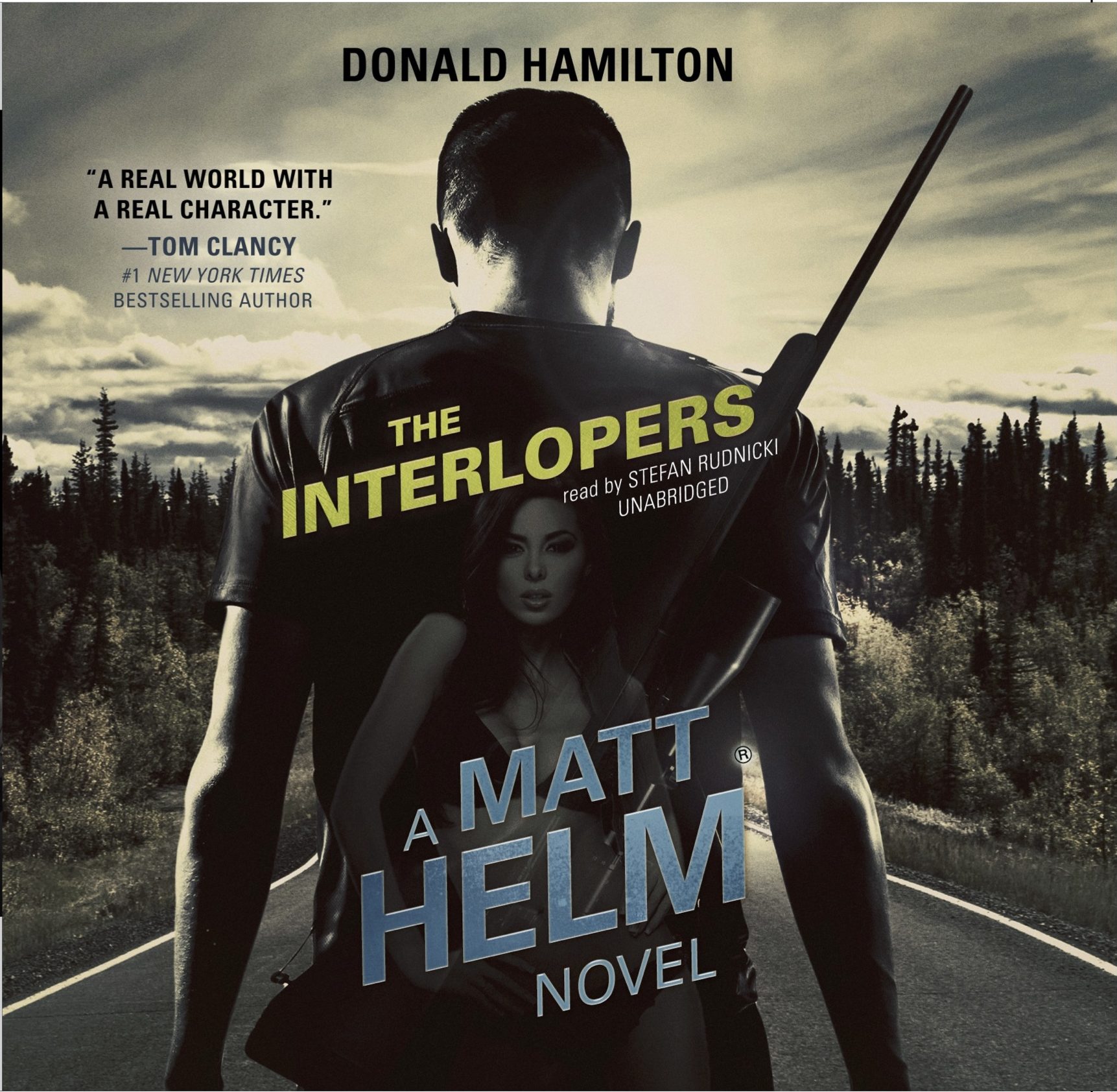 “When you’re hunting an animal that can smell you, you’ve got to figure your approach very carefully according to the wind; when man is the quarry you can forget such refinements.”

THE INTERLOPERS (The Matt Helm Series, Book 12) by Donald Hamilton

This time Mac has gone too far. For Helm to impersonate a Communist courier to whom he bears no resemblance is suicide—and that isn’t all. Someone wants to get the layout of the Alaskan Northwest Coastal Defense System, but they aren’t the goodies or the baddies. So who the hell are they? And who is the mysterious Holz that Helm is meant to kill?

“Helm is about as credible a figure as one can find in the espionage genre.” —New Republic, praise for the author

Books 1-12 in Donald Hamilton’s Matt Helm series were all published in the 1960s and are available now. Head over to downpour.com and get hooked on the series today. If you’re already all caught up (we are impressed!) and are ready explore the evolution of Helm in the 1970s, head over to our next blog post featuring Books 13-18! Happy listening!