IN THE STUDIO: THE CANON OF JAMES HANKINS NEWS FLASH on EGA!!!! Sound bite of the actual production! 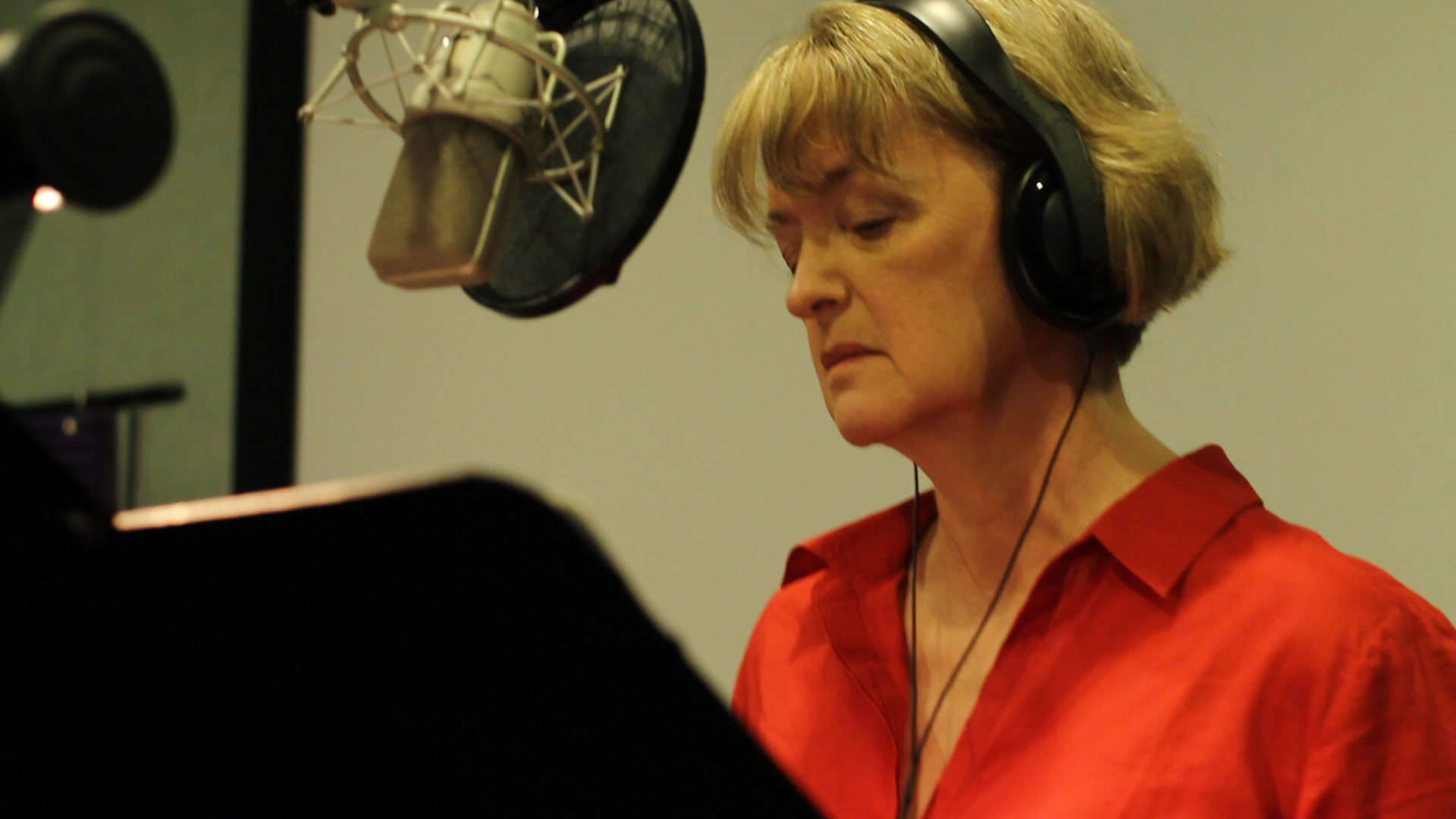 A very distraught Theresa Wiggin as Ender is taken away

In our previous EGA SPOTLIGHTS, we told you more about the actors who played the Wiggin children, but it’s important to remember that those progeny wouldn’t even exist without the likes of their parents, John-Paul and Theresa.  As bright and funny as they are loving, the Wiggin parents help to create the home life that Ender must choose to leave, and their situation also gives the reader—or, in our case, listener—an idea of what it’s like to be a family in the time of Ender’s Game. 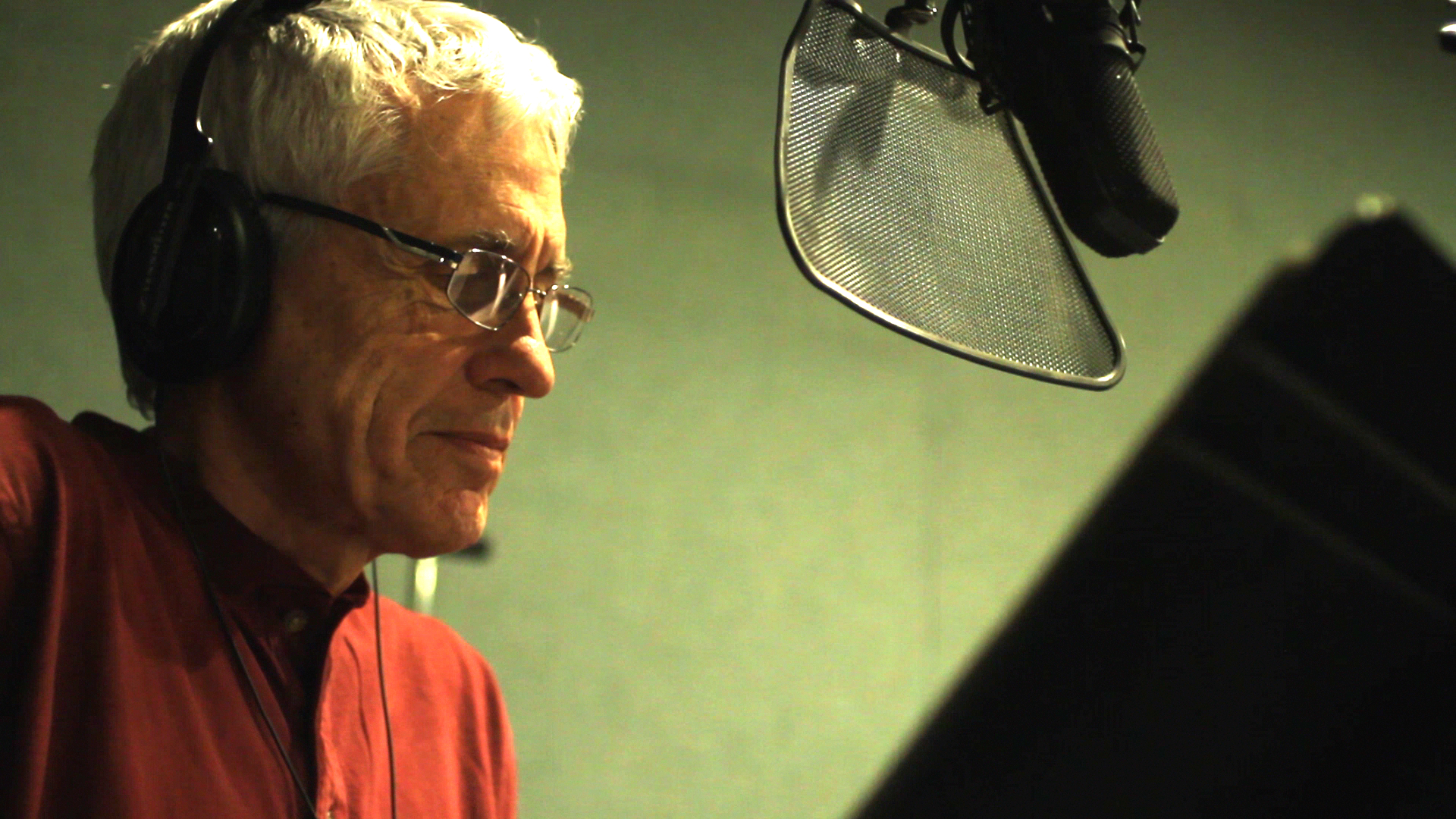 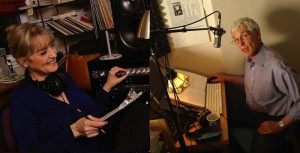 For John-Paul we cast award-winning narrator Arthur Morey.  Arthur has recorded over 200 audiobook titles, including work from John Updike, E.L. Doctorow, and Nathan Englander, just to name a few.  We love him for two reasons: first, because he is a downright joy to work with, and second, because of that incredible voice that even AudioFile Magazine called “a velvet hammer: at once compassionate, gentle, forceful, and authoritative.”  Here, here!  Arthur was the perfect match for John-Paul.  Not only did he bring the perfect amount of forcefulness and humor, but once we got him and Paul (as Peter Wiggin) in the booth together we realized just how much they truly sounded like father and son.

Here’s a taste of what went on in the studio at the Wiggin Breakfast Table with a quintet of amazing talent. Ender (Kirby Heyborne), Peter (Paul Boehmer), Valentine (Susan Hanfield), John Paul (Arthur Morey), and Theresa (Gabrielle de Cuir).

And who would play the part of John-Paul’s wife, Theresa?  Why, none other than our very own Directress Gabrielle de Cuir.  Gabrielle may be best known as the inspired Director of this dear project, but she is an award-winning narrator and actress in her own right.  In the original Ender’s Game audiobooks—that, ahem, Skyboat Media also produced—she actually played the part of Valentine.  But this time around she needed to focus on the project as a whole, and so she entrusted her beloved role to the lovely Susan Hanfield (even if it did take a little elbow grease; watch the video below to see what I mean).  Still, she wanted to have a little fun in the booth too.  After all, this is in incredible project!  She didn’t want to just sit there and listen the whole time.  She wanted to sing!  And sing she did.  As Ender’s loving mother Theresa.  When he finally gets into Colonel Graff’s car to head to Battle School, she cried out in such a way that we all had to hold back our tears.

Here’s an EGAD! (Ender’s Game Alive Drama) video where Gabrielle wrestles with giving away the role of Valentine to the lovely Susan Hanfield. She’s joking in this video, folks. Sort of.

So the Wiggins are out of the way, but keep tuning in for a full breakdown of each of our characters and actors.  See you soon!