THE DARK COUNTRY by Dennis Etchison 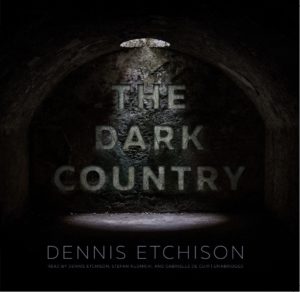 “Dennis Etchison is the finest writer of short stories working in this field, and the rest of us ought to learn from him.”-Ramsey Campbell

“The finest writer of psychological horror this genre has produced.”-Karl Edward Wagner

Check out this amazing review from Fantasy Literature.

Skyboat Media is proud to present the audio edition of “The Dark Country,” the classic collection of short stories by Dennis Etchison.

For someone who never set out to be a horror writer, Dennis Etchison is awfully good at it.  The title story for this collection won both the World Fantasy Award and British Fantasy Award in 1982, which is the first time that a single work received both awards.

At StokerCon 2017, Dennis Etchison was honored with a Lifetime Achievement Award from the Horror Writers Association.  This award is presented annually to individuals whose work has substantially influenced the horror and dark fantasy genres.  Other recipients include Stephen King, Anne Rice, Harlan Ellison, and Ray Bradbury.

Add all of this together with the narration skills of the author, Stefan Rudnicki, and Gabrielle de Cuir and you have an audiobook classic.

It Only Comes Out At Night. Read by the author.

Sitting in the Corner, Whimpering Quietly.  Read by Stefan Rudnicki.

We Have All Been Here Before.  Read by Gabrielle de Cuir.

Daughter of the Golden West.  Read by Gabrielle de Cuir.

The Pitch.  Read by the author.

You Can Go Now.  Read by Stefan Rudnicki.

The Machine Demands a Sacrifice.  Read by Stefan Rudnicki.

Calling All Monsters.  Read by the author.

It Will Be Here Soon.  Read by Stefan Rudnicki.

The Dark Country.  Read by the author. 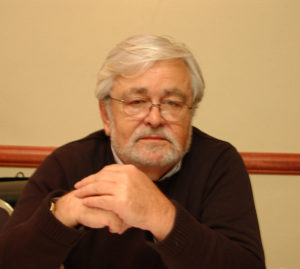 About the author:  Dennis Etchison is an American writer and editor of fantasy and horror fiction.  His stories have appeared in magazines and anthologies since 1961.  He’s also written hundreds of scripts for various radio dramas including “The New Twilight Zone Radio Dramas,” Fangoria’s “Dread Time Stories“, and Christopher Lee’s “Mystery Theatre.”   Other works include collections such as “The Dark Country,” “Red Dreams” and “The Blood Kiss” and the novels “Darkside,” “Shadowman” and “California Gothic.”  He has won the British Fantasy Award and the World Fantasy Award each three times and has been nominated for the Bram Stoker Award four times.